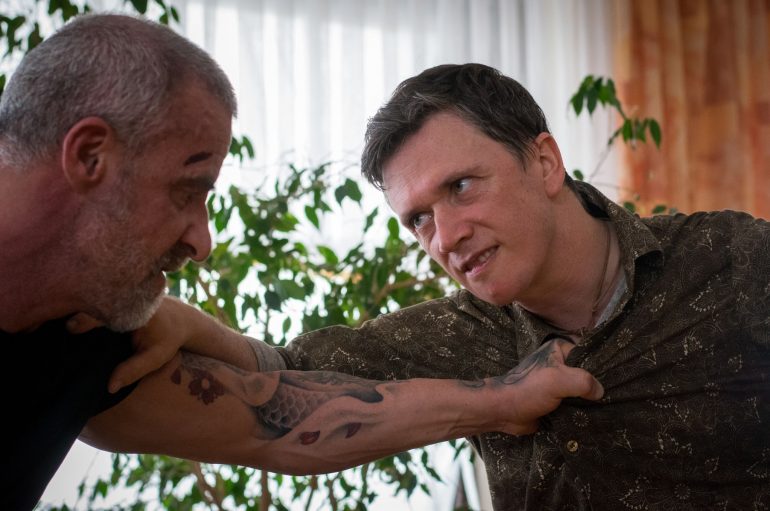 ‘JACK WALKER’ takes a satirical look at the difficulties of making a low budget action film, showing us the comedic side of working on a low budget independent film set. To boost the value of their indie title the crew hire ‘Jack Walker’, a fading 90’s action star that unfortunately is behind on the current times. Things are bad enough, with stunts going wrong and lacklustre catering, but then the film set is taken over by a gang of ruthless drug dealers! Walker and the film crew will have to fight for their lives if they hope to survive! Walker is played by stuntman and actor Stefan Morawietz (‘SKY SHARKS’, ‘IP MAN 2’) who has featured in numerous Chinese TV series, movies and commercials, as well as international films. Stefan has returned to his home country of Germany and is currently a successful personal trainer and fitness blogger.

Synopsis – Jack Walker is the prototype 90’s action star. But while the millennium has changed, he hasn’t. Jack is about to hit rock bottom when he almost misses his final chance for a comeback, and what a comeback it is. What started out as a low-budget, no-name CMovie becomes a game of life and death. When the crew is taken hostage by ruthless drugrunners it is up to Jack and the stunt team to fight their way out for real!

Co-producer Mike Möller has always been extremely passionate about martial arts and action films and ‘JACK WALKER’ perfectly combines the two. Moller began his professional career when he was hired to work as a stuntman with the legendary Donnie Yen (‘ROGUE ONE’, ‘IP MAN’). Since then, Moller has been nominated for the Taurus World Stunt Award in the Best Fight category for the movie ‘HALF PAST DEAD’. Moller’s own first indie martial arts film ‘ONE MILLION KLICKS’ won the award for Best Action Picture at the Movieville International Film Festival.