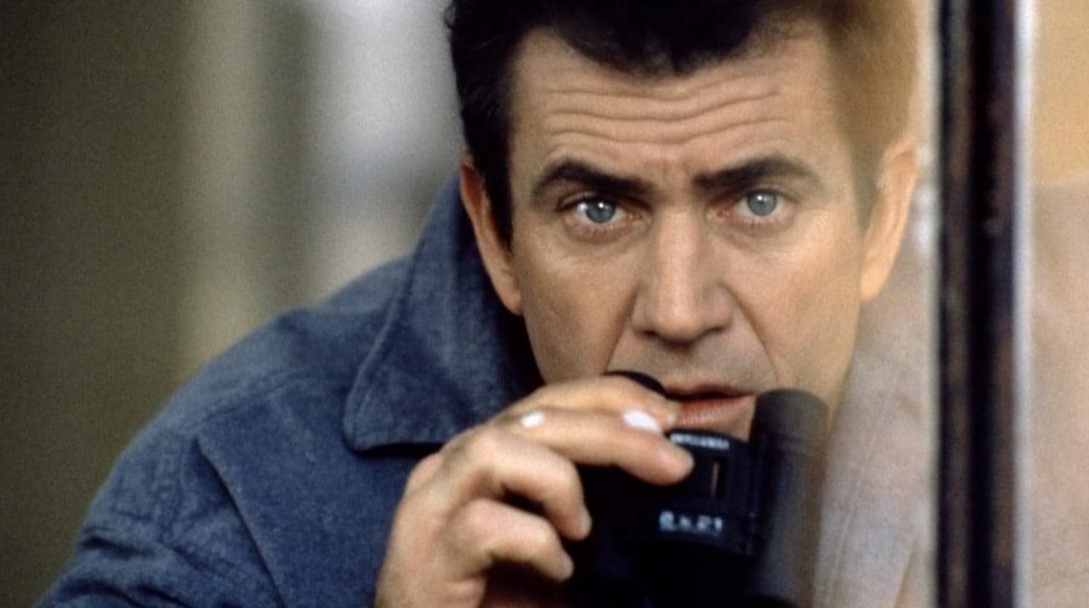 Conspiracy Theory may not have much action and it’s a little overlong but the performances are first rate with Gibson and Roberts making for an appealing duo.

Plot: A taxi driver with a penchant for conspiracy theories becomes a target after one of these theories turns out to be true. Unfortunately, to save himself, he has to figure out which theory it is.

Review: Next up for our Richard Donner tribute is Conspiracy Theory starring Mel Gibson and Julia Roberts. I consider this more of a thriller than an action movie as there aren’t that many set-pieces but there are enough for us to cover it here.

In Conspiracy Theory Mel Gibson plays Jerry Fletcher, a taxi driver who is always talking about conspiracy theories (thus the title) and believes that everyone is out to get him. He soon finds out that there’s a reason for it and there are indeed people after him but he doesn’t know why. So he looks for Alice Sutton (Julia Roberts) who is the only person that treats him like a human being and the pair end up on the run from a shadowy figure called Jonas (played with particular relish by Patrick Stewart) and his cronies.

Jerry is hard to take to at first and is a complicated character to root for, but Gibson makes him somewhat pathetic and despite his apparent craziness we do still want him to succeed as we slowly find out that he was right all along.

Julia Roberts is arguably the hero of the piece, and her character Alice Sutton is incredibly sympathetic; because Jerry protected her from muggers once she puts up with a lot from him. He pesters her regularly with his ramblings and I’m surprised she never gets a restraining order against him. He comes across as rather creepy when we see he follows her and watches her from his taxi at night but everything makes sense in the end including Jerry’s erratic behaviour. It’s Alice who saves Jerry in the end rather than him saving the girl which I thought was a refreshing change.

This is a dark tale with an incredibly disturbing torture scene that sticks with you long after watching it and it’s from around this point where you begin to really empathise with Jerry.

Conspiracy Theory isn’t one of my favourite Mel Gibson movies as I find it seems overlong and could have done with being trimmed down for pacing purposes but both Gibson and Roberts are excellent.

The story has enough twists to keep the viewer engaged and Patrick Stewart makes for a monstrous antagonist. Once again the great Stephen Kahan appears, this time he’s playing Alice’s boss and is a genuine good guy.

Any fan of Richard Donner will recognise his movie Ladyhawke playing in the theatre where Jerry hides but another piece of fun trivia I found on IMDB was “when Jerry is in the hospital for the first time (where he writes the word Geronimo on the wall), the room number on the hospital door is briefly visible: 322. This number is well-known in conspiracy circles as being the address of the Skull & Bones society at Yale University, which is said to have the skull of Geronimo in its possession.”

There are all kinds of little Easter eggs in the movie so it warrants several viewings to pick everything up. This was also the film that made me buy The Catcher in the Rye as I had never read it before.

Overall, Conspiracy Theory is a little overlong and not exactly action packed but it has its moments with both Gibson and Roberts giving excellent performances; there are plenty of twists in the story to keep viewers engaged and Patrick Stewart makes for a hateful antagonist so it’s at least worth watching once if you haven’t seen it before.