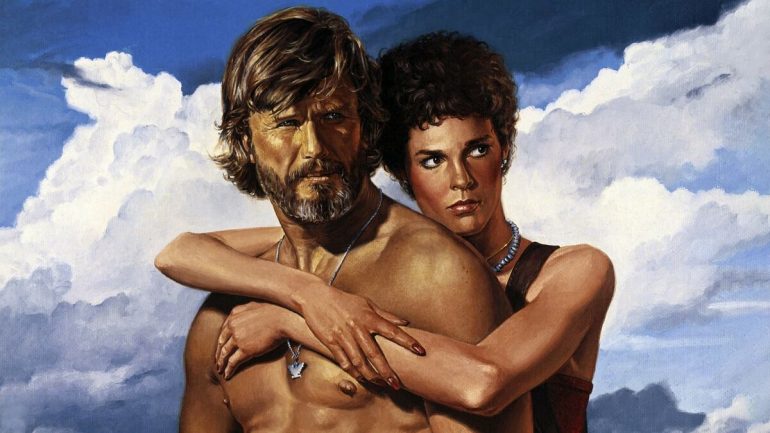 Convoy is a lighthearted action comedy with some great stunts, a likeable cast and a catchy main song. The pacing slows down a little near the hour mark but the finale makes up for it and will leave you smiling.

Plot: Trucker Martin “Rubber Duck” Penwald (Kris Kristofferson) and his buddies Pig Pen (Burt Young), Widow Woman (Madge Sinclair) and Spider Mike (Franklin Ajaye) use their CB radios to warn one another of the presence of cops. But conniving Sheriff Wallace (Ernest Borgnine) is hip to the truckers’ tactics, and begins tricking the drivers through his own CB broadcasts. Facing constant harassment from the law, Rubber Duck and his pals use their radios to coordinate a vast convoy and rule the road.

Review: I do have a soft spot for old-school anti-establishment movies like Convoy where we have a group of truckers who are mistreated by a mean-spirited Sherriff (Ernest Borgnine); a convoy begins to fight the injustice and it doesn’t take long for things to spiral out of control.

Convoy is generally lighthearted in tone and is mostly an excuse for lots of vehicular destruction but it also has a rather hilarious barfight too which is the highlight of the film for me.

The cast is fantastic including Kris Kristofferson, Burt Young, Ernest Borgnine, Ali McGraw, Franklin Ajaye and Madge Sinclair. The script is at times laugh out loud finny with some choice dialogue and our ragtag group are easily to like. Kristofferson is almost impossibly cool and endlessly charismatic making for an appealing lead.

Any movie that ends with people laughing is refreshing in this day and age and it just leaves you with a smile on your face. The build up has you thinking it’s going to be downbeat which wouldn’t have worked considering the tone for the rest of the film so I love the way it ends.

It’s well paced for the most part however, around the hour mark when the convoy stops for a break it does drag a little but it makes up for it in the explosive finale.

It has THAT song which is going to go through your head for literally days after viewing which I’ll post below just to annoy you.

Overall, Convoy is good old fashioned fun with a group of truckers sticking it to the man so if you like those kinds of movies like I do then you’ll have a fun time here.