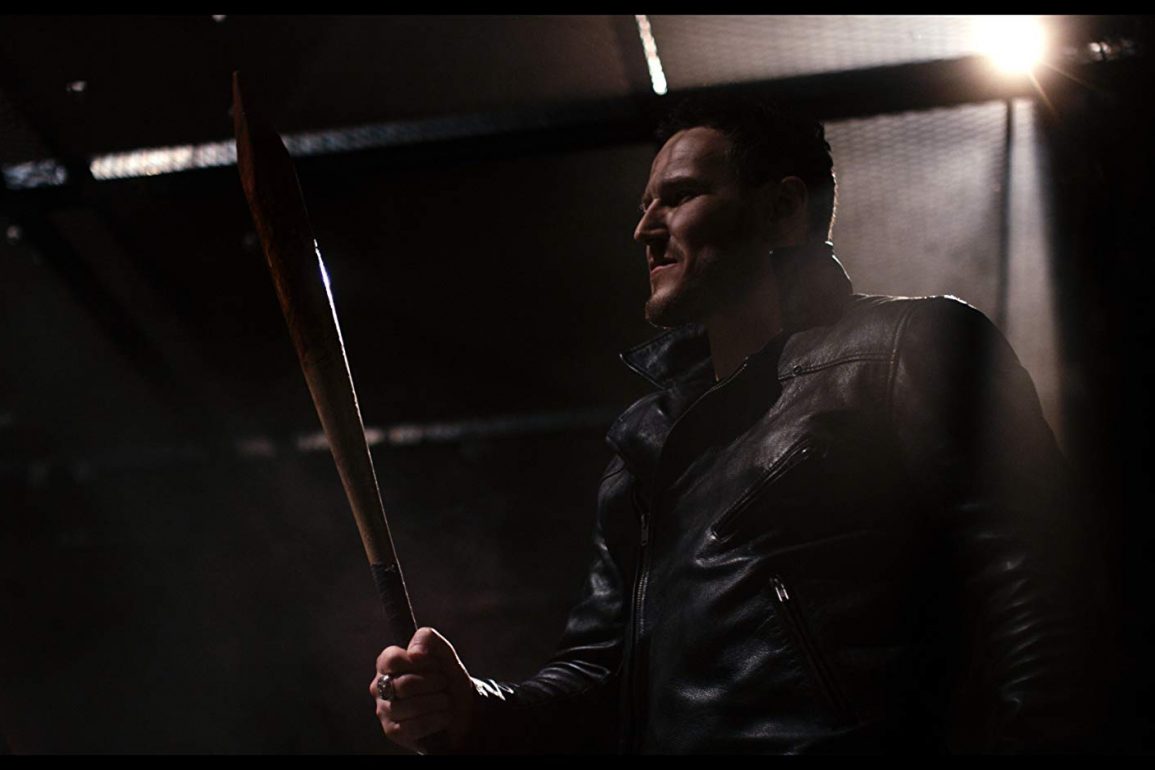 Corbin Nash is a dark and gritty vampire flick which oozes atmosphere and Dean S. Jagger is fun to watch as he beats, shoots and stabs his way through vampires so it will tide us over nicely until the next Blade movie… if we ever get one.

Plot: A rogue police detective in search of his parents’ killer is murdered and reborn the ultimate killer.

Review: I had never heard of this movie until it popped up while I was browsing Netflix the other day and I thought it looked interesting from the trailer. Corbin Nash makes vampires scary again and is a dark and nightmarish descent into Hell; if we ever get a new version of Blade it should stylistically be like this.

Dean Jagger plays our anti-hero Corbin (he also co-wrote it) and although there isn’t much to him as a character he is believably tough and badass in the role of a cop who is killed by vampires and brought back to life. This is essentially an origin story of how he becomes a kick ass vampire hunter and although the first half is a little slow it builds up the dark atmosphere and brings you into this world which feels like eternal night.

The biggest surprise about this movie was the main villain Queeny played by none other than one Corey Feldman; this is one of the most repellent and freaky bad guys I’ve seen in a while as he’s some kind of drag queen/vampire who comes across as incredibly disturbing and nasty but still darkly comedic. It’s also the polar opposite of his character from The Lost Boys who was a hero which I imagine is why he chose it.

I absolutely love the look of this film with its neon lighting and shadowy streets but it also has an excellent supporting cast including Rutger Hauer (in a cameo role) and Malcolm McDowell as the Blind Prophet who is basically there as the narrator to propel the story along.

Corbin Nash isn’t short on violence either (it is Netflix after all) so we have several fight scenes as Nash is kidnapped by the vampires and forced to fight for their amusement. There is blood galore and before Nash kicks ass at the end he says “I’m gonna kill ‘em all” which is required for any action hero to say at some point.

Overall, Corbin Nash feels like the start of a new franchise and now that we have the origin story out of the way I’d be interested to see where they take it. Corey Feldman was unrecognizable as the villain and Dean Jagger has the look and feel of a potential new action star. It’s on Netflix now so if you’re looking for a down and dirty vampire flick you could do worse.