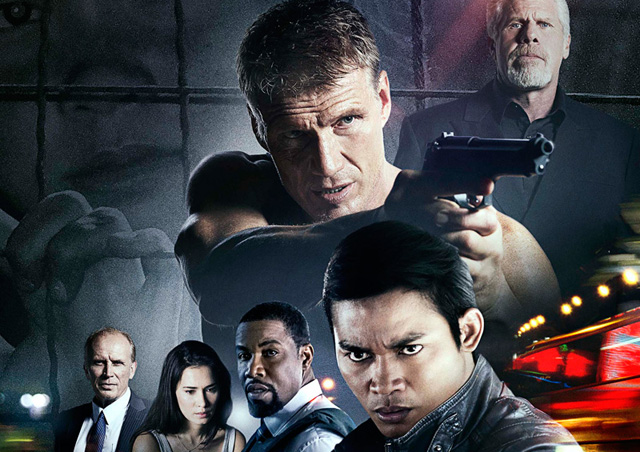 In case you didn’t know, “Skin Trade” is an upcoming Dolph Lundgren movie that has been written by Dolph himself. It’s a passion project that Dolph wrote about 7 years ago and the time has finally come for the story to come to fruition.

Here is a synopsis of the plot: Nick, a tough NY cop, runs afoul of the Russian mob engaged in human trafficking, and they end up killing his wife and daughter for revenge. Determined to make them pay, he follows the kingpin to Bangkok, the hub of their activities. He teams up with a Thai detective and they decide to wipe out the entire organization and terminate their business entirely.

Human trafficking is probably the number one story point for most action movies these days after the success of “Taken”. Since its release in 2008, we’ve had “6 Bullets” with JCVD and the upcoming “Skin Traffik” with Gary Daniels to name but a few.

The reason it’s such an engaging story is the fact that the villains are the most despicable beings on the planet. No matter what our hero does to them you won’t feel bad for them as they totally deserve it.

“Skin Trade” film is currently being shot in Thailand and I think with a cast like this, we may just be in for something special.

It’s to be directed by Ekachai Uekrongtham who made waves with the 2004 movie “Beautiful Boxer”. The story was based on the true life story of a Thai who wishes to have a sex change operation to become a woman. To pay for this he enters the brutal world of Thai boxing, un-nerving his opponents by performing a makeup application ritual before each fight.

Not exactly mainstream fare but the movie did very well critically and makes me think that “Skin Trade” won’t be afraid to pull any punches either.

Dolph has never been scared to take risks with stories or characters and I think this could be one of his more daring roles. I’m also thinking that Dolph and Jaa won’t just be trading punches but will also bring their A-Games acting wise.

It’s a difficult task to make an action movie with an intelligent story as well as awesome action but I think this just might be one of them.

Skin Trade is currently being filmed and we expect a trailer in the next few months.