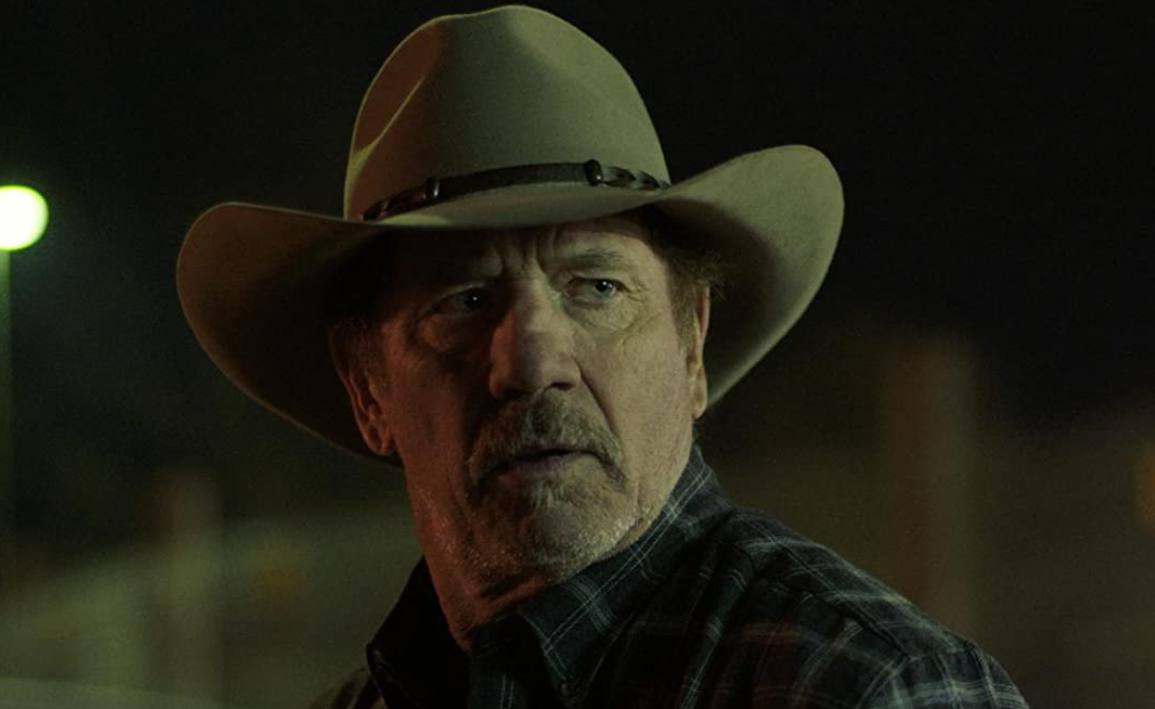 County Line may not be spectacular in terms of action but it has well drawn characters and Jeff Fahey makes any movie better.

Plot: Sheriff Rockwell is settling into an unwanted retirement until his old war buddy and neighboring Sheriff is mysteriously shot. Immediately Clint’s wife pressures Alden to look into the shooting. When overlooked evidence points to corruption, Alden must take the investigation into his own hands or else stand by while a greater evil takes over the town.

Review: County Line is similar to Blue Ridge (which I reviewed a few weeks ago) in that it doesn’t have a massive budget but it never looks cheap with solid performances from the cast especially Jeff Fahey who remains one of the coolest men alive. He has a smaller role than I would have liked with Tom Wopat the lead as Alden Rockwell. Wopat makes for a sympathetic protagonist however, as he deals with his own mortality after this passing of his wife and his daughter is also going off to war.

Clint (Fahey) is Alden’s best friend and when he gets shot Alden finds himself very much alone; he begins to investigate some shady goings on around town which leads to potential corruption where few can be trusted.

It’s the characters that I particularly enjoyed in this movie as I found I genuinely cared about Alden and Clint but there is also enough action (including shoot-outs and fights) to keep things moving. It’s just under 90 minutes so it is well paced giving the characters time to breathe and a story that has a few twists and turns.

There are some pleasant country tunes too helping to capture the smalltown feel of the movie and it’s generally feelgood fare and never overly challenging to watch. There is no swearing or nudity (boo!) and the violence is rather tame but like Blue Ridge it could work as a television series so we could spend more time with everyone.

Overall, County Line is lighthearted fare with enough charm and likeable characters to be worth a watch. Fahey and Wopat make for an amiable duo and I’d love to see them together again for further adventures. The action may be low key but it does the job making for a fun 90 minutes.