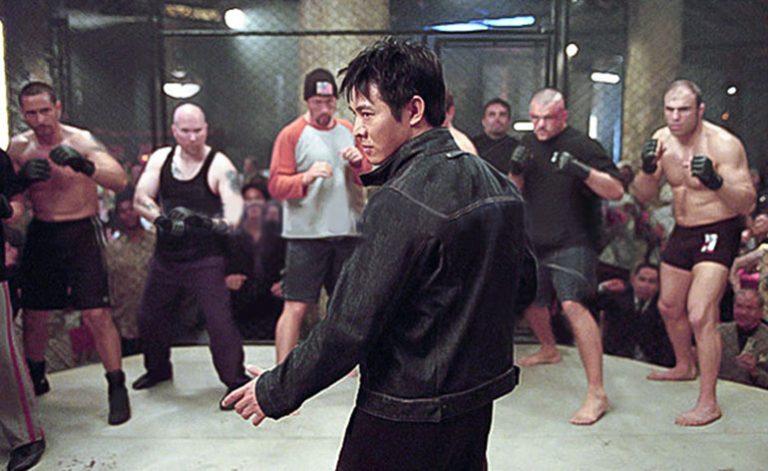 If you wanna see midgets used as weapons (and who doesn’t?), Gabrielle Union doing a striptease and asses being kicked you could do a lot worse than this…

Plot: A jewel thief’s daughter is kidnapped after he steals a collection of prized black diamonds, which aren’t at all what they seem.

Review: Jet Li and DMX star in this utterly ludicrous and yet kinda awesome actioner with a plot that doesn’t really make sense until half way through, but it’s the sort of movie where the story really doesn’t matter. It’s just an excuse for some quality beatdowns and ‘splosions.

Aside from the action though the best scene is Gabrielle Union’s striptease, which is one of the hottest scenes of all time, despite having no nudity.

Some of the acting and script are pretty bad in places but like I say, sometimes you don’t need to judge a movie, just enjoy it for what it is.

You get a great final battle between Jet Li and Marc Dacascos who is on villain duties; he is a little underused though and doesn’t have much to do other than look evil. He also has the most bizarre bad guy death of all time, just…. so strange.

There is a cool ATV chase through the city and then over some rooftops which was nicely executed.

This could arguably be the first mainstream action movie where a midget is used as a weapon so the filmmakers deserve mad props for such originality. And wait, is that Randy Couture in there? Why yes it is! There’s a great scene where Jet Li beats up an entire cage-full of bad guys, including the midget and it’s arguably the best action scene of the movie.

Overall, If you wanna see midgets used as weapons (and who doesn’t?), Gabrielle Union doing a striptease and asses being kicked you could do a lot worse than this… by the way, why the hell is it called Cradle 2 the Grave? That doesn’t make any sense…