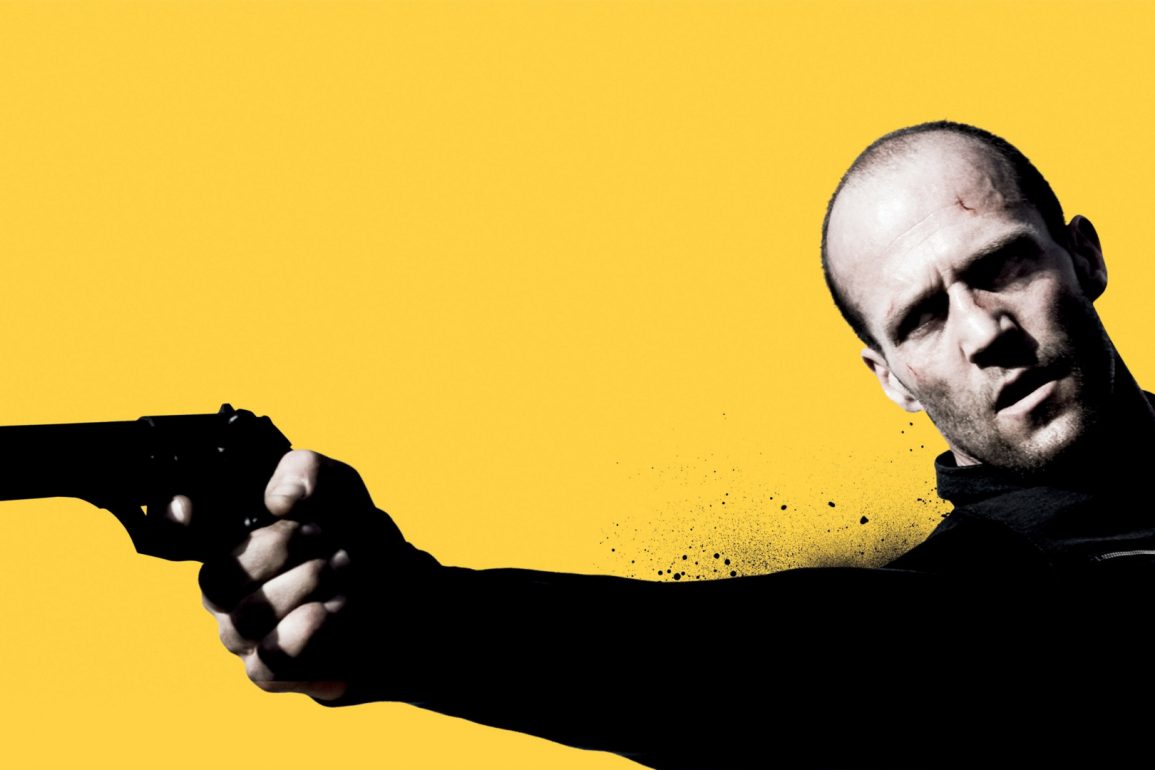 With Jason Statham returning to our screens very soon in Wrath of Man I thought I would revisit one of his most iconic characters – Chev Chelios in Crank and Crank: High Voltage. These movies are certainly an acquired taste and will not be for everyone, but I just viewed them back-to-back on my day off and thought it was time we decided which was the better film.

Plot: Chev Chelios (Jason Statham), a hit man wanting to go straight, lets his latest target slip away, then he awakes the next morning to a phone call that informs him he has been poisoned and has only an hour to live unless he keeps adrenaline coursing through his body while he searches for an antidote.

When I first saw Crank back in 2006 I was blown away as it was quite unlike anything I had seen before with frenetic action, fast edits, black humour and a pulse pounding metal score to go along with the outrageous onscreen antics. It was such a different beast from Jason Statham’s Transporter which came out a few years before but this movie proved he wasn’t afraid to go way out there in terms of projects. The original choice for Chev Chelios was apparently Nic Cage but he wasn’t available; I could totally picture Cage in this which may explain why his Drive Angry felt similar in terms of its crazy tone.

This isn’t the kind of movie that worries about deep characterization or emotional depth; it’s just an 88-minute shot of adrenaline as Chelios goes around town trying to find Verona (Jose Pablo Cantillo), the man who poisoned him and get the antidote. Crank is essentially a videogame brought to life and makes no bones about it with wonderful 8-Bit visuals for the opening credits. At one point we see Robotron: 2084 getting briefly displayed and Verona’s sidekick playing Berzerk from 1980. Grand Theft Auto was allegedly a big influence on the film too.

Along the way Chelios is helped by a scene stealing Dwight Yoakam as his Doctor friend Miles who gives him advice on how to stay alive for as long as possible. Chelios is practically invincible in these movies as he is hit by cars, electrocuted, beaten up and even falls from a helicopter… and yet he still keeps going like a Terminator. Rather than sighing at how ridiculous it all is you just need to roll with it as Crank knows how insane it is and at times it’s laugh out loud hilarious.

Amy Smart shines as Chelios’ loving girlfriend Eve who is incredibly understanding even if at first she doesn’t believe he’s a hitman and that he’s been poisoned. She soon finds out it’s all true and joins him for the ride… literally. I also discovered that in the public sex scene, all the non-actors’ reactions to the scene were real which is why it seems so authentic.

Efren Ramirez is appealing and funny as Chev’s loyal friend Kaylo who meets a rather nasty end but would return in the sequel.

The editing may be quick but it’s not overly shaky keeping us engaged with everything going on as Chev punches and shoots his way through every criminal in Los Angeles.

The metal music does get a bit migraine inducing after a while but it works for the kinetic energy of the film keeping the pacing as exciting as possible.

The late Chester Bennington makes a cameo as the Pharmacy Stoner who recommends Chelios take the nasal spray so he can get “tweaked”. Bennington would also show up in High Voltage as the guy Chev rubs against at the horse racing.

Overall, Crank is one of Jason Statham’s craziest movies but if you want madness wait until you see the sequel…

Plot: After surviving an incredible plunge to near-certain death, Chev Chelios (Jason Statham) is abducted by Chinese mobsters. Waking up three months later, Chev finds that his nearly indestructible heart has been replaced with a battery-operated device that requires regular jolts of electricity or it will fail. Chev escapes from his captors, reunites with his lover, Eve (Amy Smart), and sets out on a frantic chase through Los Angeles to get his real heart back.

Crank: High Voltage pushes the boundaries of depravity in nearly every way and makes the first film look like a romantic comedy in comparison.

This sequel takes place 3 months after the events of the first movie as Chelios once again wakes up but this time gangsters have stolen his heart and replaced it with an artificial one so obviously he wants it back.

So it’s more of the same as Chelios races around town hurting and killing people trying to keep his temporary heart going while he finds out who has taken his real one and why. The action is more insane and graphic with some hilarious kills and sometimes repulsive moments especially that shotgun scene at the start…

Bai Ling is at her batshit crazy best in this movie as a hooker who is rescued by Chelios so she follows him everywhere. Amy Smart returns as Eve so the two ladies have a brief throwdown in a strip club; Amy Smart really is game for these movies as she has to endure a lot but she also gets to kick some ass too.

The editing is even faster this time around and I found that it was a little distracting; you could almost watch it in slow motion just to see everything that is going on.

Both of these movies have quick and sharp dialogue but also showed how good at comedy Statham is; in this entry he goes all out and isn’t afraid to look ridiculous. The scene with the two Godzilla-esque monsters fighting is so imaginatively bonkers. To this day High Voltage is Statham’s craziest movie but personally I think it does go a little too far at times in terms of how fucked up it gets.

The music is once again metal-infused and works well with the action but by the time we reach the end of this movie I find myself rather exhausted by it all.

There are some nice supporting actors in this with Dwight Yoakam returning once again as Doc Miles but we also get David Carradine as Poon Dong and Clifton Collins Jr. as El Huron. Efren Ramirez returns however, this time he is playing Kaylo’s brother Venus out for vengeance against the people who killed his sibling. It’s a bigger role this time around but his character has Tourette’s making him to be mostly useless when he is needed which provides plenty of laughs. Stephen Graham from Snatch also shows up in the stripclub as a nice little cameo. Wait… is that Geri Halliwell from The Spice Girl’s playing Chev’s mum? Bloody Hell, It is!

Overall, Crank: High Voltage is one of the most insane action pictures you’ll ever see which may go too far for some tastes but it’s still a fun time.

Personally, I think the first Crank is the better movie as High Voltage goes a little too over the top but it’s still a fun time and both were unlike anything we’d seen before. Do you have a preference or do you dislike these movies?