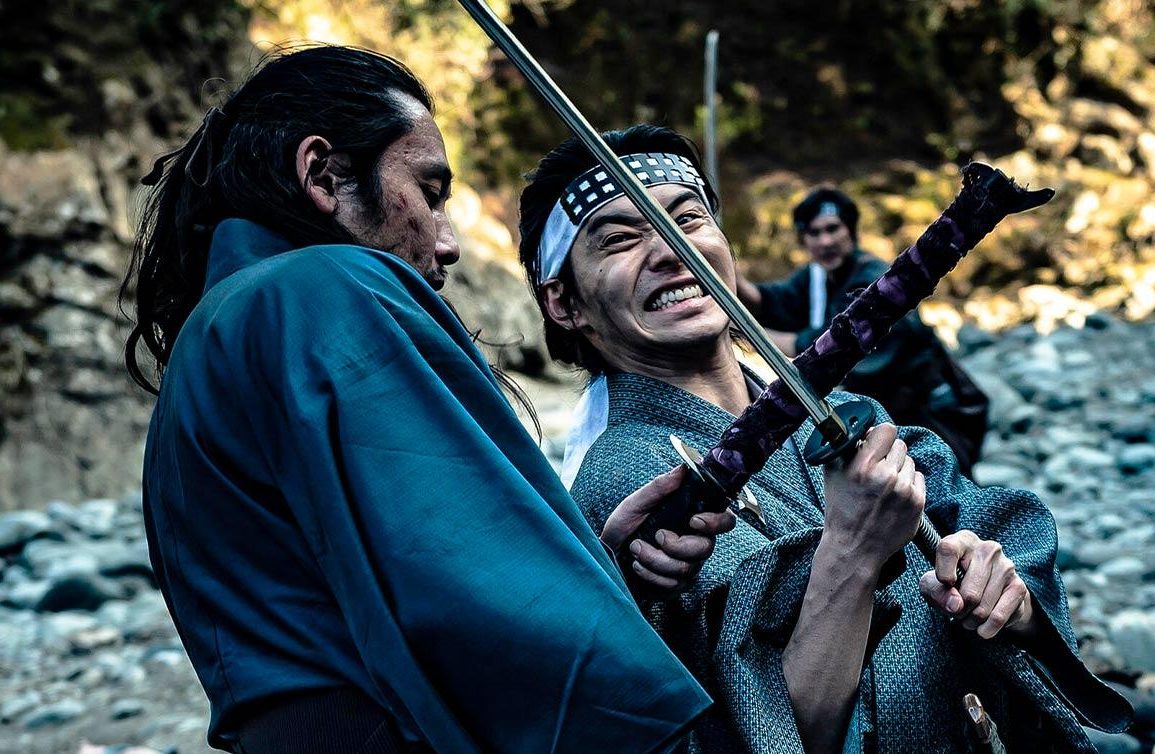 Crazy Samurai: 400 vs. 1 is worth watching purely for Tak Sakaguchi’s talent however, the much hyped 77 one take fight scene never really gets the blood pumping and struggles to keep the viewer engaged for the full runtime.

Plot: When a master samurai arrives to duel the disgraced Yoshioka dojo, he walks into an ambush. In the world’s first 77-minute, one-take action film sequence, Miyamoto Musashi (Tak Sakaguchi) fights for his life against 400 warriors, earning a place in history as the CRAZY SAMURAI MUSASHI.

Review: Tak Sakaguchi is one of the most interesting and talented people working in the action genre today; when I heard about Crazy Samurai and it’s 77 minute, one-take fight scene I was expecting something special.

Alas, Crazy Samurai: 400 vs. 1 is surprisingly tedious with it feeling more like a videogame than an actual movie; it’s essentially Musashi Miyamoto (Sakaguchi) cutting his way through this endless onslaught of nameless goons and although it is an impressive physical and technical feat the action is samey after a while and it’s hard to stay interested for the full runtime.

At various points Musashi is surrounded by other warriors who could easily just move in and cut him down but for some reason they all stand around and attack one at a time. This takes away a lot of potential threat so we never really feel like Musashi is any real danger.

There is little in the way of dialogue, no character arcs and no one to particularly like or hate so you’re never really invested emotionally in the story… which is practically nonexistent anyway.

It’s only really the fight at the end at the river which truly grabs the attention and comes across as exciting so you could just fast forward to that.

There is no major antagonist although it could be argued it’s Musashi who is the villain as he tries to wipe out an entire clan; this just has you wondering why you should continue watching as it doesn’t really matter who wins in the end.

Sakaguchi provides some humour as he laughs to himself while fighting everyone but the film generally lacks personality and it’s not something I would want to sit through again.

Overall, Crazy Samurai: 400 vs. 1 is rather disappointing and isn’t anywhere near as crazy or exciting as the concept sounds. It’s probably more of a 2 star film but due to Tak Sakaguchi’s dedication and physical prowess it gets an extra point.