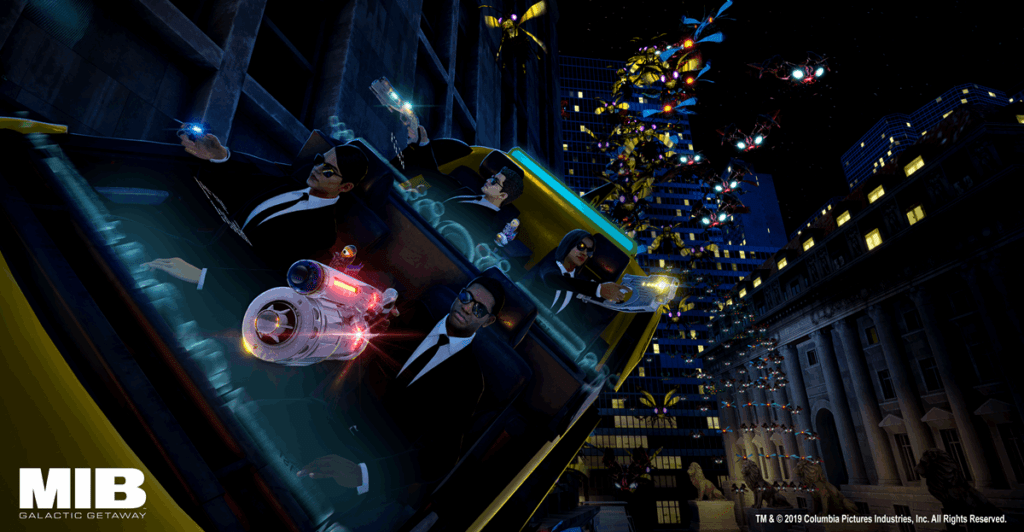 Creating the Score for Men in Black: Galactic Getaway, An Interview with Matthew Carl Earl

The latest installment of the Men in Black franchise opens this weekend titled Men in Black: International starring Chris Hemsworth and Tessa Thompson. The film’s logline reads: The Men in Black have always protected the Earth from the scum of the universe. In this new adventure, they tackle their biggest threat to date: a mole in the Men in Black organization. Fans of the franchise don’t have to wait until this weekend to experience a new Men in Black adventure, VRstudios recently launched a new experience for Dave & Buster’s proprietary multiplayer virtual reality simulator – “Men in Black: Galactic Getaway”- a zany, action-packed interactive experience pressing players into service as “accidental” MIB agents on a madcap dash to stop a notorious alien gang from making it to their getaway spaceship and escaping.  To learn more about the project we spoke with one of the game’s creatives, composer Matthew Carl Earl of Hexany Audio.  Below he filled us in on everything from incorporating Danny Elman’s famous themes into the experience, to his personal favorite Men in Black film.

-In a few words how would you describe your score for Men in Black: Galactic Getaway?

M: I’ll just tell you the words that were flying around in my brain as I was writing the music. Wacky, weird, strange, fast, dark, and funny. Just everything I thought embodied the Men in Black IP was always in my head. It’s such an interesting blend of emotions and I am super, super glad I had such a brilliant score from Danny Elfman as a starting point.

-What sort of preparation did you do before scoring Men in Black: Galactic Getaway?

M: My preparation is similar to any time I score an existing IP; Really listen to everything that has already been established; Again, and again, and again. This gets my musical mind thinking within the new style. The hope is that I won’t need to force myself to write in this style, it will come naturally.

Also, early on in the process I took Danny Elfman’s Main Theme and made a note for note transcription by ear. This helped me really analyze what was happening in the harmony and orchestration so I could emulate this style in the original music written for the game.

-Danny Elfman has scored all the Men in Black films, was it intimidating at all stepping into this project because of that?

M: Oh, are you kidding me? Danny Elfman has always been one of my favorite composers. He is such a master in this dark, goofy orchestral style and I was definitely giving it my all to try to keep up with the quality bar he has already established for Men in Black.

That being said, it is probably some of the most fun I’ve ever had writing music. Every second of the music is filled with wacky sounds and chromatic woodwind or string runs. It’s so much fun!

-For people that don’t know anything about Men in Black: Galactic Getaway, can you tell them a little about it.

M: Men in Black: Galactic Getaway is a multiplayer, full-motion, VR experience/ride exclusively at Dave & Buster’s, developed by VRstudios. It’s a crazy fun ride that takes you from the alleys of New York to the streets of London, battling alien bugs along the way with the fun, bizarre humor and excitement of Men in Black. 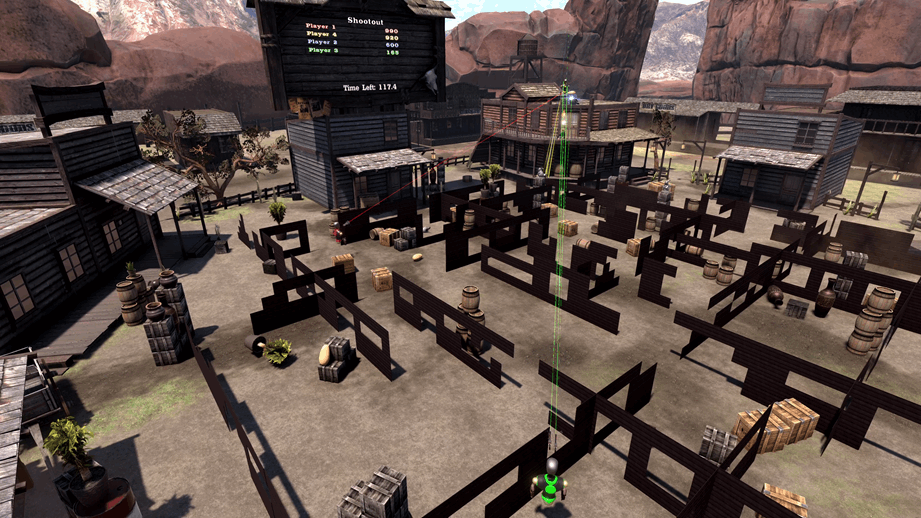 -Is Men in Black: Galactic Getaway coinciding with the new film or the franchise in general?

M: Absolutely, and true fans of the franchise will be able to pick out a ton of the references and call backs to the original series.

-In Men in Black: Galactic Getaway players chase down and apprehend a gang of alien criminals. Did you give these aliens a special theme? If so, can you describe it?

M: Yes, in a way. Though, because of the short experience I wanted to stick to a small amount of themes that were already established in the Men in Black films to really drive home to iconic sound of the series, but as the experience takes you to new zones and encountering new characters I tried to give each encounter its own fresh feeling and style.

Mother definitely had an off-beat choral motif I clung to a lot in the score. See if you can pick it out!

-Which of the Men in Black films has personally been your favorite?

M: The first for me will likely always be my favorite as it was my introduction to the series as a kid. Though I’m super excited to see what the new film brings!

-You also recently scored the VR game Star Trek: Dark Remnant for VRstudios. Was your experience different working on Men in Black then Star Trek?

M: It was different in that it was a new IP and a fresh new style of music. But actually, the production process was very similar. Our studio, Hexany Audio, has had a long relationship producing the music and sound for VRstudios’ projects and the actual work process is similar for us, it’s just the fresh new feeling of a new IP that we have to learn and adapt to.