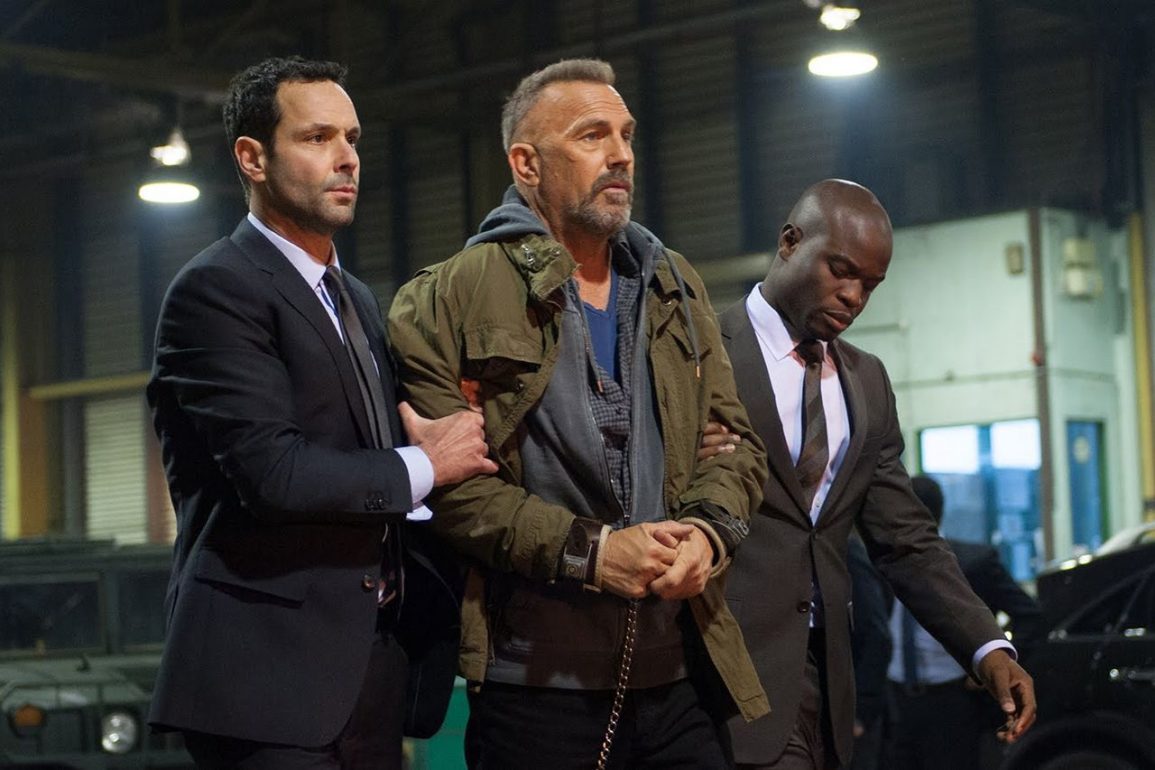 Criminal may not use its quality cast to the best of their abilities but Costner owns it and has never been more badass; the film is currently on Netflix so you should give it a watch if you’re looking for some violent escapism for an evening.

Plot: CIA agent Bill Pope (Ryan Reynolds) dies while traveling to a secret location to meet a hacker who can launch missiles at will. Desperate to find his whereabouts, officials turn to an experimental neurosurgeon who can transfer memories from one brain to another. The guinea pig for the procedure is Jerico Stewart (Kevin Costner), a violent and dangerous death-row inmate. Now gifted with Pope’s skills and knowledge, Stewart must race against time to stop a sinister international conspiracy.

Review: I could have sworn we’d already reviewed this movie but apparently not so better late than never. Criminal has one of the best casts you’ll see all year which includes Kevin Costner, Gary Oldman, Tommy Lee Jones, Scott Adkins, Ryan Reynolds and Gal Gadot but be in no doubt that this is 100% Costner’s movie.

This is easily Costner’s finest hour in terms of acting; his awesomely badass character Jerico is an unhinged psychopath but no matter what awful stuff he does to people you still want him to win as he walks around beating up random people. The funniest moment is when he is in a patisserie where he punches a guy pretty much for no reason and you hear him whimper from the ground “who punches someone in a patisserie?” which is arguably my favourite line from 2016.

As the story progresses and Jerico starts to gain Bill Pope’s memories he also discovers a humanity he never experienced before and decides he has to protect Pope’s widow (Gal Gadot) from shady government types.

Tommy Lee Jones is a little underused in a thankless role as Jericho’s doctor who can transplant memories into other people’s minds; it’s basically a mixture of Total Recall and Face/Off but it never really explores the sci-fi concept all that much. It’s also pretty silly but it doesn’t deserve the poor reviews it got at the time of release as it’s unpredictable with plenty of R rated action.

The budget was apparently around $30 million which is perfect for this kind of movie; the action scenes are slickly shot with little to no CGI and they mostly involve Jericho beating the shit out of people.

Scott Adkins has a sizable role as agent Pete Greensleeves; he sadly doesn’t get any action or fight scenes but he does get to use his acting chops alongside Gary Oldman and holds his own with the heavyweights. Oldman spends the majority of the movie barking orders at people but he is never less than magnetic no matter what role he is playing.

Overall, Criminal may not use its quality cast to the best of their abilities but Costner owns it and has never been more badass; the film is currently on Netflix so you should give it a watch if you’re looking for some violent escapism for an evening.