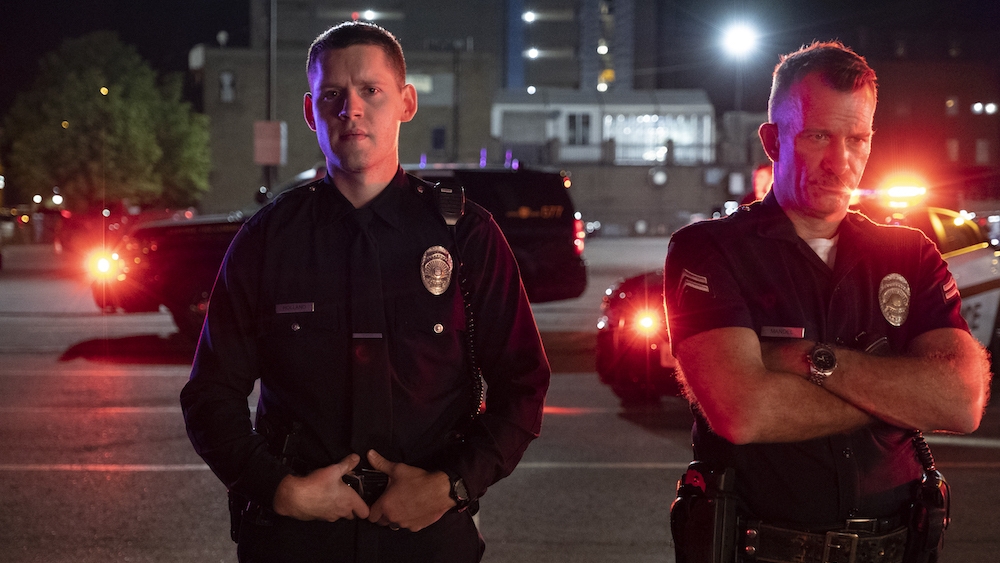 Crown Vic is an immediately engaging and often thrilling look into the lives of cops in LA giving us an idea of how crazy their jobs can be without ever feeling overly preachy or judgmental. Thomas Jane shines as the world weary Ray and there is enough intense action to make it highly recommended.

Plot: Follows one memorable night in the life of LAPD officer Ray Mandel while hunting two cop killers on the loose.

Review: I’ve always considered Thomas Jane in the same category as Aaron Eckhart; a fantastic actor who always seems to be underappreciated. Crown Vic exemplifies this with Jane giving one of his best performances to date. It’s essentially Training Day: Part 2 but rather than the mentor being corrupt he is just world weary and cynical after 25 years on the job.

We ride around with the seasoned veteran cop Ray (Jane) and rookie Nick (Luke Kleintank) who wants to play by the rules but he isn’t a wide eyed innocent as he comes from a family of cops. He is taken aback however, at how surly Ray is but as the night progresses, they start to understand one another but it doesn’t give us easy answers. Their job is a tough one constantly dealing with crazy people and criminals, never knowing where the next threat is coming from.

There have been several movies of late showing cops as being corrupt but Crown Vic gives us a sort of day in the life without ever feeling like it is judging them. It paints a harsh picture of what life is like as a cop in LA and grabs you from the incredible opening sequence and doesn’t let go. There is some amazing camerawork throughout and the film looks great. It’s too bad it has gone straight to VOD as I would have enjoyed seeing it on the big screen.

I’ve read a few reviews where people have stated that they couldn’t understand some of the dialogue but for some reason I had no issue whatsoever. Really the only issue I had with the movie is I thought the character of Jack VanZandt seemed a little over the top but I have the feeling that he is probably based on someone from real life.

The score is contemporary sounding and works in keeping the tension up without ever being overly intrusive.

In terms of action there are a few shoot-outs with a pair of robbers going around the city and we know from the start that out two cops are going to be the ones that have the climactic showdown with them.

Overall, I didn’t know what to expect from Crown Vic but it has Thomas Jane at his best as a cynical cop with Luke Kleintank well cast as the rookie trying to understand this terrifying new world he has joined. It’s intense stuff never lacking in style or grit making it a must-see.