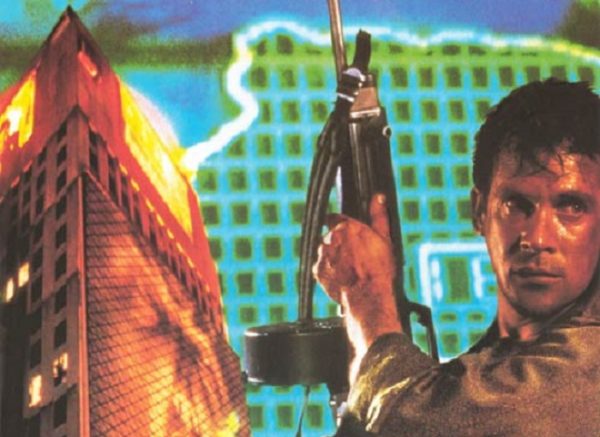 During the 90’s pretty much every action star starred in a Die Hard rip-off and Michael Dudikoff’s Cyberjack, aka Virtual Assassin was his attempt.

It’s not a particularly amazing film with some dated special effects but it is still a lot of fun mostly due to Brion James hilariously over the top performance as the villain. He is an internet criminal bent on controlling the world in the 21st century who wants to steal a scientists virus. He doesn’t count on ex-op turned janitor Nick James (Dudikoff) who is trapped in the building and tries to save the hostages all while listening to a baseball game on the radio.

There are times when Dudikoff actually sounds just like Bruce Willis so the movie doesn’t even pretend it doesn’t want to be Die Hard. The supporting cast aren’t the greatest actors either so we get some entertaining henchmen who aren’t remotely threatening.

The film hasn’t stood the test of time very well but there is enough action to keep it entertaining and you get the feeling it was never meant to be taken seriously.

Also, I wonder how they got away with using a computer name called Skynet which certainly sounded familiar…

Overall, Cyberjack is one of Dudikoff’s weakest films and yet I still enjoy it for what it is but if you want to see a Die Hard style movie… then watch Die Hard. It’s still the original and best.