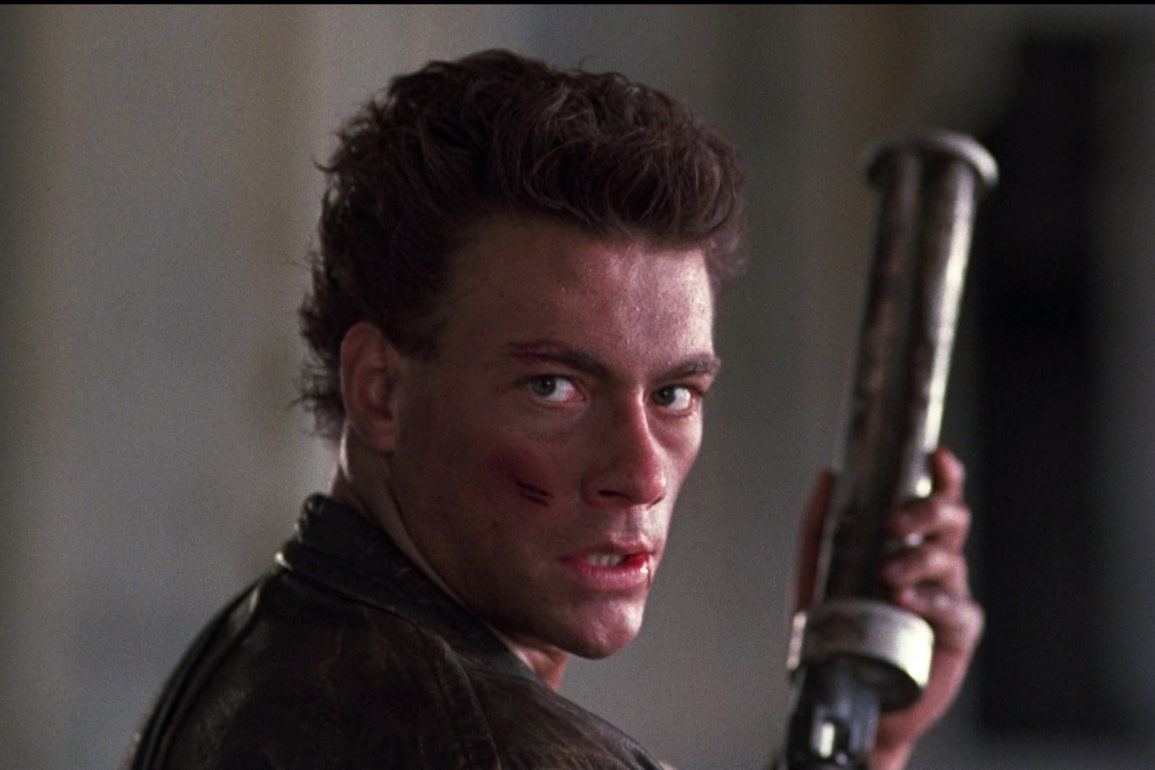 Jean-Claude Van Damme’s Cyborg is a bit of a mixed bag; it isn’t one of my favourite movies of his but it certainly has its moments, most noticeably its tone.

It paints a pretty bleak future for mankind and it created a really interesting post-apocalyptic landscape.

Albert Pyun directed but after some negative test screenings, he left the project and the film was re-edited by Sheldon Lettich.  Upon doing some searching online, I discovered that there has been an interesting backstory behind it all with some debates on The Van Damme Fans forums.

Sheldon Lettich himself commented about the movie in 2011 where he states “JC and I didn’t “steal” anything. The movie tested poorly, simple as that. The studio screened it for a target audience, and the audience did not like what they were seeing. Maybe Albert is right when he’s says that the movie may simply have been “ahead of its time.” It’s possible that post-Millennial audiences may respond better to his darker, more violent, and more cynical vision. JC and I made it work as an action movie for a late 80’s audience, and the fact that the movie did well enough to spawn a number of sequels indicates that our endeavor succeeded on some level.”

Then Albert Pyun joined the discussion and said “Sheldon is correct. Cannon hated my version so they asked me to step aside. As I said JCVD was extremely respectful to me. And I concur with as well as they created what Cannon and the fans wanted from a JCVD movie after Bloodsport. I didn’t deliver that movie so I got yanked…and not for the last time! It happened again just a year later on Captain America and then two years later on Nemesis. Somehow my vision doesn’t ever jive with the studio’s view. I think it’s a different world now. People love their mindless excess now and a movie like JCVD would have not been as well received back in the 1980’s.”

I got my hands on a Blu Ray version of Albery Pyun’s cut a few months ago and thought I would compare the two.

The story is different in both versions; in the theatrical Jean-Claude Van Damme plays the awesomely named Gibson Rickenbacker, a “Slinger” who is hired to escort a cyborg, which contains valuable information on a cure for a deathly plague, to its research centre.

The Director’s Cut has an alternate background story where the main goal is to restore the world’s electricity supply and bring back “technology”.

I prefer the story to the Theatrical Cut as it frankly makes more sense but there are parts of the DC that also have interesting moments; the Crucifixion scene makes more sense as we find out that Fender worships Satan.

The music score is different in the Director’s Cut and I think I actually preferred it. There is a cool electric guitar based theme tune which worked well in creating the post-apocalyptic vision.

Practically every scene looks different with different angles used and certain edits made.

Both versions have plenty of violence but I think the Theatrical version is a little more disturbing.

Also, the DC is pretty much a workprint version so the picture and sound quality aren’t the greatest. I believe there is meant to be a remastered version but it’s not the one I have.

The title of the DC version was always going to be Slingers which I think is a better title as it’s not quite as generic.

Both versions still have Fender going “Grrrr” a lot during the final fight scene which apparently caused test audiences to laugh which is understandable as I did too.

The end of the DC has “something” arrive Terminator-style but I didn’t know who/what it was so you’re left scratching your head. Did I miss something and it was explained at some point?

Personally I think both versions have their merits and I do enjoy Albert Pyun’s work as he isn’t afraid to do something daring. I wonder if this movie was made today, its pessimistic view of things would probably fit in quite nicely. Overall though, in terms of watchability I would have to go for the Theatrical version as it’s just more coherent.