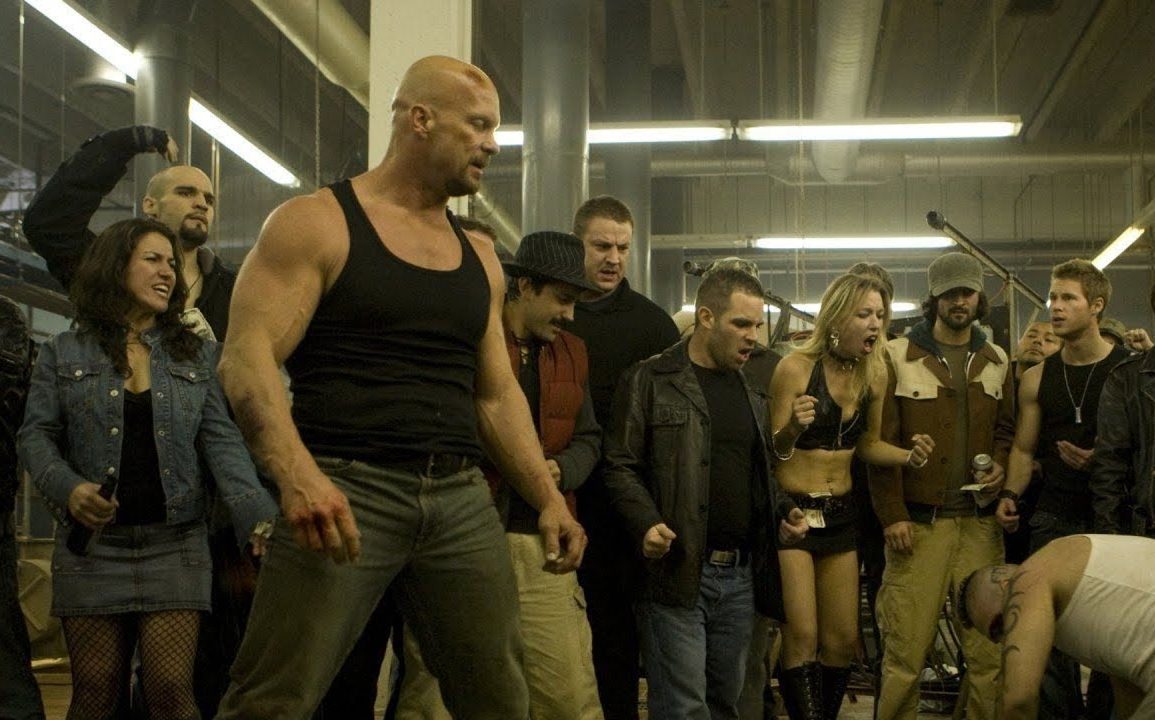 Damage won’t change the world but it’s a well written and directed action movie with great performances from the cast and arguably the best performance by Steve Austin.

Plot: An ex-con (Steve Austin) battles it out in the cage to pay for the operation that would save the daughter of his victim. Along the way he finds fatherly love, and friendship, in the most unlikely of places.

Review: That plot makes it sound really lame, but Damage is one of Steve Austin’s better films. I really liked the story and thought the script and performances were really solid. It’s written by fellow Scot, Frank Hannah who also wrote Hunt to Kill.

There’s plenty of hand to hand combat in it as well, so no need to worry about being bored. It’s well paced and you really sympathize with Austin’s character (John Brickner). He’s a man who has made mistakes in the past and will do whatever he can to rectify them. This is arguably Austin’s best performance as his character isn’t just a tough guy, but a man filled with regret.

Admittedly, it’s not the most original film of all time, but who cares? This is an action movie with heart and has shades of Lionheart and Rocky where you root for the underdog. The fight scenes are well directed, with no shaky cam and every punch and kick looks brutal.

The supporting cast includes Walton Goggins (Predators) and Laura Vandervoort (Supergirl from Smallville). Goggins is the down on his luck gambler who decides to be Brickner’s manager as he sees potential to make some serious cash. Vandervoort plays a waitress who ends up being a surrogate daughter to Brickner and the 3 of them end up becoming a strange family unit.

Overall, Damage won’t change the world but it’s a well written and directed action movie with great performances from the cast and arguably the best performance by Steve Austin.