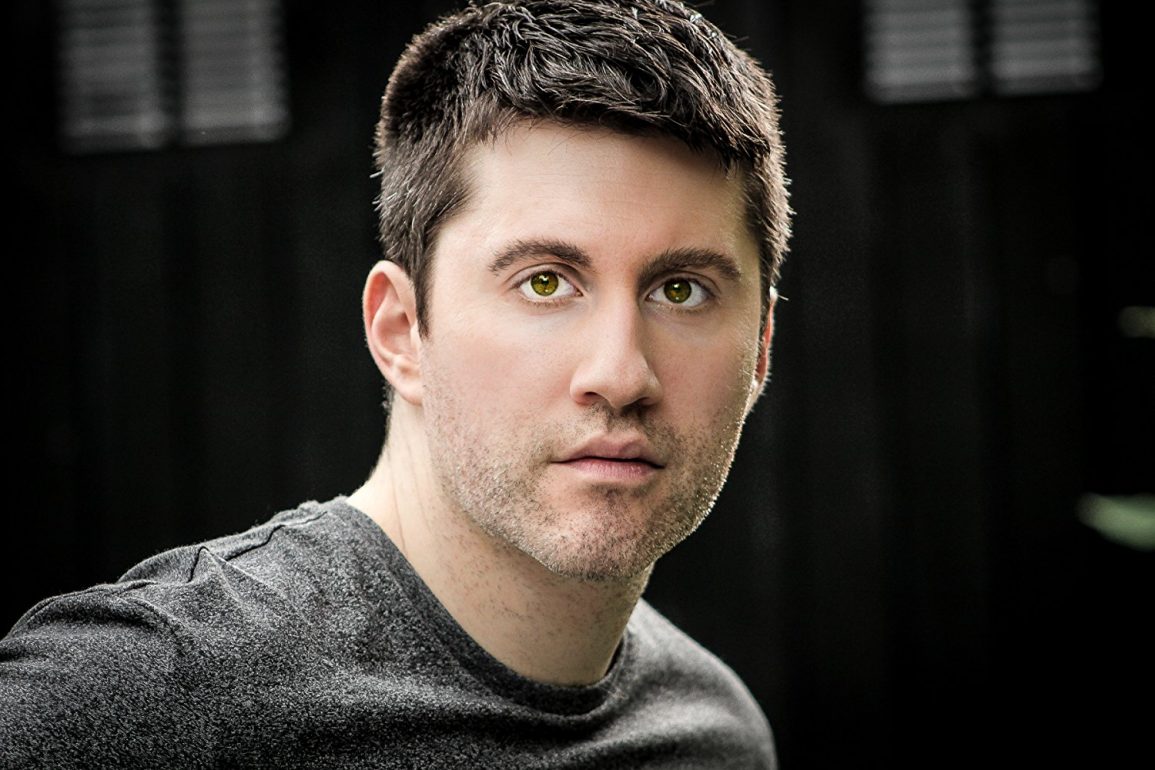 Dan Cade has extensive training as an actor, martial artist and gymnast.

He trained as an actor at Mountview drama school in London.

Dan began his career with the lead role in the hit 13 part CITV show called ‘Eliminator’. He then went onto work in more TV and movies and his career has been growing ever since.

Dan stopped by The Action Elite to chat with us about his career so far.

Hi Dan, first off can you tell us about your martial arts background?

I started off in Judo around 5 years old and then wanted to do something more movie like, having been a fan of Van Damme movies and Hong Kong cinema from a young age, I moved into Goju Ryu Karate when I was 7 years old. I quickly progressed and became a good kicker and reached Black Belt at the age of 15, and then moved into gymnastics and mixed this up with martial arts to become more cinematic. I practice now, acrobatic martial arts, which combines various martial arts with gymnastics.

Were there any major influences on you growing up in terms of martial artists or actors?

Major influences in martial arts were Van Damme (Bloodsport and Kickboxer) and all the old classics, such as Perfect Weapon with Jeff Speakman and Steven Seagal movies, aswell as Jet Li, Bruce Lee and Donnie Yen. As for actors, my major influences were Robert De Niro, when I saw him in Goodfellas and Denzel Washington.

Following on from that, when did you decide you wanted to be an actor?

I actually was watching the movie SPEED (Keanu Reeves) and thought to myself ‘I could do that’. At the time I was pretty highly skilled in martial arts and then it started from there, where I pursued acting. I went to a stage school when I was 16 and started to learn about acting, aswell as going to auditions and then it kept progressing.

Are there any action stars you would like to work with? After watching your reel I would love to see you onscreen with Scott Adkins…

What’s it been like working on the TV series Legends?

Legends was a great acting gig for me. I got to work alongside Sean Bean in most my scenes, who I’ve always thought was an excellent actor. My role spanned across several episodes so it was great exposure in the US. I don’t get to do much action, but it was great for the acting.

Is action your favourite genre or are you interested in branching out into different things?

I love action, but I also love other genres like fantasy, gangster and horror. I would like to branch out into as many genres as possible as it gives my acting career variety and the opportunity to take varied and interesting roles.

What’s been the most challenging role you’ve had so far?

The most challenging role I have had so far was playing a Roman Soldier called CASSIUS in the NBC series AD: Rome and Empire. It was a great role and challenging because I was filming in the middle of the Sahara desert with heavy costumes and weapons, but still had to come across believable and like I was used to walking and talking like they did in those times.

Of the characters you’ve played are there any who are like you in terms of personality? How so?

I think I am most like my character in LEGENDS. The character I play, STEVE is quite cheeky and sits and eats noodles in front of the monitors spying on the bad guys and feeding information back to Sean Bean’s character. I’m more like this, focused on the things I do, but adding a bit of edge so I’m not taking myself too seriously.

When you get a script are there any particular character traits you need to jump off the page before you’d be interested in a role?

Well, I look for characters with a bit of an edge and darkness to them. I enjoy playing characters that have a troubled past and different layers to their personality. I look for the journey the character goes on and what is at stake and how much of an impact the character has on the narrative. A character which is being chased, vulnerable or something happens to them is what interests me a lot.

What projects do you have coming up?

I just finished working on two television shows. One is called EMERALD CITY which is again for NBC and is a modern day version of the Wizard of OZ. I got to work with Vincent D’onfrio in this, who I really admire as an actor, and the other is a Canadian show called X COMPANY which will be broadcast on CBC and is a military drama, a genre which I also love.

Thanks very much and all the best with your future endeavors.