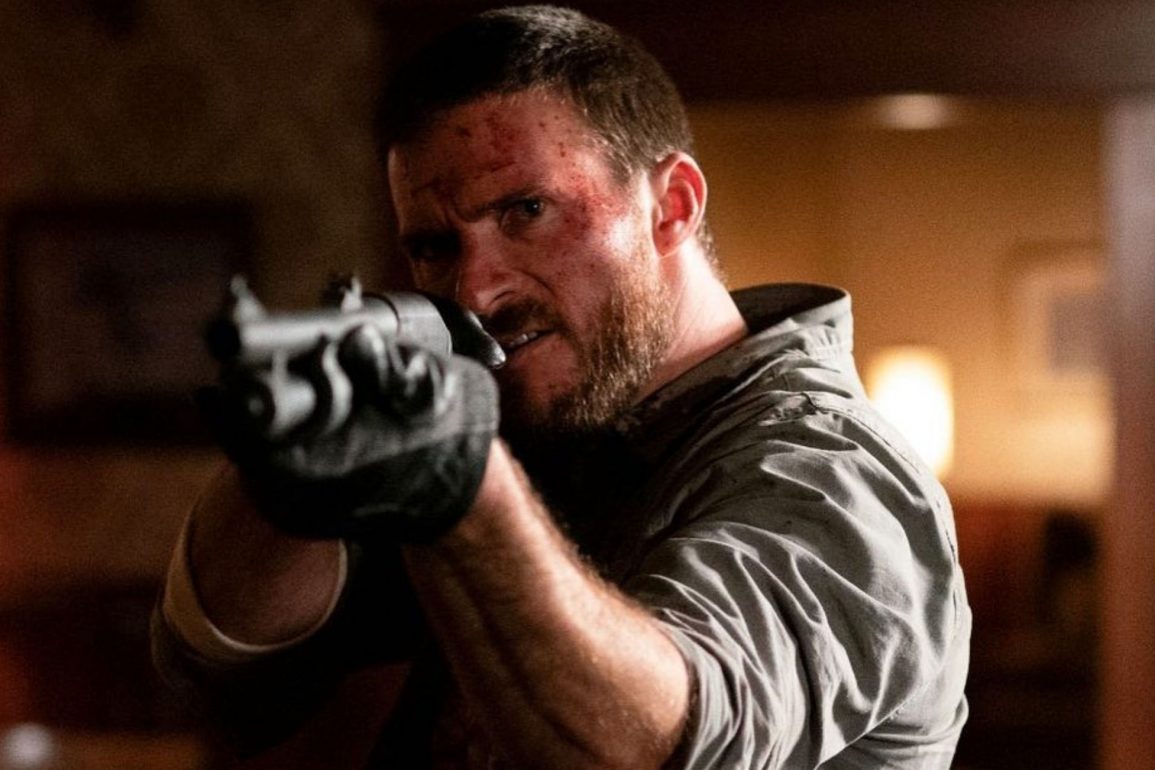 Dangerous never gets as crazy as it could and feels like a missed opportunity in some respects but it as several fun action scenes (especially towards the end) and genuinely funny moments to make it worth renting.

Plot: A reformed sociopath journeys to a remote island to investigate the mystery behind his brother’s demise, but soon ends up facing off with more than he bargained for.

Review: I haven’t been posting much this past week as I needed a break from things, but I am suitably rested now so it’s time to catch up on some reviews for new action pictures. I go into some spoilers ahead so tread carefully.

First up is Dangerous staring Scott Eastwood and Mel Gibson which has some cool ideas, but I thought it never quite lived up to its potential. The idea of someone who has a past for being a dangerous killer (thus the title) but is now taking meds and seeing a therapist (Gibson) barely holding on to his sanity is interesting, but I felt it didn’t go crazy enough for the finale.

It certainly has its moments and if you close your eyes during certain scenes when Scott Eastwood is talking you could be mistaken for thinking it was his father. He has some choice one-liners and when he starts gunning down the bad guys at the end it’s pretty satisfying but it just doesn’t do enough that feels fresh.

I enjoy Kevin Durand as a villain as no one sneers quite like him but even he wasn’t especially threatening and you felt like he could have been more memorable.

It takes a while for any action to kick in but its rarely dull and makes for a diverting 99 minutes. We get some fight scenes and as I said the finale with the cannon was awesome.

It’s hard to actually care for Dylan ‘D’ Forrester (Eastwood) and at times you aren’t sure if we should be laughing or not but I enjoyed the scenes when D is on the phone to Dr. Alderwood (Gibson) as he wants so bad to go back to his old ways while the doc tries to persuade him otherwise. When D eventually allows himself to show his true colours you’re essentially wanting it to go a bit John Wick meets Crank but it never quite reaches those levels.

Famke Janssen feels wasted in it and her character doesn’t do anything other than show up at the end just to get shot so you have to wonder why she was even there; the same can be said for Tyrese Gibson who I was sure was going to reappear later but he didn’t.

Despite the flaws there is fun to be had and there are some funny moments and entertaining action scenes to make it worth a rental.

Overall, Dangerous never quite lives up to its name and could have been crazier than it was but it has several enjoyable action scenes and it’s worth checking out at least once. It’s the kind of old-school action movie that isn’t trying to change the world but just entertain and that’s exactly what it does.