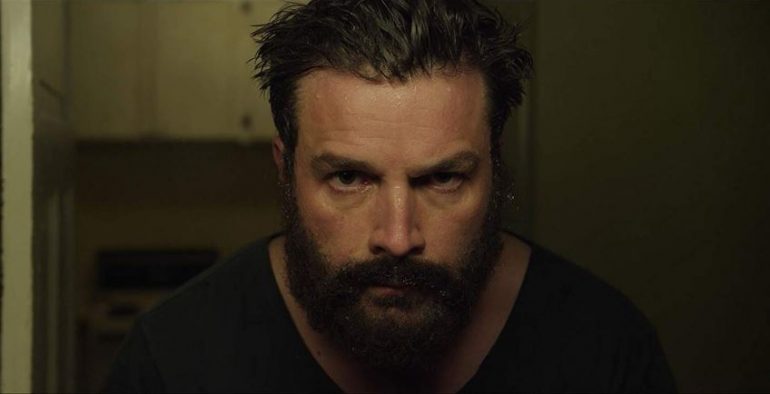 Darc is definitely worth seeking out on Netflix if you’re looking for some R rated badassery and a bodycount in the hundreds.

Plot: To bring down a global human trafficking ring, an Interpol agent recruits the help of a brutal criminal with inside knowledge of the yakuza.

Review: I have to give a shout out to Andrew Babcock for recommending this movie to me as it went completely under my radar. Darc is on Netflix just now so if you’re looking to check it out then prepare for some hard R rated action that pulls no punches.

I go into some spoilers here so if you haven’t watched the movie don’t read on.

I’m a little confused about who directed this movie as the posters say Nick Powell and the movie itself on Netflix says it’s directed by Julius R. Nasso. If someone wants to clear that up for me that would great.

*Not Very Interesting Tidbit* The name Nasso is familiar as he produced many of Steven Seagal’s best films like Marked for Death, The Glimmer Man, On Deadly Ground and Under Siege 2… OK so they aren’t all great but I still enjoyed them.

Darc actually feels like an old-school Seagal film way back when his films were watchable but the lead Tony Schiena (Wake of Death) is far more interesting than Seagal ever was. He doesn’t say much but he has the brooding badass down and he has the moves during the many fight scenes too.

Darc is an old-fashioned balls to the wall actioner with gallons of bloody violence, nudity and action to satiate any action fan. Admittedly the camera could slow down at times during the fights as it’s sometimes hard to see what’s going on but it still has plenty of style and did I mention how violent it is?

Netflix movies tend to be really nasty and Darc is no different with a seedy tone which at times feels somewhat misogynistic as every woman in it is basically a prostitute who gets abused or killed aside from Darc’s super attractive and friendly neighbour… who eventually gets killed. It’s a shame as she was arguably my favourite character and it really left a bad taste in my mouth when she got killed off; it felt unnecessary and frankly cruel.

Aside from that though Darc wastes no time in bringing on the beatdowns and I think Tony Schiena could have a bright career ahead of him as a new action hero.

Armand Assante is always worth watching and he plays a rare good guy in this whose daughter has been kidnapped and is the McGuffin Darc is out to save.

The Yakuza villains are pretty one-dimensional scum who just need to be killed and thankfully Darc happily obliges as he punches, kicks, stabs and shoots his way through them trying to not only rescue a girl but to avenge his mother’s savage murder.

Overall, Darc has plenty of brutal moments of violence with Tony Schiena proving suitably badass as the lead; if you have Netflix then check it out.