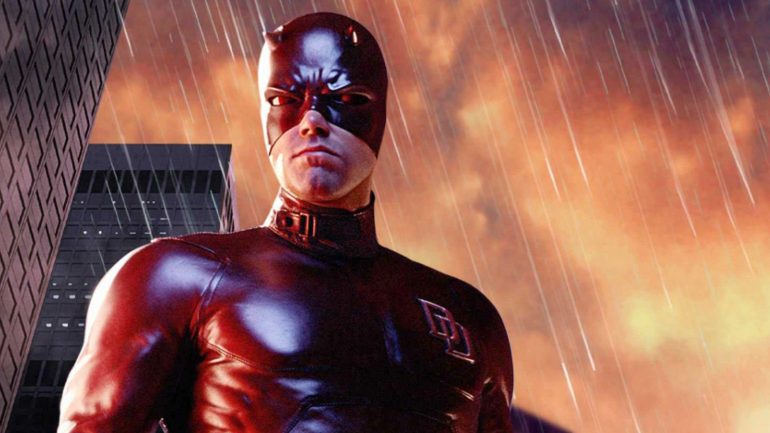 Daredevil: The Director’s Cut is the superior version of of this mostly reviled comicbook adaptation; it has some brutal moments of violence and dark tone so I stand by that it’s a fun watch.

Plot: Attorney Matt Murdock (Ben Affleck) is blind, but his other four senses function with superhuman sharpness. By day, Murdock represents the downtrodden. At night, he is Daredevil, a masked vigilante, a relentless avenger of justice. When Wilson Fisk (Michael Clarke Duncan) hires Bullseye (Colin Farrell) to kill Daredevil, Murdock must rely on his own senses and search out the conspirators against justice — which may include his own girlfriend, Elektra (Jennifer Garner).

Review: Yet another movie that is widely reviled is this Ben Affleck vehicle where he plays Matt Murdock AKA Dardevil. The Director’s Cut of the movie really is the definitive version as it provides greater back story to the characters and really allows Michael Clarke Duncan to steal the movie as the Kingpin. He really is fantastic in it and feels genuinely threatening; I love the scene where he chokes his own men just for fun: pure comic book villainy.

Alas, Colin Farrell as Bullseye is just too over the top and camp, really ruining the otherwise dark tone; he’s not bad in it per-se, he should have just toned it down a bit.

I actually think Ben Affleck was really good in it and he’s very convincing as a blind man. When he’s Daredevil he’s a total badass and I love the way he growls “JUSTICE!” before beating up a bar full of scumbags.

Jennifer Garner looks fantastic as Elektra but there is the odd moment of dodgy acting; she does have good chemistry with Affleck on screen so t’s no wonder they got together.

One thing which stands out the most about this film is how dark and violent it is. There’s a scene where Daredevil beats the living shit out of a bad guy and practically kills him. After he beats up the goon, a child cowers behind him saying “please don’t hurt me” and Daredevil responds “I’m not the bad guy, kid”. This isn’t your family friendly Avengers movie, but a really interesting look at what it means to be a vigilante. It has a dark heart and doesn’t skimp on the violence.

Jon Favreau is essentially the comic relief but he’s actually very welcome in it and is as likable as always. He has a larger part in the Director’s Cut where he investigates the murder of a hooker with Matt.

The CGI in the movie is kinda bad in places (isn’t it always?) but I’ve seen worse.

The score isn’t classic, but it does have a theme tune and it sticks in your head after viewing.

Overall, I really enjoy Daredevil and the Director’s Cut is a much better film; it just flows easier. It’s not without its flaws but there’s plenty to enjoy. I probably wouldn’t recommend watching it with the kids though as it is pretty violent.