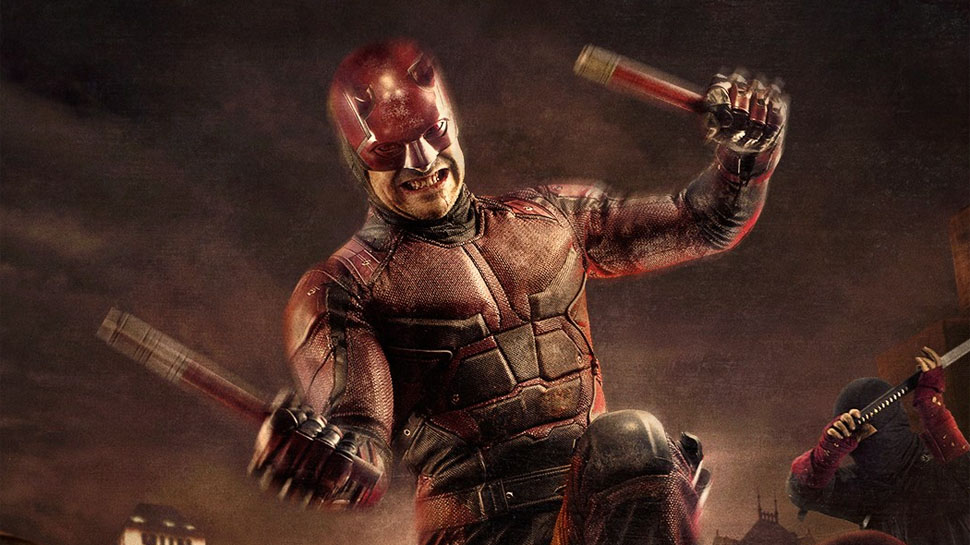 Despite the odd pacing lag Daredevil Season 2 is another winner and is easily the best of the Marvel TV shows.

Plot: The second season of the American web television series Daredevil, which is based on the Marvel Comics character of the same name, follows Matt Murdock / Daredevil, a blind lawyer-by-day who fights crime at night, crossing paths with the deadly Frank Castle / Punisher along with the return of an old girlfriend–Elektra Natchios.

Review: The first season of the Marvel/Netflix series Daredevil blew me away last year as it was one of the darkest and most violent things I’d seen Marvel do yet.  When I’d heard that we were going to see The Punisher in Season 2 I went full fanboy as he and Batman are my two favourite comic book characters.

Jon Bernthal doesn’t disappoint and despite loving Thomas Jane and the other incarnations of Frank Castle, this feels the most authentic making him out to be pretty unstable and quite terrifying too.

Bernthal brings just the right amount of pathos to the role though so despite the awful things Castle does, you still kinda root for him because after all, the people he has killed were all bad so that makes it OK, right? Well, that’s where this series really elevates things as we have Daredevil on one side and The Punisher on the other but they both want the same thing: to rid the city of the criminal element.

Daredevil wants them in jail and The Punisher wants them all dead. We have this moral dilemma all the way through this season where you can see both sides of the argument and feel slightly guilty that you pretty much agree with Frank.

We all know that Frank is more of an anti-hero rather than an out and out villain but Bernthal’s portrayal is a man teetering on the edge and this is Castle at his most vicious.

One of his finest moments is when he is in jail and he takes out an entire corridor full of criminals using his fists, a shiv and whatever else he can get his hands on. He is a killing machine and that’s just the way we like him. Admittedly during this scene there are a few moments where you can clearly see headbutts not making contact with opponents but it’s not a massive deal.

The only problem with a character like The Punisher is when he is not on screen you are just waiting for him to come back, which makes the character of Daredevil slightly less interesting.

I found Matt quite difficult to root for this season too as he was busy being manipulated by Elektra and let his team down on several occasions but once again it’s the whole moral quandary behind the show that makes it interesting.

Elodie Yung is gorgeous and unpredictable as Elektra and she is also quite unhinged as she turns Matt’s world upside down. I still prefer Deborah Ann Woll as Karen Page who is just a nicer person and and it’s nearly impossible not to fall for her.

In terms of action the highlight for me was the stairwell fight in episode 3 which was phenomenal (and brutal) where it’s just Daredevil bringing the pain to an entire biker gang.

This season better paced than the first too and pretty much every episode had an entertaining action sequence. Oh and there are also ninjas… lots of ninjas.

Rumour has it that Frank Castle will be getting his own series soon and that I am really looking forward to it as Bernthal has made the role his own.

Overall, Daredevil nails it once again giving us the best live action incarnation of The Punisher we have seen so far with some interesting moral decisions, character arcs and bone crunching action to be a must watch for action fans. Bring on Bullseye for Season 3…