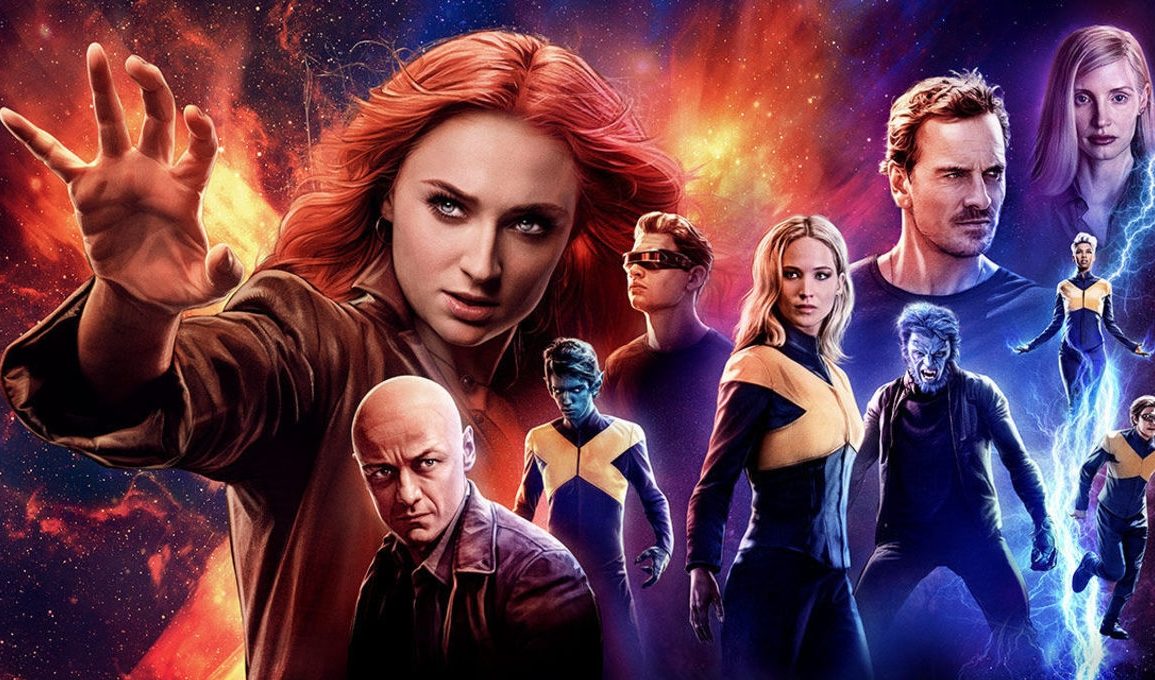 Dark Phoenix wastes a great cast on a pointless retread of The Last Stand; this is the marginally better movie but it still rushes the story and never gets quite as apocalyptic as it could. OK Marvel, you’re up…

Plot: This is the story of one of the X-Men’s most beloved characters, Jean Grey, as she evolves into the iconic DARK PHOENIX. During a life-threatening rescue mission in space, Jean is hit by a cosmic force that transforms her into one of the most powerful mutants of all. Wrestling with this increasingly unstable power as well as her own personal demons, Jean spirals out of control, tearing the X-Men family apart and threatening to destroy the very fabric of our planet. The film is the most intense and emotional X-Men movie ever made. It is the culmination of 20 years of X-Men movies, as the family of mutants that we’ve come to know and love must face their most devastating enemy yet — one of their own.

Review: I don’t know what it is about the X-Men movies but I just don’t get them with the exception of Logan. It’s strange because I loved the 90’s cartoon but that may be the problem; I just feel like it doesn’t really translate that well to live action.

It could be because I’m in my 40’s now but all I see when watching these movies is a lot of people wearing blue Smurf makeup and jumping around defying gravity and it’s all just a bit silly.

Dark Phoenix is a retread of the story that was poorly handled in The Last Stand and sadly this isn’t much better. It’s not a terrible movie by any means but when you have a cast that includes James McAvoy, Michael Fassbender and Jennifer Lawrence you kind of expect the highest caliber and this just ain’t it.

It at least wastes no time getting going setting up our story quickly with our crew of heroes sent into space to rescue a group of astronauts from what they believe is a solar flare. Jean Grey (Sophie Turner) is caught in the anomaly and the crew think she is done for but she is still alive and seems to be just fine… for a while. Then she starts to change and becomes more powerful than ever before; the other X-Men see her as a threat and things escalate from there.

I’ll say no more so nothing is spoiled but it certainly isn’t dull however, the biggest problem is we already saw it in The Last Stand so why are we doing it again? Weren’t we teased with Mr. Sinister a few movies back? Why haven’t we had him yet? He’s who I really want to see and was my favourite villain from the cartoon.

Sophie Turner is perfectly cast as Jean Grey and has very strong features so you believe she could be a powerful being and the cast in general all manage to keep a straight face during all the ridiculousness.

I do love James McAvoy and he is the embodiment of the younger Charles Xavier; he can at times be very sensitive just by a movement of his eyes bringing real truth to the character. In Dark Phoenix Charles refuses to admit that his ego may have taken over when things go wrong which shows us an interesting new side to him. My favourite mutant though is Magneto played by the always magnificent Michael Fassbender whose icy coolness is ideal for the role. He never really goes fully evil in these movies which is what makes him such a fun character and his mind games with his “old friend” Charles are the highlights of this series.

Jessica Chastain is the main antagonist who wants to use the Dark Phoenix to take over Earth and restore her race but she is such a generic character that I literally had to look up IMDB to see what her name is… which is blank so let’s move on.

The set-pieces are adequate but somewhat forgettable and the film generally feels rushed; you can almost hear the filmmakers saying “hurry up, Disney will be here with a new cast any second for the MCU reboot” which let’s face it is what we’re all waiting for. Hugh Jackman’s presence is sorely missed from these movies and despite the solid performances there isn’t anyone who has really taken over his mantle as a strong lead.

The dialogue is mostly predictable too and I found myself saying some lines before the characters which is never a good sign. Jennifer Lawrence has the worst line in the movie regarding “X-Women” which made the entire theatre groan…

Hans Zimmer provides the music score and it’s absolutely fine but not all that memorable and once again it’s a missed opportunity for an epic update of the 90’s cartoon theme tune which remains THE quintessential X-Men Theme.

Overall, Dark Phoenix feels like it could have been special if it wasn’t happening during the whole Marvel takeover so instead it’s just a rather forgettable finale to the Fox X-Men series which deserved something more spectacular. It’s not an appalling movie but it’s just not all that interesting either. Wait for Netflix or better yet watch Logan again.