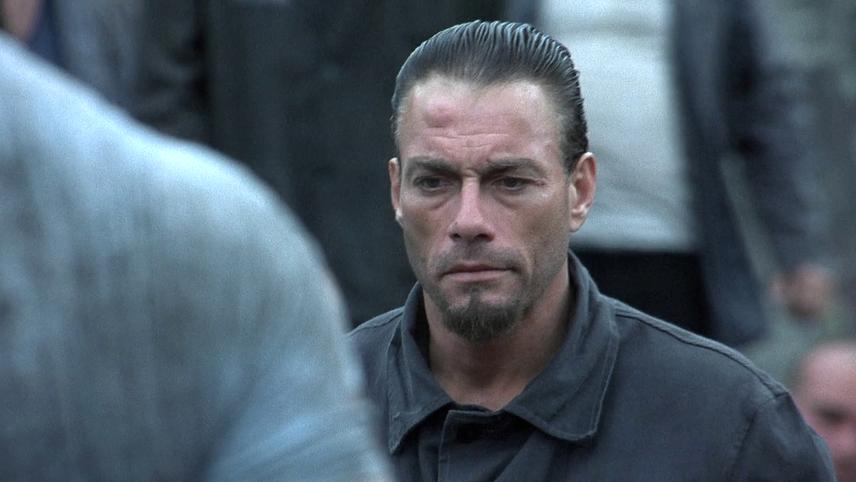 Jean-Claude Van Damme has had a varied career and made interesting choices in terms of the projects he has chosen. They may not always be successful but he’s never afraid to try something different. Two movies he has done have both been set in prison (Death Warrant and In Hell) but are both contrasting in terms of the story and tone.

Let’s take a look and see which is better:

Death Warrant is set in a violent and corrupt prison where cop Louis Burke (JCVD) must infiltrate the jail to find answers to a number of inside murders. In prison he comes face to face with The Sandman (Patrick Kilpatrick), a seemingly unstoppable killer who will test Burke to his limits.

This was one of the first Van Damme movies I ever watched and I immediately became a fan. Death Warrant is more of an early 90’s fight film which doesn’t go into things like prison rape and other unpleasantness (thankfully) and manages to keep the tone pretty light. It’s only really let down by the annoying nerdy kid who keeps hitting on the love interest Amanda Beckett (Cynthia Gibb).

It has a fight scene every few minutes with Burke taking on various inmates climaxing with him battling to the death with The Sandman in what remains one of my favourite JCVD fight scenes. The Sandman is one of the best adversaries for Van Damme and the build up to the final fight is thoroughly satisfying.

Despite having a lighter tone than In Hell it still manages to have some rather convincing looking prisoners giving a believable sense of threat throughout. it also has outlandish supporting characters like The Priest who agrees to help Burke.

From director Ringo Lam In Hell is a far different beast from Death Warrant; gone is the sense of cheesy fun and it’s a darker film with very few moments of levity. JCVD plays Kyle LeBlanc, an honorable citizen who winds up incarcerated in Russia after he takes revenge on the man who murdered his wife, resulting in the killer’s death. Unfortunately for Kyle, he is assigned to a prison that is renowned for its violence. Controlled by a corrupt and sadistic warden, the facility regularly holds brutal fights between inmates. In order to survive in the prison, Kyle must participate in the battles, even as he attempts to retain his humanity.

I’ll be honest and say I’ve only been able to sit though this movie twice; there’s no denying that it is slickly made with Van Damme giving one of his best performances to date as LeBlanc but it’s a tough watch.

It’s arguably the more believable movie so there’s no supernaturally powerful villains like The Sandman. This time it’s Van Damme vs. other inmates as they brutally fight with no martial arts; the fights in this movie aren’t showy in any way, really give off a sense of desperation as they try to fight for survival.

One of the main villains is called Andrei played by the intimidating Raicho Vasilev who enjoys raping one of the other male inmates on a regular basis; nothing is seen but we can hear his screams which are haunting and more disturbing than anything else in the movie.

When the film ends you are as relieved as LeBlanc to finally be free of this nightmare so it’s not exactly a good time.

Well, I think you can tell which one is number 1 on my list. I think In Hell is arguably the better made film in terms of semi-serious drama but for a movie which I enjoy watching on a regular basis then Death Warrant gets my thumbs way up. Which is your favourite?