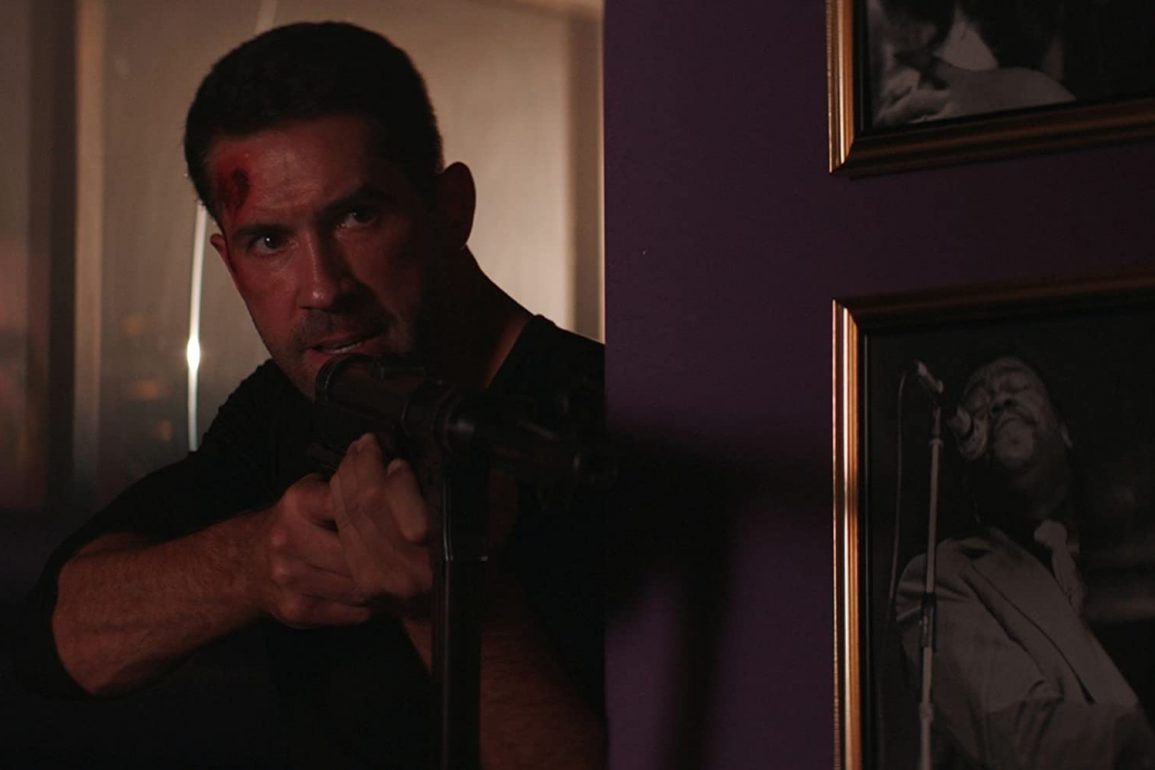 Debt Collectors is a superior sequel for the Adkins/Mandylor/Johnson team with some hilarious one-liners, brutal beatdowns and a finale that keeps things open for a (much needed) third outing.

Plot: A pair of debt collectors are thrust into an explosively dangerous situation, chasing down various lowlifes while also evading a vengeful kingpin.

Review: The Debt Collector remains one of my favourite collaborations between Scott Adkins and Jesse Johnson however, even at the time that ending always bothered me as I had really grown to love Sue and French and their buddy banter so it was such a disappointment to see them both (potentially) killed off. Thankfully the movie gods intervened and our two favourite debt collectors somehow survived and return for this hugely enjoyable sequel.

Like the first movie Debt Collectors feels like a throwback to the classic buddy moves of old like 48 Hrs. or Lethal Weapon and is generally the kind of film we rarely get to see anymore. There are fistfights every few minutes and any movie that opens with a bar brawl immediately gets two thumbs up from me.

In our recent interview Scott mentioned how he hoped they managed to recapture the chemistry and magic of the first film and I’m pleased to say that they do with another sharp script packed with one-liners, pathos and of course fantastic beatdowns.

Adkins and Mandylor are still magnetic on-screen together with the two actors at the top of their game; there is something about Sue (Mandylor) that always feels shady where you can’t really trust him which I think is a nice touch as men who work in their profession aren’t exactly going to be choir boys.

The action highlight is a fight where French and Sue come to blows in an alleyway which has really been boiling under the surface since the first movie; it is a wonderful nod to the John Carpenter classic They Live as the two men refuse to relent and keep tearing strips off each other.

At round 90 minutes it moves briskly and benefits from multiple viewings as there are so many little asides and pieces of dialogue that you may miss them the first time.

We once again have a stellar supporting cast including the endlessly cool Vladimir Kulich, Vernon Wells from Commando and Marina Sirtis from Star Trek: TNG who I would love to see return in a potential part three as her past fiery relationship with Sue adds some extra spice to proceedings.

Ski Carr makes for a menacing villain whose motivations I won’t spoil here but he is a nasty piece of work who eats up the screen. Josef Cannon and Jermaine Jacox also make for a fun duo as two hitmen who are keeping an eye on French and Sue.

Johnson’s love of Spaghetti Westerns once again comes to the fore with Sean Murray’s excellent score which is one of his best to date. I would actually love to see all the cast and crew reunite to make a Western as I think Johnson could do something special.

In terms of flaws you may be a little disappointed that there isn’t a climactic fight scene but it still delivers the action goods so genre fans won’t be disappointed.

Overall, Debt Collectors manages to recapture lightning in a bottle with Scott Adkins and Louis Mandylor making for an entertaining double act with some choice one-liners and satisfying fight scenes. I hope it finds an audience as I feel like this needs to be a trilogy and I want to see Marina Sirtis in a bigger role too as she was a wonderful addition to the cast.