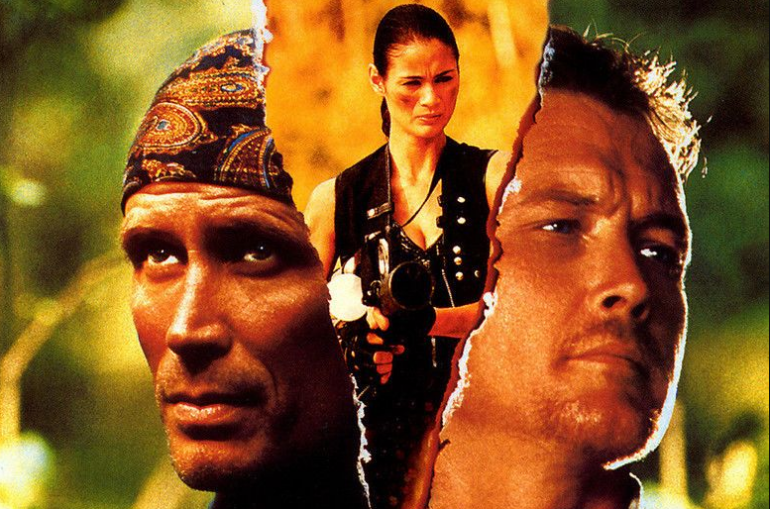 Decoy isn’t as awesome as it could be but it’s well paced with Peter Weller and Robert Patrick making for a fun duo. It has some of the coolest action movie weapons I’ve seen for some time with Charlotte Lewis and Vladimir Kulich being suitably nasty as the villains; I didn’t like the ending as I prefer my action movies to be more upbeat but up until then it’s still a good time.

Plot: When a rival businessman Jenner threatens his daughter Diana, tycoon John Wellington hires Secret Serviceman Jack Travis to protect her. In turn, Travis hires the eccentric mercenary Baxter, also a former SS agent, to assist. So, Travis and Baxter are hired to protect his daughter.It all seems simple enough at the beginning, but shortly after the bodyguards meet Diana they quickly find themselves in an increasingly complex and deadly situation in which almost no one is exactly who she or he seems to be.

Review: RoboCop and the T-1000 share the screen together in this actioner about two former CIA operatives (Peter Weller and Robert Patrick) who agree to guard an heiress whose businessman father double-crossed an ex-partner. Decoy doesn’t quite go the way you expect with a few twists and a surprisingly downbeat ending that doesn’t leave you with much.

Aside from that it’s mostly a good time with Robert Patrick’s Jack Travis one of his craziest characters to date… and he’s the good guy. He seems to be having a fun time and Weller is more restrained but also has his own character quirks. Both make for a likeable pair who some fun banter as they try to protect “Diana” from the villain’s goons. It never quite reaches the levels of greatness it could with such a talented cast but there are enough set-pieces to make it worth watching at least once.

Two of the main antagonists are Charlotte Lewis as Katya and the always awesome Vladimir Kulich; both make for truly hateful villains with Lewis being suitably cold and ruthless.

The coolest element about this movie is the arsenal the bad guys have at their disposal including huge guns, crossbows and weapons that clip on to their arms which fire blades and other awesome things.

Decoy is well paced with some impressive action scenes; my personal favourite has to be when Robert Patrick is standing on top of the bus screaming while firing his gun as the bad guys shoot at him.

It’s almost comical how many bullets are fired in this movie, and they never seem to hit anyone but that’s action movie logic, I guess. We get an exciting final showdown and some explosions and shoot-outs to keep things moving.

As I stated above however, I didn’t like the ending as action movies shouldn’t finish on a downer; the whole point is to be a fun escape from reality so it loses points for that.

I also find the poster a little odd (below) as it shows some cyborg looking woman with a red eye which isn’t anything to do with the film but I imagine it was to cash in on the fact we have Robocop and a Terminator in the film together. 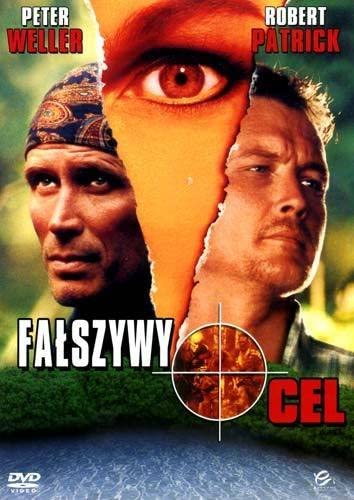 Overall, Decoy is a mostly fun time with Peter Weller and Robert Patrick making for a quirky duo, some unpredictable twists and a surprise ending. The weapons the bad guys use are awesome and I miss these kinds of movies where people have ridiculously over the top firepower at their disposal.