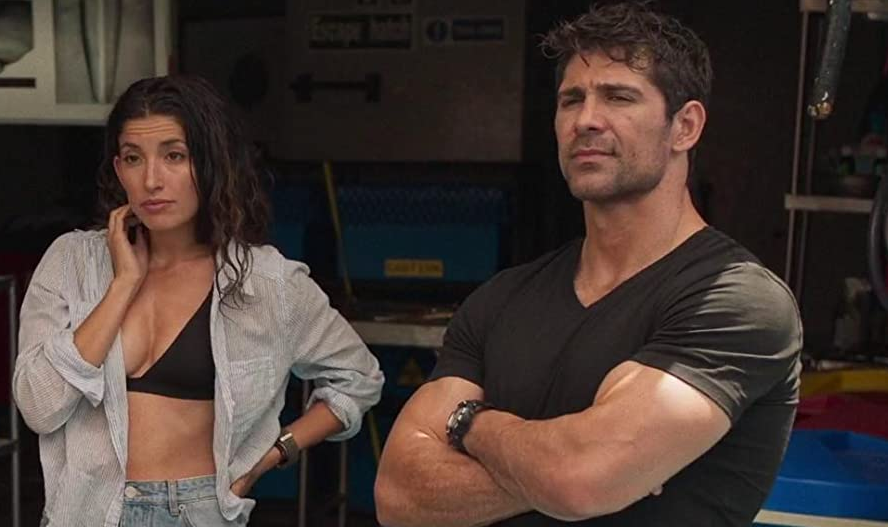 Deep Blue Sea 3 is a vast improvement over the 2nd movie but it lacks truly sympathetic characters; there are some hilarious kills but it’s really Bren Foster who owns the screen and he has a few fight scenes which is what makes this worth a rental at least. It’s time we got to see him battle Scott Adkins in a no holds barred action flick.

Plot: Studying the effects of climate change off the coast of Mozambique, a marine biologist and her team confront three genetically enhanced bull sharks. Now, a new bloodbath is waiting to happen in the name of science. Will humans never learn?

Review: Deep Blue Sea is arguably the second-best killer shark movie after Jaws but after so many Sharknados, MEGs, Two-Headed Shark Attacks and more is there really anything new you can do with the shark genre? Well let’s take a look at the third entry in the Deep Blue Sea franchise and find out.

The second Deep Blue Sea was irredeemably awful but I’m pleased to say that the third entry is an improvement and although it doesn’t match the scale of the original it’s still a lot of silly, harmless fun. I was really only interested in it because underrated badass Bren Foster had a sizable role and as expected he steals the show from an otherwise forgettable cast of characters.

Our main lead Emma Collins (Tania Raymonde) is obnoxious right from the start and I never really took to her at all; I think she’s meant to come off as “strong” but instead is just a total bitch saying lines like “that’s not good enough” to her staff which immediately makes you take the side of the sharks.

Everyone else is pretty bland and you do miss the star power of Samuel L. Jackson or Thomas Jane. This obviously has a lower budget but it has decent production values with impressive explosions and the sharks look believable enough. It does take a while for anything interesting to happen however, and I felt the pacing could have been tighter.

It’s the final half hour where things pick up and we get to see Foster kick some ass in entertaining fight scenes but we also get some hilarious kills one of which nearly matches Samuel L. Jackson’s in the original.

For me, the highlight of the first movie was Trevor Rabin’s frankly awesome score which is sadly missing here and we now have a rather tuneless modern score which you won’t remember by the time the end credits roll.

Overall, Deep Blue Sea 3 is a fun romp with Bren Foster stealing the show and there are some inventive kills but the other characters are really just there to be eaten and Tania Raymonde’s character Emma is insufferable. If you’ve watched Jaws, Deep Blue Sea or The Meg before then this doesn’t really bring anything new to the killer shark genre.