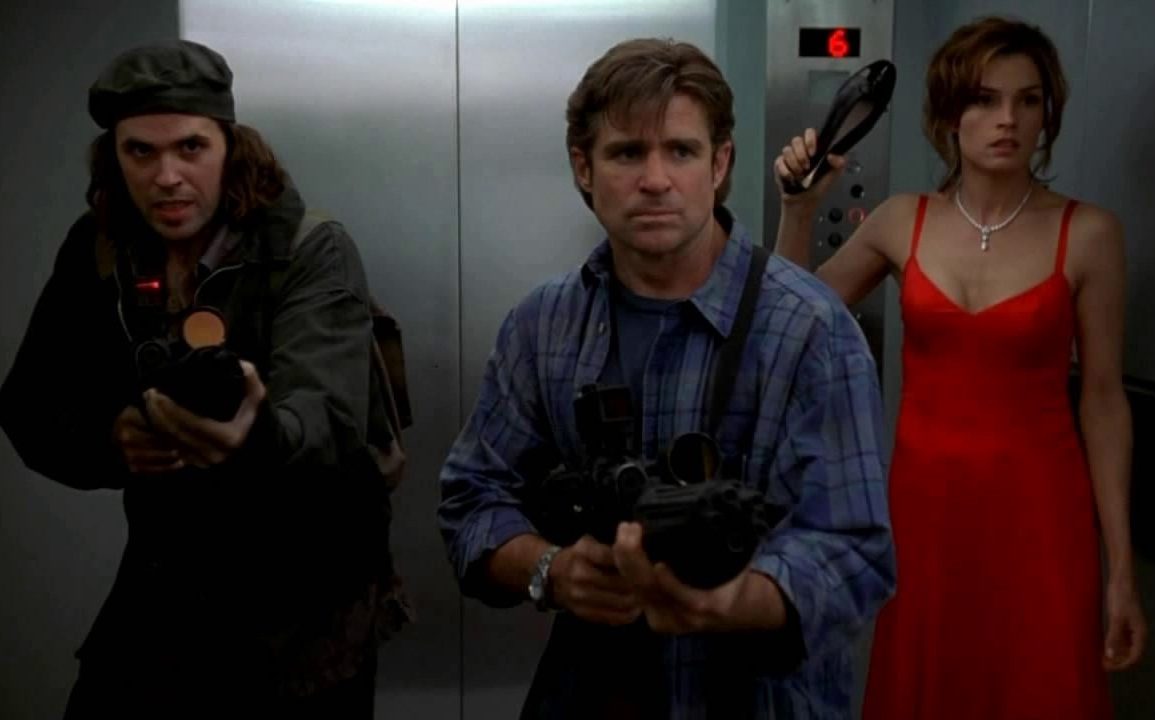 Deep Rising is pure cheese with tons of action and some blood spattering goodness to be well worth a watch on Saturday night with pizza and beer.

Plot: A newly unveiled ocean liner, the Argonautica sets out on its first cruise, only to encounter dangers both on board and in the ocean depths. While the beautiful thief Trillian (Famke Janssen) attempts to steal riches from the boat’s wealthy passengers, the ship encounters major problems, most notably a giant murderous sea creature with tentacles. Eventually, a boat captained by John Finnegan (Treat Williams) comes across the Argonautica, and everyone struggles to survive the monster.

Review: Deep Rising is the type of cheese-filled popcorn movie I thoroughly enjoy; it knows exactly what it is and just has fun with it. With a surprisingly good cast who are all up for it while keeping a straight face, Deep Rising delivers plenty of action, some horror and a few laughs too.

Treat Williams reminds me of Nathan Fillion in his role as the lead John Finnegan; he has some fun one-liners but mostly plays it seriously which works in the movie’s favour. The effects are surprisingly still pretty decent although towards the end there is some crappy blue-screen but in general the action is well done with awesome guns and a few explosions.

Wes Studi is one of my favourite actors and he was in tons of movies throughout the 90’s; he plays the mercenary Hanover who wants to steal money from the ship’s vault but instead ends up fighting for survival with his men and our heroes. There’s no redemption for Hanover and yet I still found him quite likeable and a part of me was hoping he would escape at the end.

As my friends Helen and Peter were saying to me the other day Kevin J. O’Connor is so underrated and he is a lot of fun as Joey Pantucci; the whiny character who has some of the best lines.

We also get a young Cliff Curtis, Djimon Hounsou and Jason Flemyng in supporting roles who needless to say meet grizzly ends.

The movie ends with a great “now what?” cliffhanger and was totally open for a sequel which we sadly never saw. I would have enjoyed seeing the recurring adventures of Finnegan and co. but alas it was not meant to be.

Jerry Goldsmith provides one of his most entertaining music scores which really adds to the action scenes with a memorable theme tune; remember them?

Overall, Deep Rising is pure cheese with tons of action and some blood spattering goodness to be well worth a watch on Saturday night with pizza and beer.