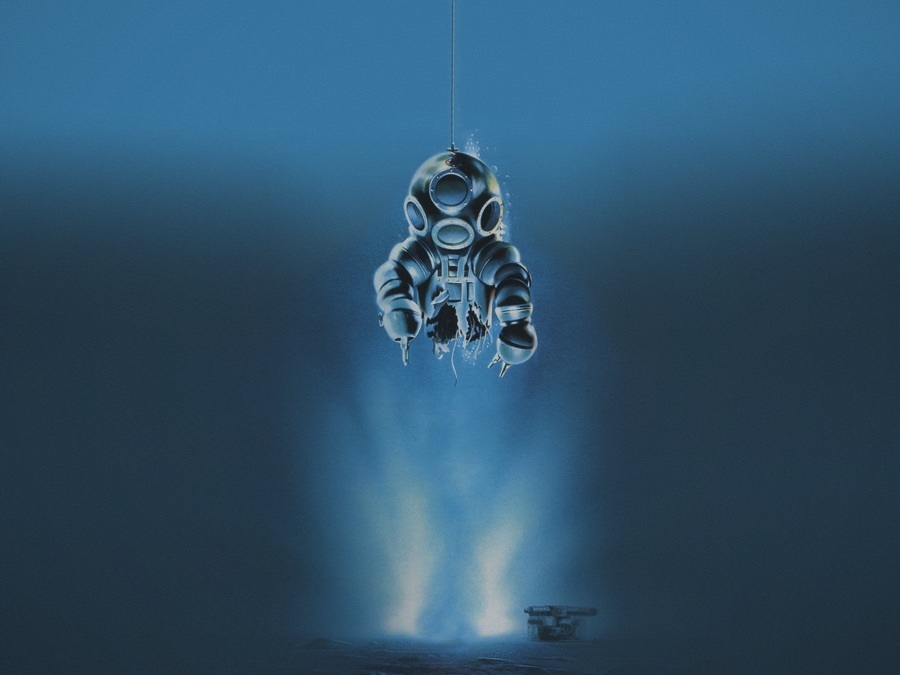 DeepStar Six is a fun Alien clone with a cool creature and impressive kills nearly making up for the rather plodding and talky first half.

Plot: The crew of an experimental underwater nuclear base are forced to struggle for their lives when their explorations disturb a creature who threatens to destroy their base.

Review: Critics have not been kind to DeepStar Six as it’s currently sitting at 9% on Rotten Tomatoes which feels a little harsh.

Released the same year as Leviathan (1989) DeepStar Six is another Alien clone that doesn’t get talked about as much and admittedly I do prefer Leviathan, but this is still a fun action/horror hybrid.

The cast isn’t as impressive but DeepStar Six still has the legendary Miguel Ferrer as well as Matt McCoy, Nancy Everhard and Greg Evigan who plays our hero McBride.

It takes a while for anything to actually happen but the first half sets up the characters and builds the suspense nicely; the most interesting character is Snyder (Ferrer) who is put upon by everyone and watching him go from wisecracking but world weary to utterly terrified shows what a talented actor he was.

If you’ve seen Alien (and who hasn’t?) then you pretty much know how this is going to go as it’s the same movie except underwater.

The creature still looks decent and we get a few nice kills (especially Matt McCoy who gets bitten in half) all leading up to the expected finale where a very select few survive.

Like I said it takes a while for anything to happen, it’s predictable and few of the characters make much of an impact but the final act is exciting and tension-filled making up for the rather slow first half.

Overall, DeepStar Six may not be anything revolutionary in terms of Alien clones but it has its moments, a few decent kills and a cast who do their best with the material but I personally prefer Leviathan.