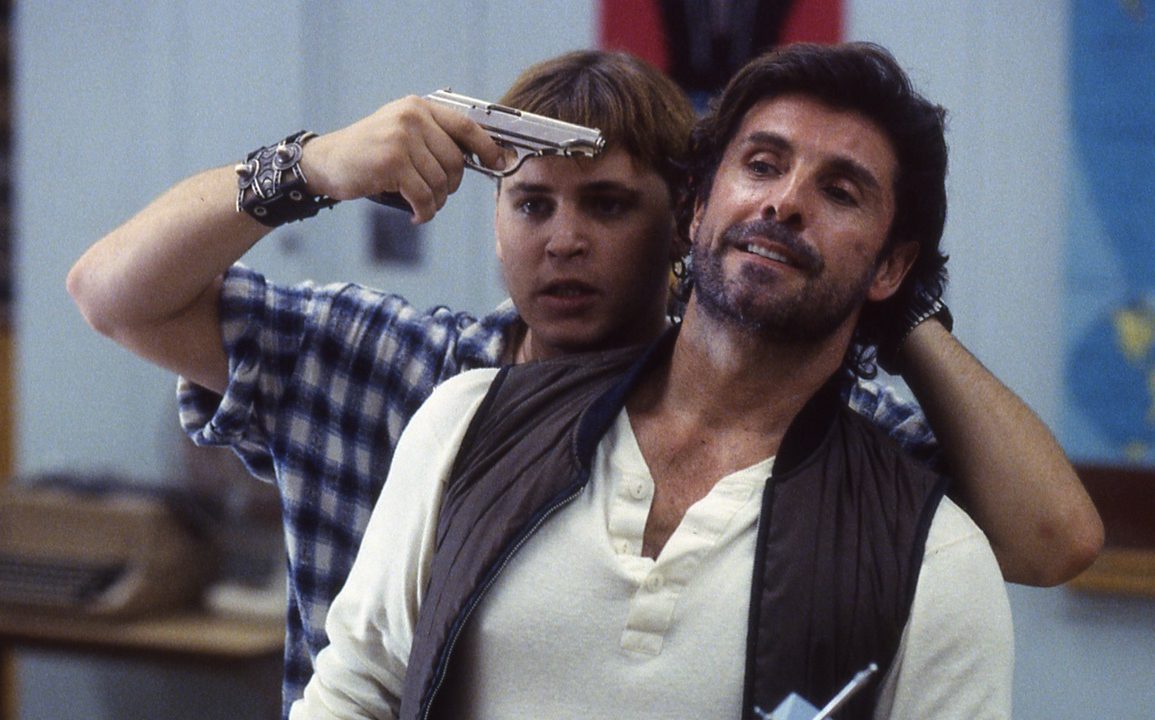 Today I thought I’d go back to the 90’s with two forgotten Die Hard clones – Demolition High and Demolition University, both starring the late Corey Haim. So let’s take a look and see which is the better Die Hard knock off. 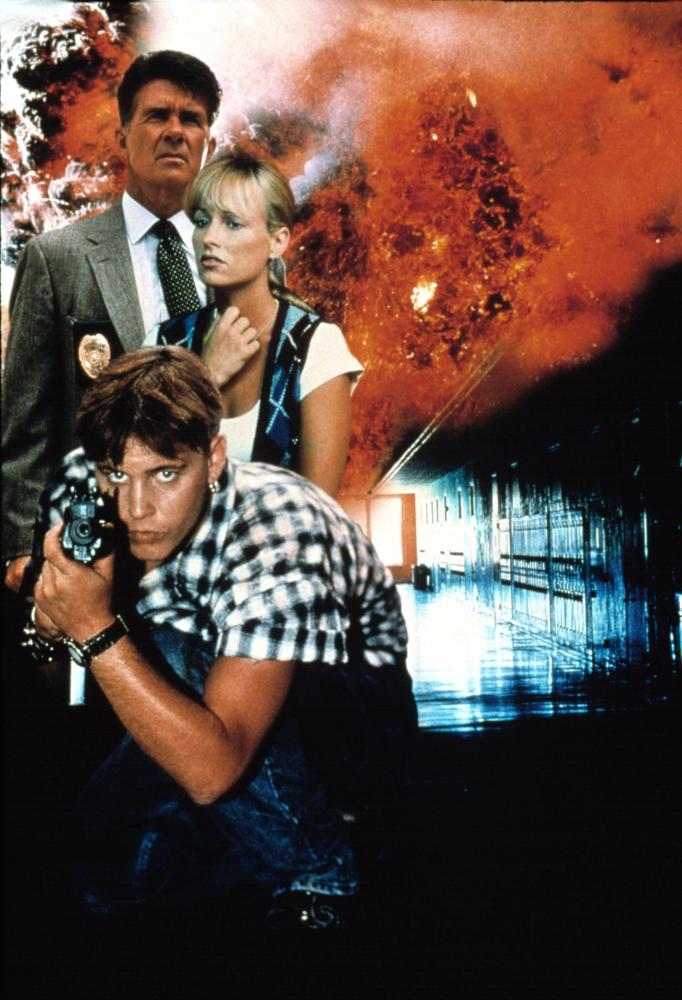 Plot: A high school is taken over by terrorists with deadly far reaching intentions but one heroic, resourceful student decides to take the fight right to them.

The Die Hard clone remains one of my favourite genres of action movies; you know what to expect – a lone hero wiping out terrorists who have taken over some kind of building. In Demolition High it’s a school and our hero is Lenny (Corey Haim), the new kid at school having moved from The Bronx.

He has a smart mouth which gets him into trouble especially with the school bully Eddie (Trey Alexander) and his friends. They try picking on him but Lenny is no shrinking violet and he knocks Eddie on his ass and the fight is broken up by the school security guard.

Lenny is taken to the principal’s office and reprimanded however, his day gets worse when terrorists arrive with a missile pointing at a local nuclear power plant and take the students hostage. It’s up to Lenny to use his wits and save the day… which of course he does. I like how he has to team up with Eddie the bully where they go from enemies to friends by the end; if only real life worked out like that.

This movie has mostly terrible reviews but I’ve always loved it; like I said this genre is endlessly rewatchable and Corey Haim could play this kind of character with ease. He is John McClane if he were a school kid spouting one-liners after killing various goons while never showing an ounce of remorse or shock after killing people.

Then we’ve got the villains Luther (Jeff Kober) and Tanya (Melissa Brasselle) who are pure cartoon characters but they do exactly what’s needed to be hateful and both get rather satisfying comeuppances.

Alan Thicke plays Lenny’s father who is also a local cop trying to stop the F.B.I. from screwing everything up (as usual).

Is it nonsense? Of course it is but that’s why we watch action movies but this has some slick set-pieces with explosions, shoot-outs, fights and quality bad guy deaths with a particular highlight being a goon sliding into a buzzsaw headfirst.

The music score is awesome with screeching electric guitars in the theme tune and the composer Kevin Kiner did the music to The Clone Wars TV series.

Overall, Demolition High is far more entertaining than it has any right to be as despite going straight to video it has some impressive action scenes and it’s just a fast paced 84 minutes with Corey Haim making for a likeable McClane-esque lead.

Plot: A college student and his friends try to thwart a deranged war veteran’s plan to poison the city’s water supply.

How can the same shit happen to the same guy twice? John McClane isn’t the only person who has to take on terrorists on multiple occasions. If I were Lenny Slater (Corey Haim) I’d maybe give up on school and get a job at McDonalds where it’s far safer.

This time Lenny is at university and after once again falling foul of the local jock douchebag he ends up on a bus to a water plant where terrorists have taken over. So it’s more of the same with a lower budget and a less interesting script; even the action this time feels cheaper with nothing especially memorable aside from a few cool bad guy deaths and explosions.

The main villain Max (Todd Allen) isn’t remotely terrifying and just comes off as slimy and smug; he’s certainly nasty but I just found him a little generic to make any real impression.

There are no one-liners this time around and it feels like it was trying to cash in on the success of The Rock as we even have a scene at the beginning where one of the terrorists gets trapped in a room with the VX and dies which you’ll remember from the opening of the Michael Bay classic. There are even a few camera angles in this which feel like they are trying to emulate Bay’s style but it doesn’t have the budget to pull it off.

This really just feels like a lazy retread of the first movie; I mean, having the bully and Lenny fighting over a girl and then becoming friends by the end is exactly the same as the end of Demolition High. This is at least well-paced and it’s always nice to see real explosions and squibs so it has its moments.

Overall, Demolition University is a fun time but it clearly has a lower budget than the first movie and the script lacks punch with Corey Haim’s Lenny far less interesting this time around.

For me this is easy, Demolition High all the way as it has bigger action and a fun script with Corey Haim making for a likeable protagonist. The sequel is more of the same and fails to make any real impression so it’s not a movie I watch often.