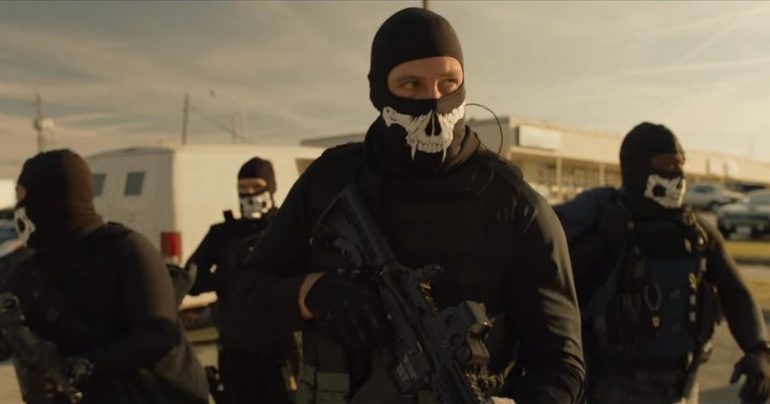 It’s Den of Thieves Day here at The Action Elite apparently and according to Deadline the heist actioner is about to get a sequel.

“Gerard Butler, Tucker Tooley, Mark Canton, Alan Siegel, Curtis “50 Cent” Jackson and director Christian Gudegast with O’Shea Jackson, Jr. (who is in negotiations) have pacted to return for a sequel to the heist thriller Den of Thieves. The project, which will be distributed by STX worldwide and financed by Diamond Film Productions, is being written by Gudegast from an original idea.

Den of Thieves 2, which will also be directed again by Gudegast, will find Big Nick (Butler) on the hunt in the streets of Europe closing in on Donnie (Jackson Jr.) who is embroiled in the dangerous world of diamond thieves and the infamous Panther mafia, as they plot a massive heist of the world’s biggest diamond exchange.”

I’m pretty sure some of that cast won’t return as… well if you’ve seen the movie you’ll know why.  Bring it on!