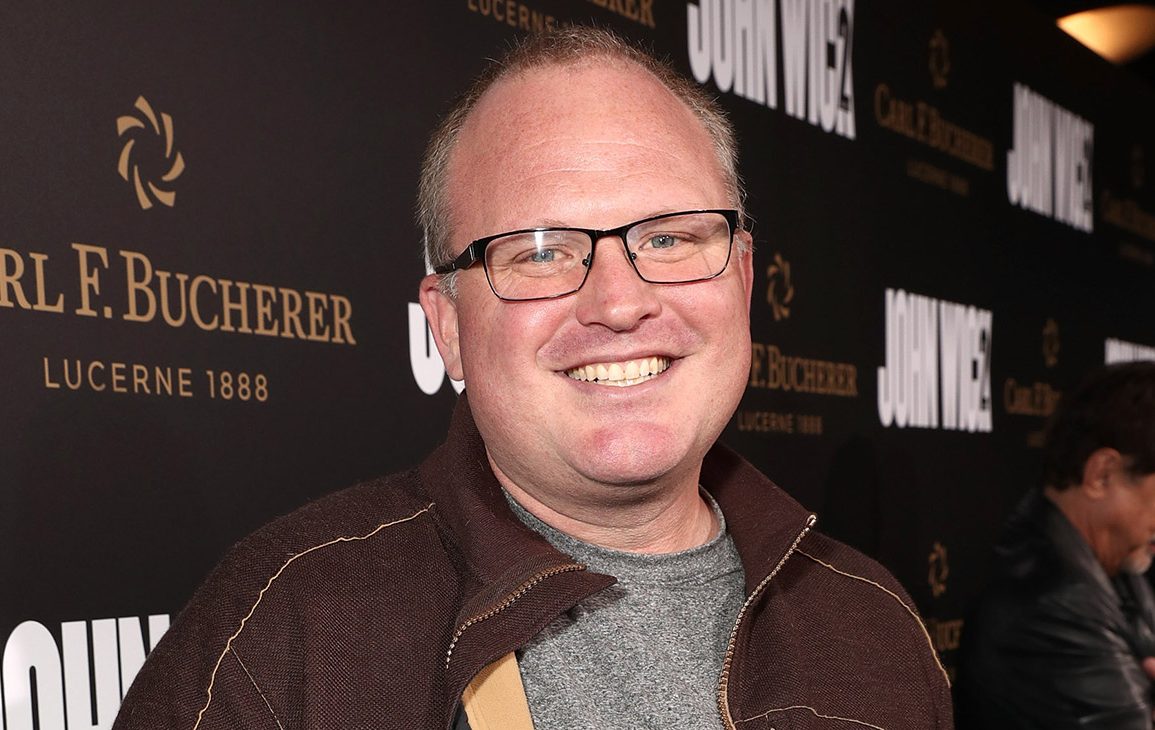 Eoin: You’ve written two movies starring Dolph Lundgren (The Package & One in the Chamber); did you have him in mind when creating the characters?

Derek: For ONE IN THE CHAMBER, I was brought on board to rewrite a script which had both Dolph and Cuba already attached.  As for THE PACKAGE, yeah, he was the go-to actor to play the role of the chief bad guy opposite Austin. Btw, I’ve met a number of iconic figures out here over the past few years, but Dolph… damn, dude.  First of all, unlike most actors, Dolph really is that tall and imposing.  However, he is also a gentle and kind soul who enjoys coupled banter over a one-man soapbox.  Oh, and yeah, the rumors are true:  the dude is intimidatingly bright.

Eoin: Following on from that, when writing a screenplay, do you picture particular actors in the main roles?

Derek: I don’t know.  Sometimes, I suppose.  More often than not, though, I see a number of different actors in the role amidst the various scenes of the story.  For instance as I wrote SCORN (the next spec script to go out), the main character-in my mind- was a revolving door through which any number of actors (both living and dead) fell into the role:  Harrison Ford, Robert De Niro, Jean Reno, George Clooney, Burt Lancaster, Richard Burton, Clint Eastwood, Sidney Poitier, Denzel Washington, and Lee Marvin, to name a few.  They each share moments of brutal solemnity in their work, and I love that.

Eoin: What is your process for writing a screenplay?  Do you write in chronological order or do you create scenes when they pop into your head?

Derek: I drink and I doodle.  I love a sharpened pencil (and yet how rare are those nowadays?) or a chewed-upon pen alongside a dog-eared, college-ruled notebook and a tall glass of gin with ice, seltzer, and lime. The funny thing, though, is that I never look back at what I’ve written within.  Just writing out thoughts on paper kickstarts the storytelling process.  I don’t necessarily enjoy writing pitches, treatments, and outlines.  I’d much rather just leap into the screenplay itself. And yeah, I do write in chronological order.  Every now and then, I’ll leap forward a couple of scenes to write a heading and a brief description of what comes next, though, because sometimes I tend to forget where I’m heading. I have a dozen or more screenplays which I’ve hit page 40 only to stop and file ’em away because I’m either lost, confused, or -which is often the case- bored with the damn story.

Eoin: As a writer, are you able to advise on the film set about how you want a scene to look or is it left to the director?

Derek: No.  Well, in my mind, at least, that is.  The way I figure it, my screenplay is akin to an architectural design wherein the finished product reflects the vision of the director, the voice of the writer, and the mind-grinding work of the cast and crew.  Hell, the finished production of any film is nothing short of a small miracle in and of itself. As for visiting the set, I’ve really no interest.  It’s a different world, and one I respect greatly, but come the end of the day, I’m best sitting alone before a computer with two dogs snoring on the bed behind me.

Eoin: Would you be interested in directing in the future?

Derek: No.  I’ve really no interest.  At all, in fact. And there is also that fear of being the writer who directs a bomb and then can’t exactly go back to being a writer.  I won’t name names, but we’ve all heard the stories.  With writing, I found something I love, and -as it finally begins paying the bills- I’m gonna’ stick with it.

Eoin: What is your favourite film genre and is there a specific film that inspired you to get into writing?

Derek: I’m an unabashed lover of “genre” films:  action, suspense, horror, and the like.  I want escapism. Strangely enough, I’m somewhat of a pacifist (no one can really wear that moniker in full) but when I watch a movie, I want well-choreographed chaos.  I mean, did you see The Raid?!?!?  I can’t remember the last time I saw a movie in the theater -with subtitles, at that- where -at about a half-dozen times- people leaned forward in their seats with a collective -and goose bump inducing- OOOOOOOOOOOOH!  I LOVE THAT!  I mean, I hold a great deal of respect for those entrenched in the world of all things Oscar, but give me a movie with a scene that begins with “I told you I’d find you” and I’m your biggest fan.

Derek: As for the movie that inspired me, that one’s a bit tough.  I grew up watching all of the black-and-white classics along with those from the silent era (Harold Lloyd and Buster Keaton are gods among men).  I gravitated towards American noir from the fifties and sixties.  THE THIRD MAN is still one of my favorite movies.  However, and my apologies if this answer sounds cliché, when I saw DIE HARD on bootleg beta tape back in the day, I knew I wanted to tell stories in some fashion.  When I saw T2, I was stunned.  I sat in my seat -stunned- as the theater first emptied and then refilled only to watch it again.   I have a special place in my heart for MILLER’S CROSSING because it intimidates the hell out of me.  Y’know, to sum up, though, I grew up reading… quite voraciously which -sadly- I don’t do all that much anymore.  We’d hit up the garage sales for all of the old pulp novels.  Alistair MacLean was my favorite.  I owe a lot to him.

Eoin: Do you ever act out scenes in your screenplays with family/friends?

Derek: Ha.  No.  Now, I know that someday I’ll probably have to sit in a room during a read through and-dude- I shudder at the thought. It’s not that I’m ashamed or embarrassed by what I write it’s just that I’m all too familiar with it.  In fact, it’s a toss-up as to if I’ll even watch any of the films I write.  I write, I deliver, and I move on. Here’s to those who produce it and those who watch it; may they both be pleased.  Me, I’ll be writing the next one.

I do have one important person in my life who serves as the final eyes on a screenplay before I send it off to the managers (Josh Adler and Mike Goldberg at NWE) and agent (Charlie Ferraro and Max Michael at UTA): Sonja Kolstad, my wife, whom I lovingly – and quite respectfully, I assure you – refer to as “The Script Bitch”.  She reads more than anyone I know and is a stickler for grammar, continuity, and cohesion…. and she can be a brutal, brutal critic, and yet, is right far more often than she is wrong. Word of note, though, one of the more disheartening things to hear is her laughing from the other room while reading my script, knowing full well the scene being read wasn’t intended to be funny.  Sigh.  As they-whoever they may be- say; the work ain’t in the writing, but in the rewriting…

Eoin: Can you tell us about what you’re working on next?

Derek: I recently sold ACOLYTE to VOLTAGE PICTURES (the extremely talented crew behind HURT LOCKER and KILLER JOE). And-as I mentioned- I just finished up SCORN which is a lean and mean tale of revenge similar in tone to Taken, Leon the Professional, and Man on Fire.  It’s out to UTA for final review and release.

Eoin: Thanks for taking the time to chat and all the very best with your writing career.