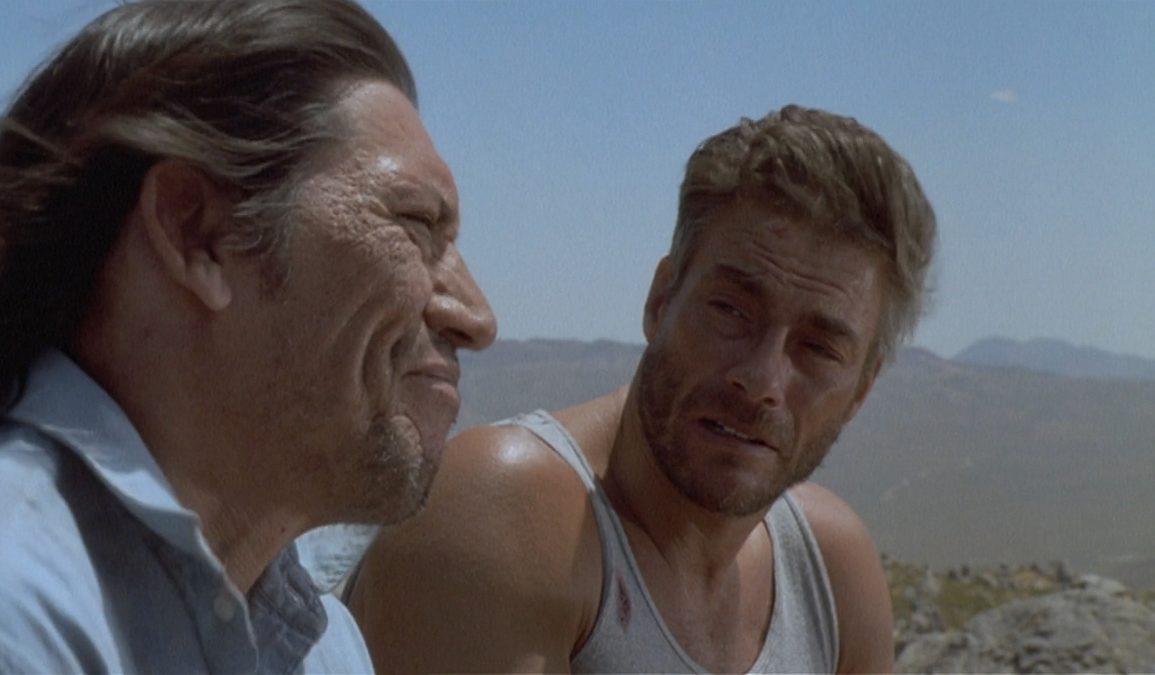 Desert Heat (or Inferno as it’s known on the CD Cover) may not be classic JCVD however, the best thing about the movie is the amazing electric guitar flavoured score from composer Bill Conti. It has only ever been available as a rather crap bootleg version but now it has finally received an official release courtesy of Dragon’s Domain Records/BuySoundtrax.com.

Check out details for it below:

Conti scored fourteen films for director John G. Avildsen), beginning with ROCKY, a low-budget boxing film that smashed box office records, opened hearts, won awards, and started careers, including those of Avildsen and Conti. The composer scored fourteen films for Avildsen, their collaboration including such memorable pictures as THE KARATE KID series, SLOW DANCING IN THE BIG CITY, THE FORMULA, and NEIGHBORS. ROCKY had been their first, and INFERNO was their last.

That film began under the title of COYOTE MOON and was intended to be a remake of Akira Kurosawa’s 1961 Samurai classic, YOJIMBO (the same source as Sergio Leone’s 1964 A FISTFUL OF DOLLARS and Walter Hill’s 1996 Prohibition-era gangster film LAST MAN STANDING). INFERNO’s plot involved ex-Army vet Eddie Lomax (Jean-Claude Van Damme) who rides into a lonely, rough-and-tumble desert town on his 1950 Indian “Chief” motorcycle and quickly attracts the violent ire of the local toughs. Playing one gang off the other, Eddie choreographs the destruction of both gangs before motoring off into the sunset with the girl – something Toshiro Mifune, Clint Eastwood, nor Bruce Willis got to do in their iterations of the story!

Avildsen had added an element of Native American mysticism to the story with Danny Trejo’s character, who was supposed to be the ghost of Eddie’s Army buddy Johnny Sixtoes, who counsels and inspires him during his sieges against the gangs. Van Damme, who was also one of the producers, didn’t like that ghost element and had the film recut against Avildsen’s preference, eliminating the character’s being a ghost and largely confusing the plot and the characters’ connection in the process. The film wound up being released direct to video under the title INFERNO, while overseas audiences knew it as DESERT HEAT, but the film by any name was equally despised by critics and audiences alike.

But the element that received much more positive opinions over the years was Bill Conti’s musical score, a hard-hitting mix of country and blues rock and roll, keyboard synthesizers, a delicate love theme for acoustic guitar, and some compelling mystical music associated with what renamed of the Native Indian subplot. These elements come together in a lengthy, climactic showdown of furious intensity and motivic interaction which culminates the film in a wild melee of body slams, bone-crunching kicks, and staccato gunplay.

Dragon’s Domain Records is excited to bring this score to compact disc for the first time. The score has been mastered by James Nelson at Digital Outland with exclusive liner notes by author Randall D. Larson, who examines the score and its various components in detail. INFERNO is released in a limited edition of 500 units. The CDs, to be distributed through buysoundtrax.com, are expected to begin shipping on the first week of December.

The first 50 copies will be autographed by composer Bill Conti.

You can order the music score at Buysoundtrax.com 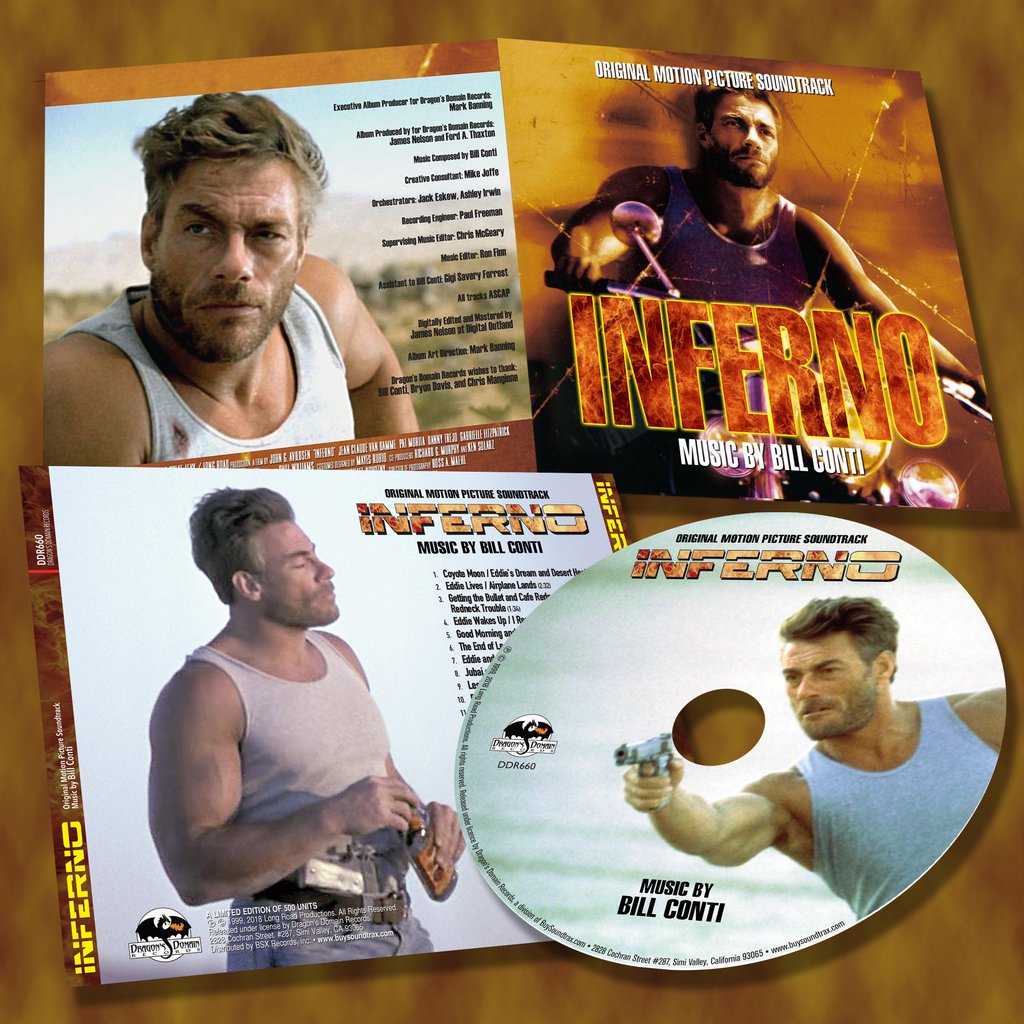