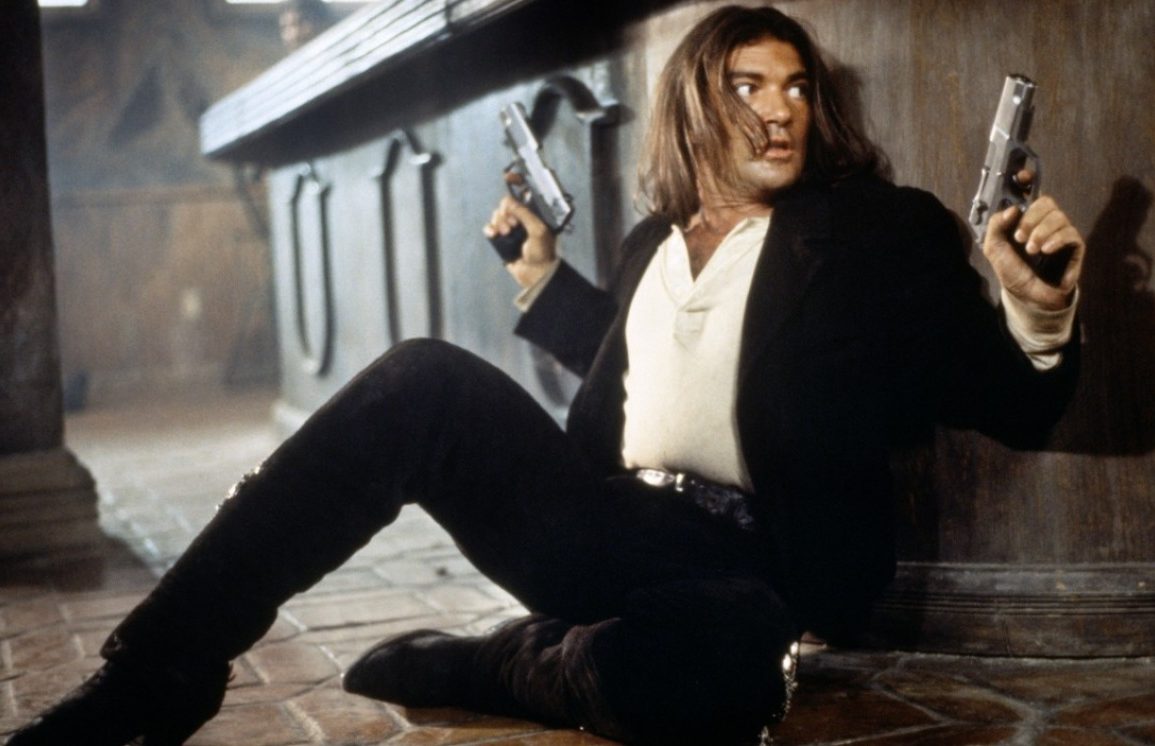 Desperado is the kind of film I can watch over and over again, with the right amount of humour, violence and heart.

Plot: A gunslinger is embroiled in a war with a local drug runner.

Review: Desperado is one of my favourite movies; it was the movie that really introduced me to Robert Rodgriguez and encouraged me to seek out El Mariachi. It has some nice Tarantino-esque dialogue in it and is genuinely hilarious at some points. It doesn’t take itself all that seriously, so the ultra-violence is more funny than disturbing.

And there is plenty of violence, with some fantastic shoot outs and gravity defying stunts. It is a hard R movie with exploding heads galore and more.

The movie is silly and it knows it; I always find myself smiling all the way through it. Steve Buscemi practically steals the movie in the opening scene which immediately sets the tone for the rest of the movie. Antonio Banderas is amazing in arguably his best ever role as “The Mariachi”, a man consumed with revenge.

It is also rather tense in places and the excellent performances really help increase the tension; the script is one of Rodgriguez’s best too.

Despite the film’s humorous tone there is still plenty of heart to it as The Mariachi helps to teach a young boy to learn the guitar and also has the pleasure of falling in love with Salma Hayek. I don’t think I’ve ever seen a more stunning woman than Salma in this movie. She is just jaw dropping in it and I’m glad she’s had a great career since.

Joaquim de Almeida is the villainous Bucho who is scary whenever he’s on screen and yet kinda likable at the same time. You’ve also got the added bonus of Danny Trejo as Navajas, a badass assassin hired to kill The Mariachi.

The story has a few twists and turns, feeling like a modern Spaghetti Western; the music is also fantastic and every song adds to the film’s atmosphere.

Overall, Desperado is the kind of film I can watch over and over again, with the right amount of humour, violence and heart. Did I mention how gorgeous Salma Hayek is in it?