You all may know about this movie already but it has so far gone under my radar so for those who don’t know – R. Ellis Frazier (Dead Drop/Misfire) is set to direct Luke Goss, Louis Mandylor, Elya Baskin in actioner Legacy from writer Robert Orr which is currently in pre-production.

Plot: While on a hunting trip in the isolated wilderness, a father and his adopted teenage son are turned into the prey of unknown assailants. They are unexpectedly joined in their fight for survival by a stranger who reveals the disturbing truth about the son’s biological father, an international crime lord, and why that crime lord has sent trained assassins to kill the teenager.

I think Frazier is one of the best indie directors working today as his movies have a stunning visual style which betrays any budget limitations.

Check out the first teaser poster for Legacy below: 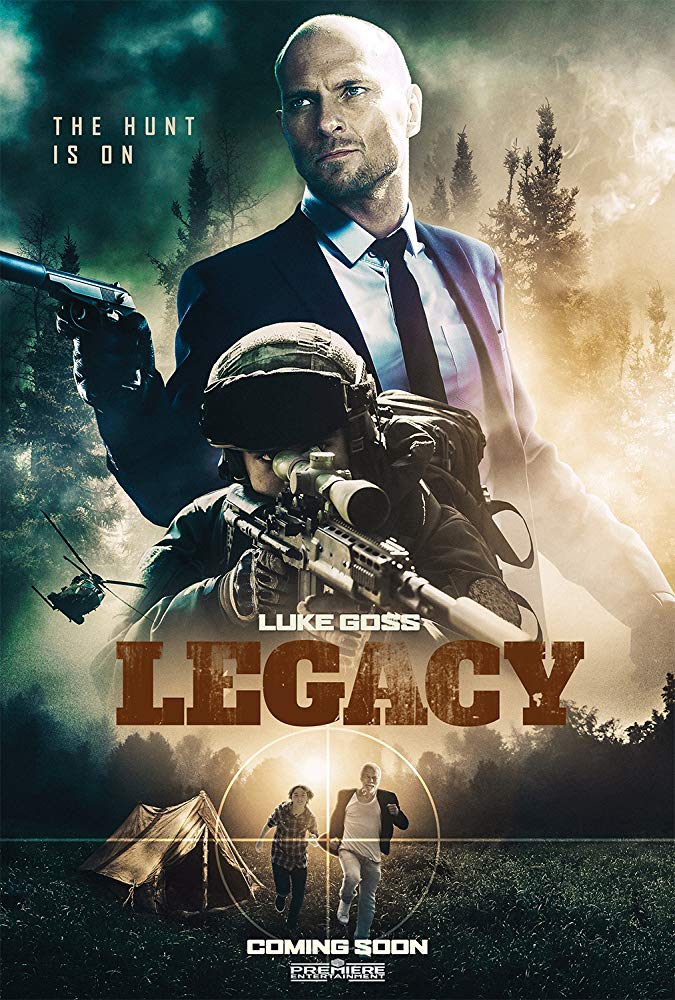