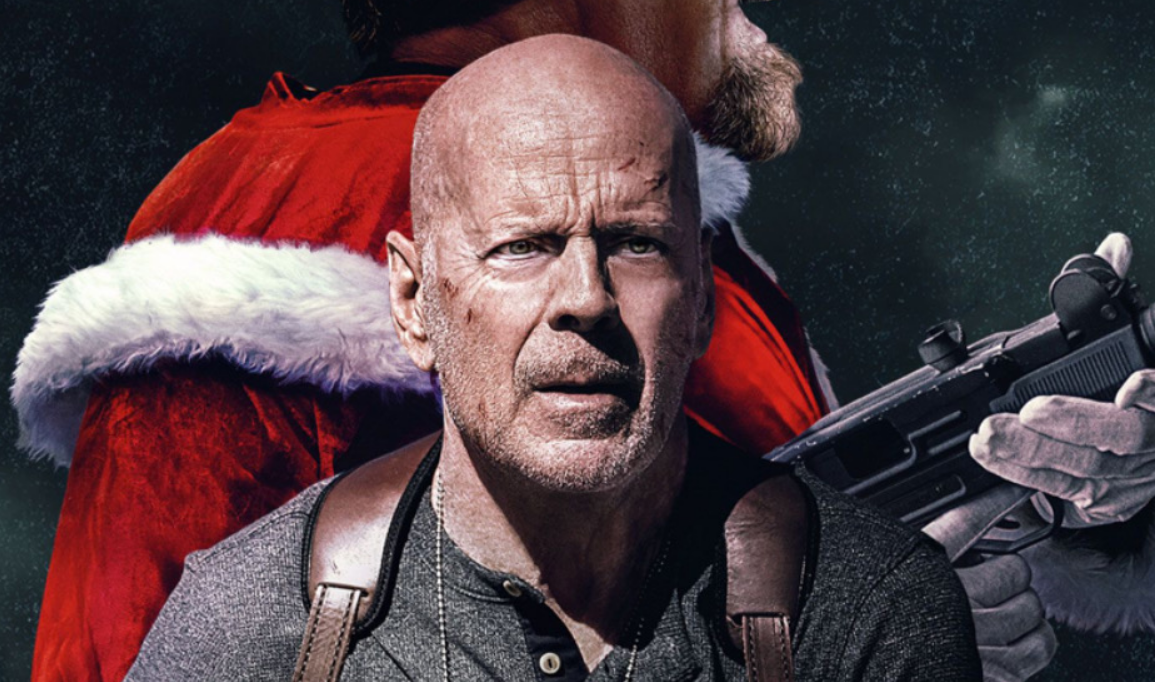 Detective Knight: Redemption is a step up from the first film and it’s really elevated by the villain Conlan played by Paul Johansson who steals the show. Bruce Willis show up sporadically throughout but the supporting cast keep things interesting with better pacing and more action than its predecessor.

Plot: In custody in New York, Detective James Knight finds himself in the middle of a jailbreak led by The Christmas Bomber, a brutal fanatic whose Santa Claus disciples are terrorizing the city.

Review: Bruce Willis returns in the second entry of the Detective Knight franchise entitled Redemption; once again he doesn’t have a huge role and has little in the way of dialogue due to his illness but he is surrounded by a decent supporting cast that help make this film superior to the first one in every way. I go into some spoilers here so you have been warned.

The story continues from the end of Rogue with Knight now in prison alongside Casey Rhodes (Beau Mirchoff) who is serving time for the crimes he committed in the first film. Like Rogue, Redemption opens with a real attention grabber with masked up Santa’s causing chaos in the city while robbing banks and leaving a pile of bodies in their wake. The rest of the film never quite matches that level of intensity but it’s still a fun ride. Anyway, no one seems to know how to stop them so the cops decide it’s time to get Knight out of prison and bring the bad guys to justice.

What elevates this film is Paul Johansson who gives a scene stealing turn as the villain Conlan; he manipulates convicts to follow him as if it’s some righteous cause but he is just a psychopath out for money.

Not only is this a tale of redemption for Knight but also Casey who wants to be with his wife and daughter again but he somehow ends up escaping prison with Conlan who wants Casey to join his crew.

Redemption is far better paced than Rogue with more action and interesting characters; we get some fights and shoot-outs at the end and the film has an impressive bodycount. Conlan is so unhinged that he is magnetic where you can barely take your eyes off the screen.

I also love that Bruce Willis is starring in a new Christmas set action movie and his final piece dialogue is “Merry Christmas, Motherfucker” which admittedly is my favourite line from the movie. Like the first movie everyone keeps talking up Knight but he just isn’t an interesting character who only shows up every so often. During some of the final shoot-out we can see guns are firing and for some reason there are no sound effects which was a little jarring.

Overall, Detective Knight: Redemption is a superior sequel with better action, a more engaging story and one of the more memorable villains of the year even if Knight himself is still not an especially interesting character. As the first film took place over Halloween, this one takes pace over Christmas so will the final entry be set at Easter?