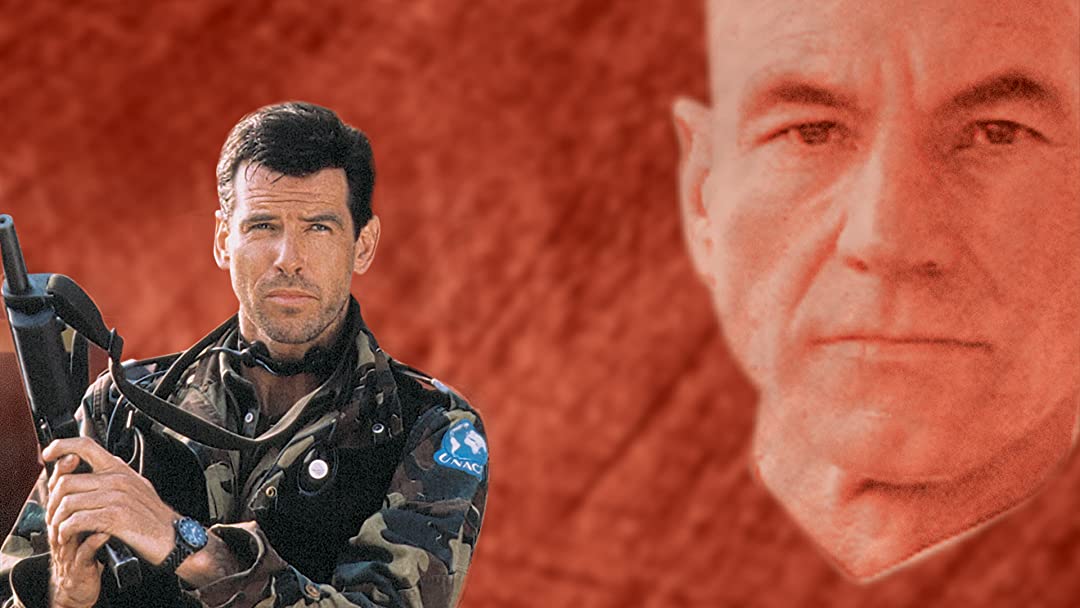 Before he was Bond Pierce Brosnan was no stranger to the action genre having starred in movies like Live Wire, The Fourth Protocol, Taffin and the Detonator movies, to name just a few.

Today I thought I would look back at the two Detonator films as I remember them being solid TV movie fare and I want to see which is the better movie.

Plot: A train with hostages is stolen in Bremen, Germany. It’s heading south through Europe with a nuclear bomb. A UN crime-fighting task force is in charge of stopping it in cooperation with local military and police.

In Death Train (AKA Detonator) Brosnan plays Mike Graham, a rather cocky member of a UN crime fighting task force who has to team up with Sabrina Carver (Alexandra Paul) to stop a train carrying a nuclear bomb.

Ted Levine plays one of the main villains Alex Tierney who is in charge of the train while the real mastermind is General Benin played by Christopher Lee (doing a rather fantastic Russian accent). He has an epic mustache in it too which is a point in its favour… although Pierce’s moustache in the sequel is better.

Levine has played some great villains in his time so Tierney is the kind of role he could do in his sleep but he is still suitably unhinged and never phones it in.

Considering this was a TV movie it had some decent action with shoot-outs and explosions aplenty and an impressive bodycount. There are some impressive stunts too so it’s certainly never dull.

Throughout the entire movie my main thought was Patrick Stewart would have made a great M in a James Bond movie as he and Pierce had good chemistry together.

At 98 minutes long Death Train is relatively well paced and was a good audition for Pierce Brosnan as Bond even if at times his character is kind of a dick towards Sabrina. Both characters would return in Detonator II: Night Watch which you can read about below.

Overall, Death Train AKA Detonator is hardly a classic but considering its essentially a TV movie it’s a lot of fun with plenty of enjoyable action set-pieces even if it isn’t all that memorable. 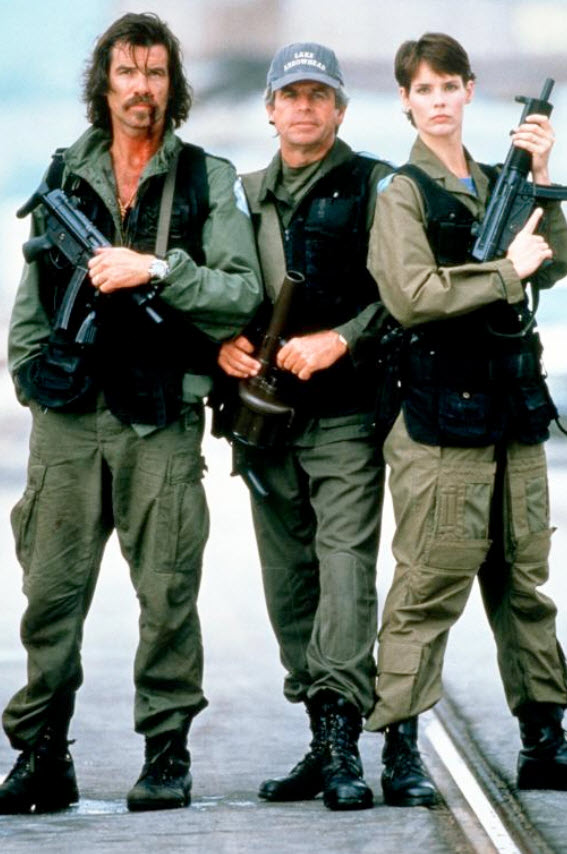 The first Detonator had an impressive cast with the likes of Patrick Stewart, Ted Levine and Christopher Lee but this sequel definitely lacks the same star power and budget. Pierce Brosnan and Alexandra Paul return as agents Mike & Sabrina and this time she is in charge with Mike forced to follow orders and frankly be less of a dick than he was in the first movie.

Taking over from Patrick Stewart is William Devane who I’ve always considered an underappreciated talent; he’s calling the shots and sends Mike and Sabrina off on a mission to find a stolen Rembrandt painting called Night Watch (thus the title).

Everyone involved does the best they can and the story has a few interesting ideas but I found this one more of a slog to get through as it doesn’t have as much action as the first film and also I find Pierce’s moustache distracting for the entire run time.

This came out the same year as Goldeneye so there are a few Bond references including some gadgets, a casino scene and at one-point Pierce orders a Vodka Martini. The DVD packaging also tried to cash in with the tagline “Action and Espionage Share a Common Bond”.  I see what you did you did there!

The music score is also quite awful sounding like a 60s or 70s heist caper and it feels out of place in this movie.

Lim Kay Siu makes for a relatively interesting villain in Mao Yixin who is behind the theft of the painting along with his partner Martin Schraeder (Michael Shannon).

Night Watch doesn’t hold up all that well and it feels like a made for television movie but it has its moments; the opening sequence is intense with Mike losing a fiend called Luke due to some stupid little girl called Maria acting like a coward. I hope you’re happy, Maria. His blood is on your hands. Anyway, there are a few fights and shoot-outs and the finale is quite thrilling.

Overall, Detonator II: Night Watch deserved a spin-off for Pierce Brosnan’s moustache but side from that and a few fun set-pieces it’s a little dull and I found myself scrolling through my phone at various points.

So which is the winner? I’ll go with Death Train AKA The Detonator as it has a better cast, larger budget and more action. Both feel like TV movies but Death Train has superior production values and is the one I watch more often.