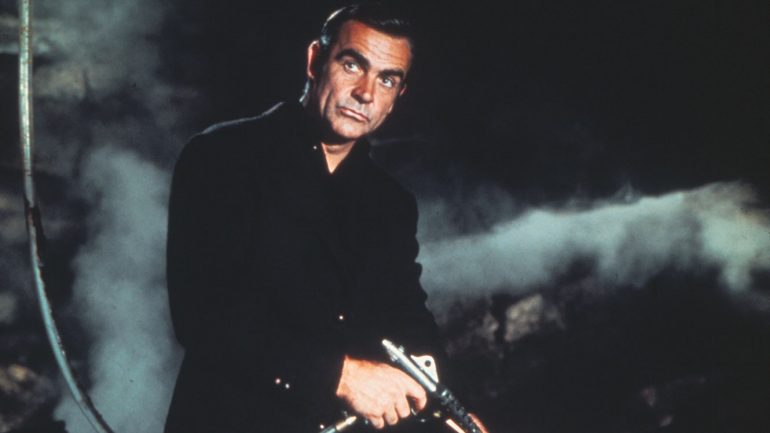 Diamonds Are Forever is definitely not one of the best Bond movies with a pretty weak script and Connery just seeming bored. It does have its moments though and if you’re a Bond fanatic like me then it’s essential.

Review: Diamonds Are Forever is arguably Sean’s weakest Bond film as he just seems bored from beginning to end. There are about 3 decent lines in the film and it lacks the spark of the other classic Connery movies. The story just isn’t all that interesting and I found myself checking emails during it which is never a good sign.

It’s not all bad though, there are a few things to enjoy; the movie is fun and the final set-piece on the oil rig is pretty spectacular. I also really enjoy Charles Gray as Blofeld who has a great voice and fantastic delivery “They’re such nice cheeks!”.

This also has one of my all time favourite Bond one liners/Bond girls: “Hi, I’m Plenty, Plenty O’Toole” “Named after your father perhaps!” No one could deliver that line like Connery, even when he’s phoning in his performance.

I do enjoy Shirley Bassey’s theme song too; it’s very 70s but still kinda slinky and pure Bond. The music is actually really cool in this one; it’s got this kinda creepy flute tune which plays whenever the gay henchmen are on screen. They are the weirdest Bond henchmen of all time and I’m still not entirely sure who they worked for, was it Blofeld?

The opening scene was cool but also had Bond being rather ruthless, going around beating the shit out of people as he hunted for Blofeld.

Just when you think the story is going to be something different, out comes the obligatory satellite/laser thing which brings a smile to my face. Austin Powers really ruined a lot of the older films and I can’t watch them without smiling at certain scenes.

Also why does that guy sound so calm while the rig is blowing up around him? “10 minutes… and counting…”

Overall, Diamonds Are Forever is definitely not one of the best Bond movies with a pretty weak script and Connery just seeming bored. It does have its moments though and if you’re a Bond fanatic like me then it’s essential.