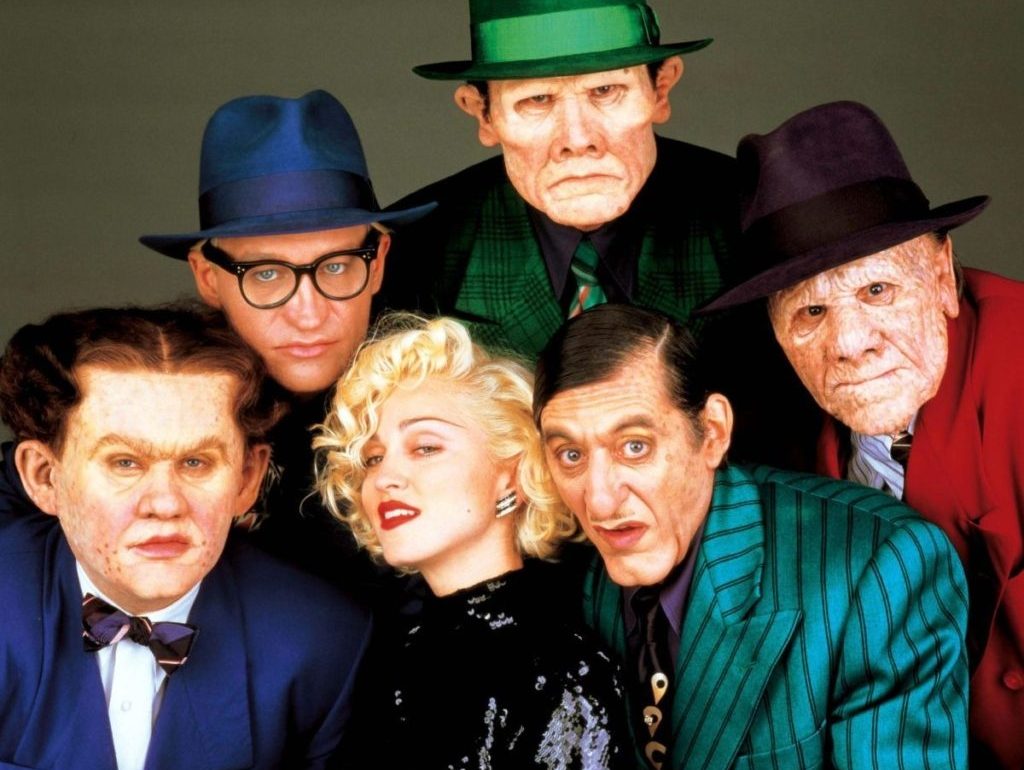 Plot: Hard-boiled detective Dick Tracy (Warren Beatty) is searching for evidence that proves Alphonse “Big Boy” Caprice is the city’s most dangerous crime boss. He may have found the key to unraveling the crimelord’s illegal empire in Breathless Mahoney (Madonna), an enigmatic barroom singer who has witnessed some of Caprice’s crimes firsthand. However, she seems more set on stealing Dick away from his girlfriend, Tess (Glenne Headly), than helping him solve the case of his career.

I have always really enjoyed this film and it was also one of the first ever LP’s I bought as I fell in love with Danny Elfman’s score which to this day remains one of his best. It’s darkly heroic and was around the golden age of Elfman when he did Batman and Edward Scissorhands.

Dick Tracy is basically a comic book brought to life and is one of the most colourful films you’ll ever see with larger than life characters and a scenery chewing turn from Al Pacino who plays the villain Big Boy Caprice. It has an incredible cast including Madonna, Dustin Hoffman, William Forsythe and many, many more. Everyone is in ridiculously coloured outfits and covered in even more ludicrous make-up and it’s just a blast.

I remember critics at the time described Warren Beatty as a little wooden and stilted in the role of Tracy but I always liked him; he is a man who struggles with human emotions with daily interactions with his girl Tess and orphan The Kid proving more troublesome than taking down a crime lord like Caprice. Tracy has always been married to the job and he is born to be a cop. His life gets complicated real fast when he meets Breathless Mahoney (Madonna) who has the hots for him and he isn’t unattracted to her either making for an even more awkward relationship with Tess.

Even Madonna’s songs are great and I am not normally a fan of her stuff but it works perfectly for this crazy tale. I could probably watch this movie on repeat as it’s such feelgood fare but it’s not without its darker moments as it is still a gangster movie so maybe the young kiddies might find it upsetting… although to be honest they’d probably love every second.

The shot-out at the end on the street is awesome and the action highlight of the entire movie but there is no shortage of action.

After 30 years Dick Tracy is still a lot of fun; it’s got an amazing cast, lots of humour and one of the best music scores to date from Danny Elfman. Wait a minute! Wait. Wait. I’m having a thought. Oh yes. Oh yes. I’m going to have a thought. It’s coming. It’s coming. …It’s gone.