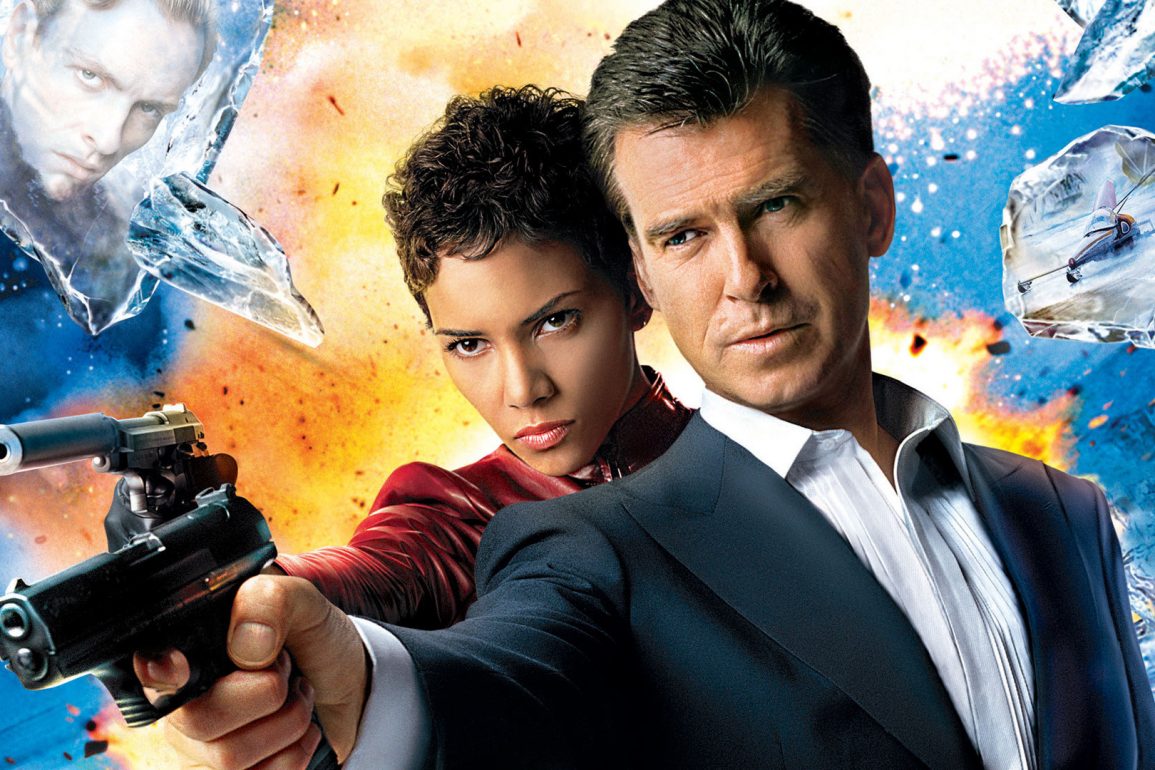 Die Another Day has a few things going for it in the first half and the music is great, but it’s just so dumb with irredeemable special effects that it’s hard to recommend.

Plot: James Bond is sent to investigate the connection between a North Korean terrorist and a diamond mogul who is funding the development of an international space weapon.

Review: Widely regarded as one of the worst Bond films, it’s easy to understand why; Die Another Day has many flaws but it’s not without entertainment value. I think the first 30 minutes are classic Bond and the opening action scene with the hovercraft is imaginative and nicely executed. I like all the stuff in Cuba and hell, even the Ice Palace doesn’t bother me that much; it IS Bond after all and that’s what it’s all about.

David Arnold’s score has the Bond theme in it on several occasions and his action cues remain some of the best in the business. It has the great brass section necessary for any decent Bond score and it works well for the film.

Pierce Brosnan was a great Bond, where he could be charming, funny and still ruthless at the same time. Rick Yune as Zao was a really cool villain and is always worth watching.

So I’ve managed to find a few positives… now on to the bad.

The CGI, dear God the CGI is arguably the worst of all time especially in the para-surfing scene; I remember in the cinema I actually felt myself going red at how bad it was. How could anyone create that and think “yeah, that looks good!”?!??! There are several bad pieces of CGI throughout the movie, but there’s just an overload in the second half.

It’s not just the effects though; this movie is dumb, even considering it’s a Bond movie it’s dumb. There’s an invisible car, Halle Berry looks great but her character is crap and has terrible lines like “your mama”.

The villain Gustav Graves is more annoying than threatening and just comes across as a smug git. The fact that he is actually the Korean General from the opening scene is beyond silly. You can stretch suspension of disbelief up to a point but this really pushes it.

What’s so annoying about the film is the fact that it could have been great; the opening credits with Bond being tortured was amazing looking but only let down by Madonna’s awful song.

The story itself had the potential to be interesting but after the first 30 minutes it’s totally pissed away by awful CGI and just utter stupidity.

Overall, Die Another Day has a few things going for it in the first half and the music is great, but it’s just so dumb with irredeemable special effects that it’s hard to recommend.