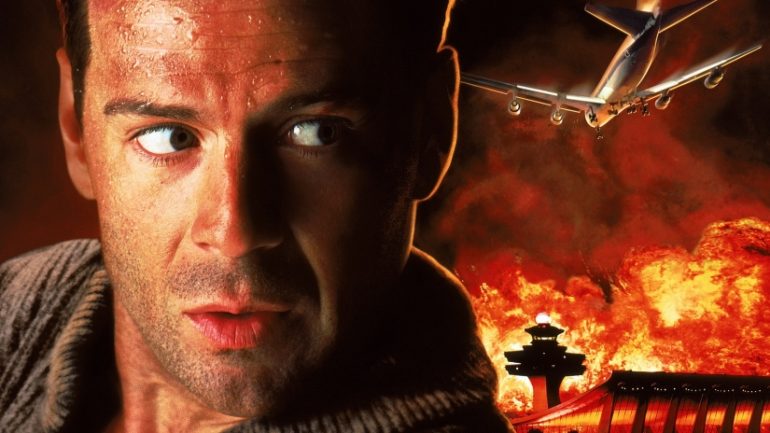 Although it’s not quite up there with the first movie, Die Hard 2 is still a lot of fun with plenty of McClane moments to enjoy.

Review: And so we move on to Die Hard 2: Die Harder which isn’t as good as the first movie but it is still hugely entertaining. It’s funny how people don’t like part 4 because the action is “ridiculous”… hmm pretty sure the ejector seat scene, etc in this entry is pretty damn ridiculous but that’s all part of the fun.

The action is insane but the main flaw with Die Hard 2 is the weak script. Yes, McClane is still cool and filled with one-liners but this time some of them just don’t click. I also find Carmine the most annoying character in the series who just prides himself on being as unhelpful as possible.

William Sadler is great as the villainous Colonel Stuart and the scene where he crashes a plane on purpose remains the most shocking moment of the franchise. I have my heart in my mouth every time, always wanting it not to happen.

Stuart isn’t quite as interesting as Hans Gruber but Sadler makes him a completely evil bastard and his final battle with McClane on the wing of a plane is really tense.

All of the action scenes are nicely done and McClane is still as ruthless as ever; the death by icicle scene is rather special I must say.

Michael Kamen returns to provide the score and is equally as good as the first movie, incorporating all the original themes.

The Die Hard movies are really at their best whenever Holly is involved; there is great chemistry between her and John and it makes it more believable. Not including her in the later movies has proven to be a big mistake because she is essentially McClane’s reason for living, without her in peril the stakes aren’t quite as high.

Overall, although it’s not quite up there with the first movie, Die Hard 2 is still a lot of fun with plenty of McClane moments to enjoy.