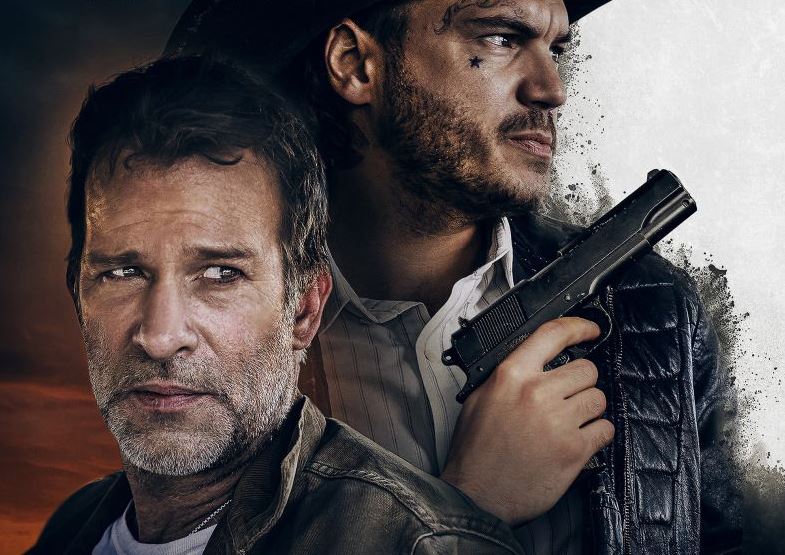 Dig is tense little action thriller and it’s nice to see Thomas Jane back in a lead role after several supporting ones. Emile Hirsch and Liberato are wonderfully crazed here chewing the scenery and making sure you never want to turn away. There aren’t any massive set-pieces but it’s still an entertaining indie action thriller

Plot: Steve Brennan (Thomas Jane) is trying to piece together a life shattered by a road rage incident that killed his wife and left his teen daughter Jane (Harlow Jane) deaf and resentful of him. Still hoping to mend things with Jane a year later, Brennan accepts a contract for a high-paying demolition job in the desolate New Mexico sprawl outside Las Cruces. When he and Jane arrive at the site, they are suddenly taken hostage by a dangerous couple, who will stop at nothing to retrieve what lies beneath the property. Now father and daughter must work together to outsmart their captors and survive the grueling night.

Review: Thomas Jane has been playing a lot of supporting roles recently so it’s nice to see him as the lead once again in a taut and intense action thriller like Dig. I found his character Steve Brennan relatable especially in the opening 10 minutes which are incredibly intense. He’s a man driven by his anger and after “rescuing” his daughter from a bar he quickly gets into a road rage incident that spirals out of control. This is something that we can all relate to which is why Dig immediately engaged me. There aren’t any big set-pieces as it’s a small film where the characters are what matters but it’s still packed with enough tension that you’ll rarely want to look away from the screen.

After the incident we go a year into the future with Brennan and his daughter Jane who is now deaf and refuses to speak to him anymore. You can understand her resentment as what he did was impulsive but I think we’ve all had moments like these in our lives and it’s important to not give into anger as we all know it’s the path to the Dark Side.

Admittedly it never quite lives up to the opening sequence in terms of intensity but our two antagonists played by Emile Hirsch and Liana Liberato are truly monstrous with Liberato nearly stealing the show; she is truly unhinged and they almost feel like what Joker & Harley Quinn would be like if they were in the real world.

Like I said it isn’t exactly filled with wall to wall action but we do get plenty of shocking moments of violence and the film climaxes in a suitably brutal and satisfying fashion.

Overall, Dig isn’t packed with huge action set-pieces but it’s still an intense ride with Thomas Jane back on leading man form and two unhinged performances from Emile Hirsch and Liana Liberato making it worth checking out.