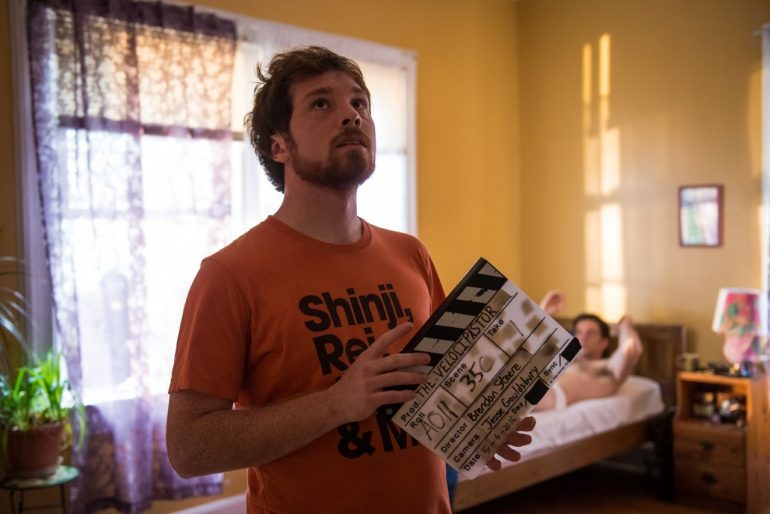 Brendan Steere directed classic-in-the-making The Velocipastor will premiere on DVD and Digital August 13 on such platforms as iTunes, Comcast, Spectrum, Dish, Vudu, Amazon, Fandango and Sling. A Blu-ray release will follow September 17. Steere fills us in on what to expect.

How did you end up with a ‘director’ plaque on your office door, sir?

I just wanted it really badly. Haha! I knew from middle school that I wanted to be a film director, so I just laser focused on it and told myself early on that there was no backup plan: it was this or die. So far it’s worked out okay.

Any films or filmmakers spur that decision?

Oh, tons. Reservoir Dogs by Tarantino was the film that made me want to become a director. I had already had the desire, but that was the film that gave me the vocabulary I needed. Robert Rodriguez with Sin City and El Mariachi were also huge early influences. Edgar Wright remains to this day one of my favorite directors – I think he can seriously do no wrong. I also (probably bafflingly) love a lot of foreign art film directors, like Teshigahara, Tarkovsky, Kurosawa, and Kiarostami. I don’t really make a distinction between the ‘high art’ and ‘low art’ films in my mind – both are just a creative person showing you their worldview for a few hours.

Did you have to work ‘other jobs’ until The Velocipastor hit? Heck, do you still juggle another gig while moonlighting as a filmmaker?

Of course and yes! I actually worked as an editor on this short-lived and absolutely atrocious reality TV show made for web called “Ana Cheri’s Booty Boot Camp”. It was some hot fuckin’ garbage to be honest, and has mercifully been lost to time, because their streaming platform closed, but that paid for all of VelociPastor’s post-production, and for that I will be forever grateful.

The film screened at Comic-Con. How was that experience!?

Absolutely insane. I’d never been to SDCC, and the magnitude of it didn’t really hit me until I was there in the con halls. I have a distinct and glowing bit of pride that the first time I attended Comic-Con, it was because my film was showing there.

With the popularity of the film, do you hope to move into filmmaking full time?

Of every moment in the film, do you have a favourite?

There are several. I think if I had to pick a favorite sequence, it’s the Vietnam flashback. It’s just such a funny plot cul-de-sac, and I think that it beautifully fulfills the promise I made to myself while writing, which was akin to “I want the audience to feel like this film can go anywhere at any time just because it feels like it.” It also features my mother stepping on a landmine, so I mean come on. 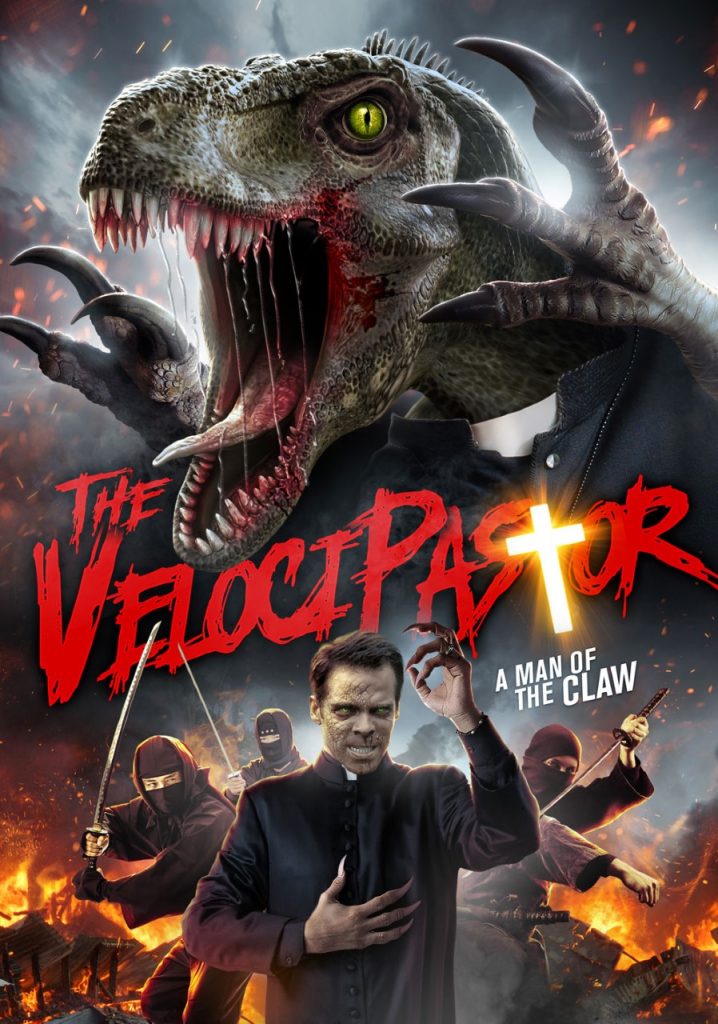 What are the chances of a sequel? And do you have a title in mind yet?

I would say the chances are high. Remember that we shot VP back in 2016, so I’ve had three-ish years to stockpile ideas for a sequel. I know I want it to take place at least partially in East Germany (in the 1980s), so the working title is “Die VelociPastor”, which is some kind of 8-layer pun that I’m still rolling over in my head. That might change though – my only guiding light with the first film was to ‘chase the fun’, so if Die VelociPastor stops being fun to me, I’ll change it. That’s the best thing about the writing process: you can just throw out things that you don’t think are working anymore. It’s your time to experiment and stretch and just kind of play around. I started the script to the original film no less than six times, each time getting like ten to twenty pages in before deciding it was the wrong approach and just throwing all the work out. I trusted that the best stuff would get to the next draft by osmosis and memory, and I was right. I’ve already done that process once with the sequel, so hopefully it won’t be five more times before I find an approach I’m happy with. Haha!