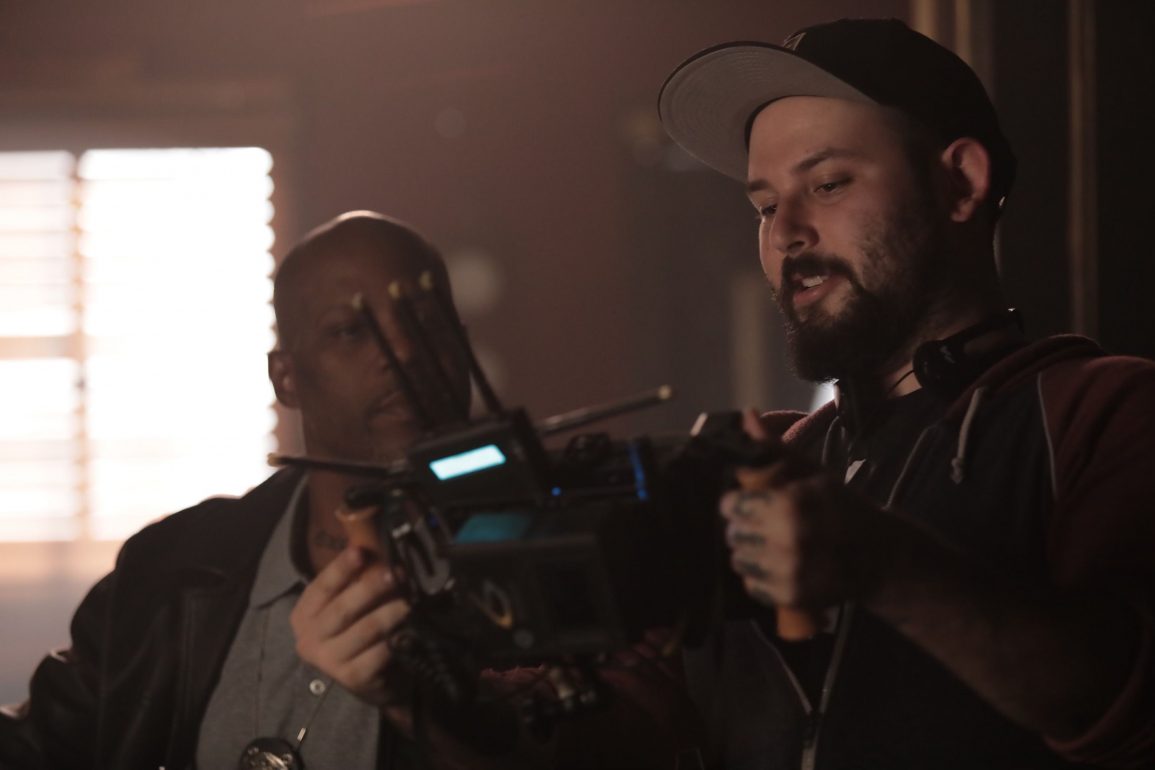 James Cullen Bressack is the director of the 2019 Steven Seagal picture Above the Law and his latest feature Survive the Game stars Bruce Willis and Chad Michael Murray.

About Survive the Game: When David, a cop, gets injured during a drug bust gone wrong, his partner, Cal, pursues the two culprits to a remote farm owned by Eric, a troubled veteran. As Cal and Eric plan their defense, more of the gang arrives — along with a wounded David. Outnumbered, the three men must now use stealth, smarts and marksmanship to take down the drug-dealing mob.

James stopped by to talk about the movie with us.

Today we’re going to be talking about your new film Survive the Game, which is out in the US October 8th. What appealed about it and what made you want to direct?

I just loved the idea of making a throwback 90s action movie that’s pure fun. It’s got characters talking like they’re from an Elmore Leonard novel and it has this feeling of the movies of the 80s/90s. You’ve got that Demolition Man or Cobra feel and a little of the Lethal Weapon movies. I liked how the script didn’t take itself too seriously, but it still had non-stop action. That really attracted me because we’ve got explosions, car chases, people jumping off buildings, shoot-outs, fight scenes and a lot of jokes. I thought that was just fun to be able to make something that was like that. 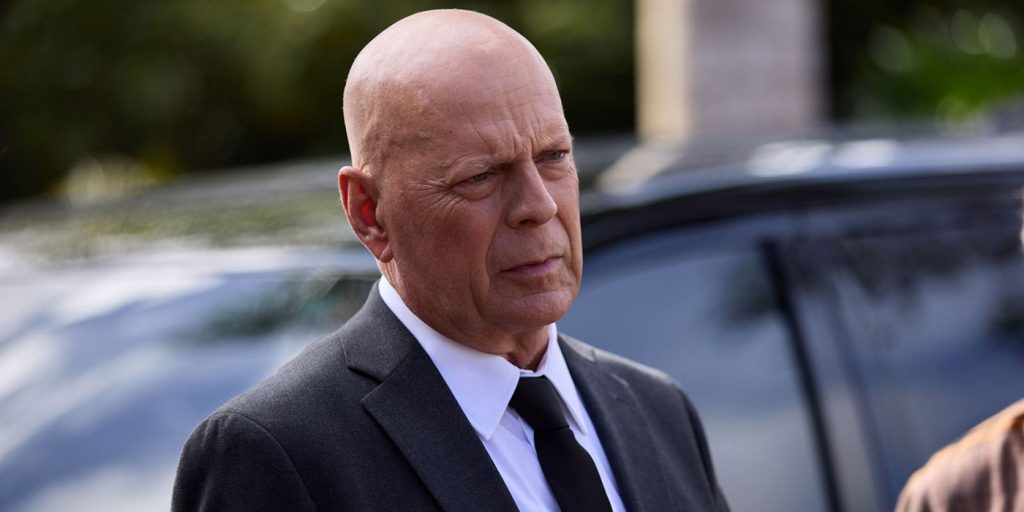 You really do have a fantastic cast as well. Can you talk about getting all of them together?

Yeah! Obviously, we got Bruce Willis. Bruce was amazing to work with and is a total legend. Chad Michael Murray is one of the nicest people. He was so amazing to work with. Swen Temmel is fantastic and Kristos Andrews is great. He was awesome to collaborate with and he brought some extra flavour to that role of Michael. Speaking of Michael, Michael Sirow was great as Frank and it was great to have Zack Ward who I’ve worked with many times on it. Yulia Klass I’ve worked with a few times and she was awesome. Donna D’Errico was a lot of fun to work with and actually, believe it or not Donna, in that fight scene in the barn, she did all her own stunts. She was able to do that whole fight scene; it was wild and she was a badass. 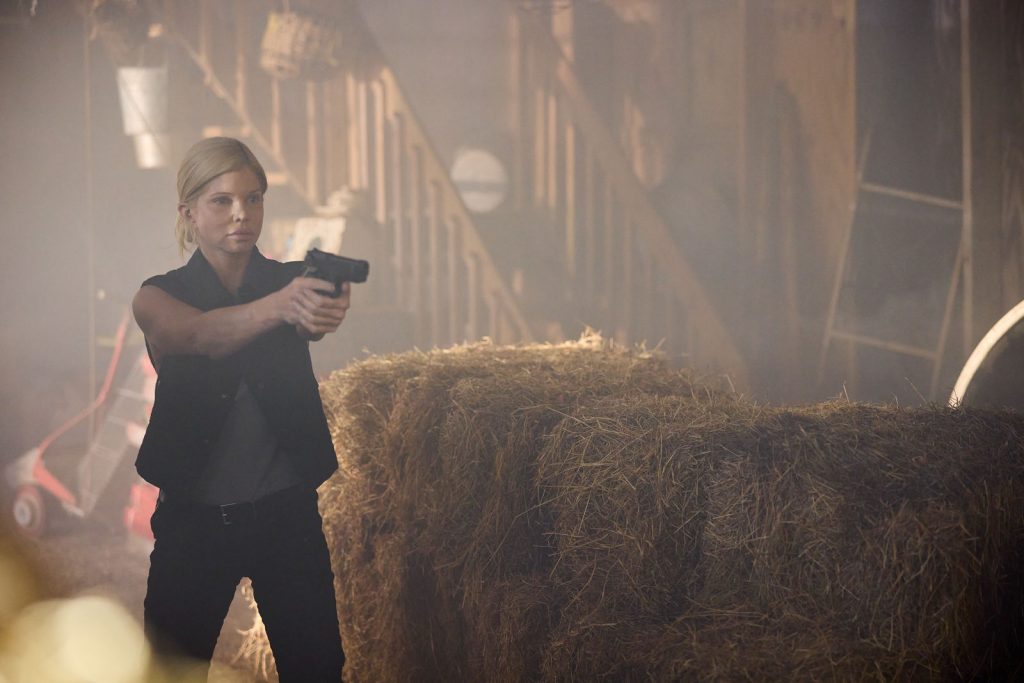 Yeah. She’s a badass. It was a really fun experience. I think people are going to be surprised at how much fun the cast had. There are a lot of jokes and I think everybody does a great job. The fight scenes in the movie are pretty insane. I’m really excited for people to see it.

I think the movie benefits from being watched a couple of times because there is some rapid-fire dialogue which you could maybe miss the first time.

Yeah. I think if people realise that we didn’t take it too seriously and you’re supposed to be laughing at the jokes and they’re in there for a reason, I think people will have a lot of fun. We’re trying to make something that’s got that fun Robert Rodriguez type vibe. We try to really make it feel like that with this movie. I think we have some great jokes, like one of my favourite jokes is when the guy doesn’t have his gun (laughs) and there is plenty of witty banter too so I’m very excited for people to see it. I keep saying fun, but I think it’s a lot of fun. 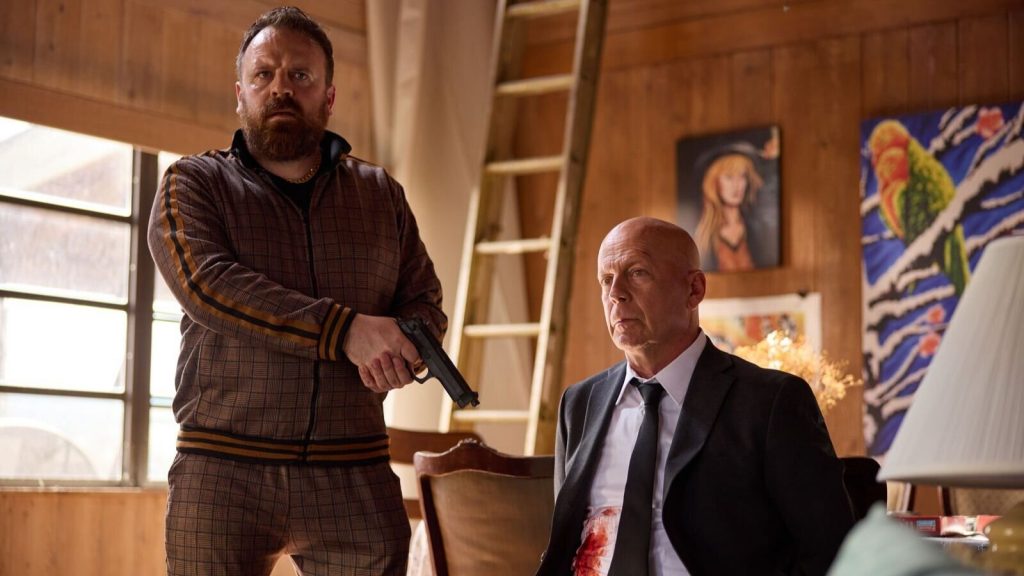 Did you encourage improvisation, or did everybody just stick to the script?

Yeah. I encourage some improv. We have a script, but we build upon it. Sean Kanan improv’d a lot and actually believe or not, Bruce Willis does a lot of improv. Bruce came up with a good amount of his lines like him in the chair where he’s like, “I got shot today and I’m tied up” which was all improv. When he keeps looking at English saying, “you know I’m going to kill you, right?” that’s all improv. He came up with that and I thought that was really funny. Bruce had a lot of fun with it and he was great to work with.

Yeah. There are some classic Bruce Willis moments in it.

He was a proper character rather than a glorified cameo…

Yeah. He’s a proper character in the movie.

I feel like I ask everybody I’m interviewing recently, but it is kind of an important thing to ask but had you finished filming before covid?

No, we shot during covid and that was one of the struggles of making the movie, but luckily we had an amazing cast and crew that were up to the challenge. I’m so grateful for the crew in Puerto Rico as well as the wonderful cast that I was able to work with them.

I liked that car chase towards the end; what was that like to put together?

Always a lot of fun filming in Puerto Rico. The car chase I had a blast filming so shout out to Raul and the stunt team. They really worked hard on that. We storyboarded that and I thought it was super cool. DMX was a friend of mine; we worked together on Beyond the Law as well as Fast Vengeance. It was really awesome to have the car chase be to DMX’s songs. So I thought that was an honour; I was really blessed that Cleopatra Records gifted me those songs for the movie.

I was actually going to ask you about that. Do you choose the songs specifically?

Yes, I picked the entire soundtrack for the movie. All of the songs that are in there is stuff that I picked. We’ve got some Junior Wells in there, we’ve got a lot of really cool stuff; the soundtrack in and of itself kind of shows the manic nature and silliness and fun of this movie. 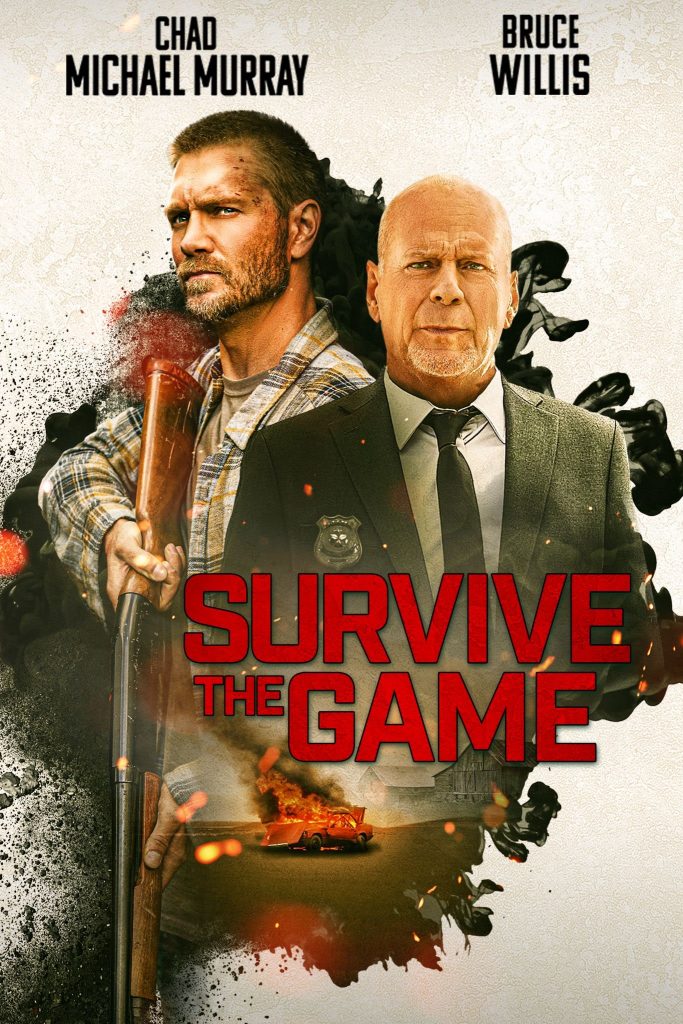 You’ve got a great score by Timothy Stuart Jones as well.

Yeah, Tim is fantastic. He’s an amazing composer and I’ve had an amazing time collaborating with him on both Survive the Game as well as on The Fortress. He did the music for The Fortress as well.

What kind of instructions do you give your composer?

I really wanted the film to feel musically very similar the flavour of a Robert Rodriguez film meets Smokin’ Aces so I wanted to bring that attitude to the music. Tim and I really talked about that and then I got this idea that we should also throw in a little electronic stuff in there, just kind of have that feeling of that movie Good Time. I tried to kind of mix that in. Me and Tim went back and forth, and he would kick cues back and forth to me. We really found the tone of the movie when we started to do that, like the whole blues guitar thing which I thought was great. That’s when I decided I really wanted to get that Junior Wells track for the movie. I think it really added a voice and flavour to the film.

What do you look for in a project to grab your attention?

I love making movies that are not only interesting and intriguing to me, but what really catches me is I like to watch the stuff that I grew up watching and stuff that I feel I could bring that kind of flavour and connect to in that way just really attracts me. So this movie just reminded me so much of the stuff that I grew up enjoying and because of that, I really connect with it. I thought it was a lot of fun and I thought I could bring something to it that was very different than the typical action movie that I think a lot of people are used to seeing in this style. I kind of tried to do something very unique with it that was a throwback to a lot of the movies that I grew up on.

The same with me, the kind of movies I grew up with and why I run my website.

I made this movie for action fans and for people that grew up watching the Joel Silver movies and the stuff I grew up watching and enjoying. It’s non-stop action. Things are happening at all times. Not only that, what really resonated with me with the movie is that I tried to make every character kind of be slightly reminiscent of a character that is from another movie. If you notice all of the characters are wearing outfits that kind of remind you of something from some other action movie that you grew up watching. I really love that I was able to do that. Then the other thing that I really love that I was able to do as well was I tried to really make it feel almost as if Chad Michael Murray’s character fell asleep and then when he woke up, he was almost like the Last Action Hero. He woke up in an actual action movie, like a real action movie that wound up on his front lawn.

I think I’d love to take away that this movie is not supposed to be taken seriously. Grab some popcorn, have fun. Take a trip back to the 90s with me and enjoy the ride!

Well, Damon let you know, but he and I are supposed to do a movie in Malta later this year and it’s going to be a spy thriller. Still under wraps so I can’t announce anything else but I think it’s going to be fun. I think people will enjoy it and I’m trying to bring a different vibe to that one, to be something a little more stylized. So I’m hoping people enjoy it as well.