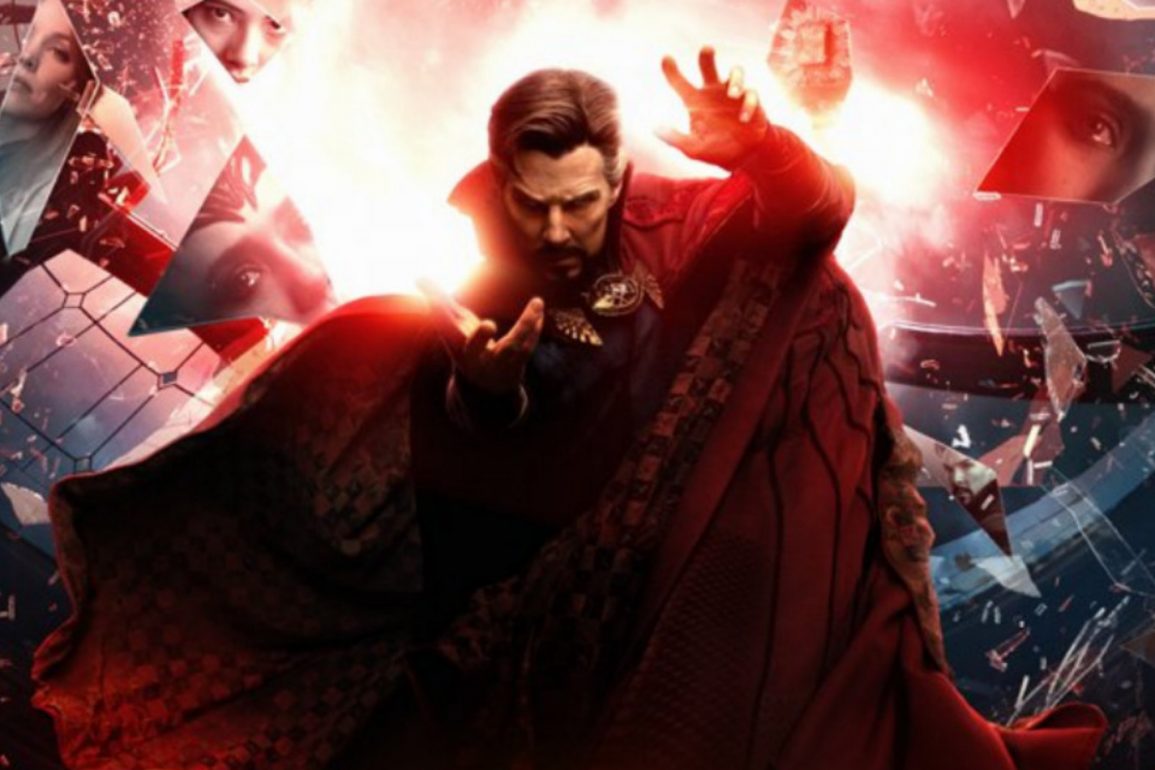 Doctor Strange in the Multiverse of Madness (2022) Review

Doctor Strange in the Multiverse of Madness is a welcome return to form for the MCU and it’s all thanks to director Sam Raimi providing his signature brand of weirdness, horror and humour as well as some imaginative set-pieces making this well worth seeing on the big screen.

Plot: To restore a world where everything is changing, Strange seeks help from his ally Wong, the Sorcerer Supreme, and the Avengers’ most powerful Scarlet Witch, Wanda. But a terrible threat looms over humanity and the entire universe that no longer can be done by their power alone. Even more surprising, the greatest threat in the universe looks exactly like Doctor Strange.

Review: Phase IV of the MCU has been rather hit and miss thus far however, if there was a director perfect to breathe new life into it it’s Sam Raimi. I can’t think of anyone better to direct a Doctor Strange movie (aside from maybe David Cronenberg) than Raimi as his signature brand of rapid-fire weirdness is ideal in creating the wildest Marvel film to date.

The title alone, Doctor Strange in the Multiverse of Madness tells us this is going to be something different and early reports that this was going to be more of a horror movie were not exaggerated with some surprisingly gory kills and jump scares. We also get some hand-to-hand combat and some truly imaginative, visually stunning set-pieces that boggle the mind.

Of course, it’s not without a sense of humour as Raimi was always a master at mixing horror and comedy together with ease which just makes it all feel even crazier so we are never in any doubt that this is a Sam Raimi film.

At 2 hours in length Doctor Strange moves at a breakneck pace and unlike so many other movies these days it doesn’t overstay its welcome.

Benedict Cumberbatch has made the role very much his own the way Robert Downey Jr. embodied Iron Man and he gets some nice heartfelt moments here; in fact this is surprisingly one of the most emotionally driven MCU movies I‘ve seen for some time.

It helps to have viewed Wandavision before seeing this as it continues that story arc so if you haven’t watched it then you may be a little confused as to what’s going on at times but I’m sure you can figure it out. Elizabeth Olsen is wonderful as the tortured Wanda still struggling to cope with the loss of Vision and her “kids” and she also adds an emotional core to the story.

Xochitl Gomez is a welcome addition to the cast as America Chavez although her role isn’t the most exciting but I’m sure she’ll be given more to do in future movies.

Doctor Strange in the Multiverse of Madness contains arguably my favourite scene in the history of the MCU… which I won’t spoil here but there are several genuinely crowd-pleasing moments and fans are going to go crazy over them.

This being a Sam Raimi film then that means Danny Elfman provides the score and he doesn’t disappoint; although it doesn’t have a memorable theme tune it still has some epic choirs and genuinely trippy cues making it one of my favourite recent superhero movie scores.

This latest Doctor Strange film doesn’t always work and it might be too bonkers for some tastes but I haven’t enjoyed a film at the cinema this much for some time.

Overall, Doctor Strange in the Multiverse of Madness is the most Sami Raimi film you’ll see this year with equal amounts horror, comedy and pathos as well as crazy action sequences to be worth venturing out to the theatre again.