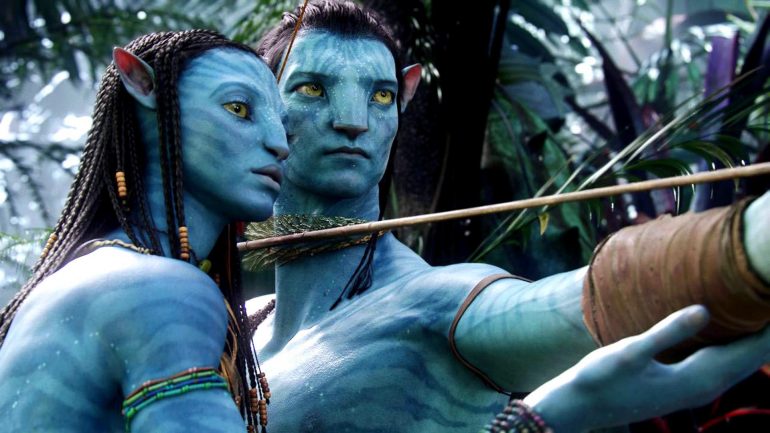 Does Anyone Really Want Avatar Sequels?

I’m not one of the people who hate Avatar; I actually love it and think it’s one of the most visually stunning movies I’ve ever seen. Sure the story was a rehash of a million other plots but the action, visuals and music made it a great watch. It’s one of the few movies where the 3D was genuinely immersive and you felt like you were living on this other world known as Pandora.

I obviously wasn’t the only person who liked the movie as it remains the biggest movie of all time with nearly $3 Billion in the global box office.

A sequel was inevitable but I’ve been wondering lately if the movie really requires one. I thought Avatar ended nicely with Jake Sully (Sam Worthington) now permanently feeling blue and going to live happily ever after with Netiri. The evil humans were driven away and the Navi were able to live in peace on their planet. The End? Nope.

Now there is word of 3 sequels to the movie due out in the next few years which will explore other areas of Pandora, like the underwater world and surrounding moons. Word is they will be using underwater performance capture to create this new world.

Producer Jon Landau revealed at the NAB Technology Summit on Cinema details on this new technology:

“We have kept a team of digital artists on from Avatar in order to test how we can create performance capture underwater… we could simulate water, but we can’t simulate the actor’s experience, so we are going to capture performance in a tank.”

I have no doubt it will look spectacular but the thing is, it was the visuals which made the first movie such a success and surely the novelty has now long since worn off.

We’ve seen Pandora and all the pretty pictures so are we just going to get more of the same with humans coming back with a bigger army? Well, it sounds like that’s a resounding “yes”.

According to recent reports in the Hollywood Reporter, Stephen Lang will return as the villainous Colonel Quaritch in all three forthcoming Avatar sequels, despite being very dead by the end of the first movie.

To me this sounds like a pretty asinine idea; I enjoyed Quaritch as a bad guy… but he’s dead… DEAD!

I don’t want to have a clone or some shit in the next movie as that would just be a real insult to the intelligence…. because big blue aliens are perfectly believable.

Sigourney Weaver is also meant to return, despite being dead so really, are the events of the first movie just a complete waste of time? It’s like The Avengers; the only emotional point in the movie was Agent Coulson’s death… which we now find out was all a ruse to bring the team together… riiight. It now made that emotional death scene moot and removes any drama.

I know I should have faith in Cameron as there is no denying that he is an innovator and a legendary director, so the films will probably be spectacular.

I would really like a more interesting story this time though to go with the visuals and how about some new bad guys instead?

I loved the rumour of having Arnold Schwarzenegger coming on as the villain but sadly that was indeed just a rumour. Seeing him as a grizzled old Army General hell-bent on revenge after their humiliating defeat by the Navi would have been pretty special.

We were all skeptical before the first movie came out as well and look what a huge hit it turned out to be. If there’s one thing I’ve learned, it’s to never underestimate James Cameron.