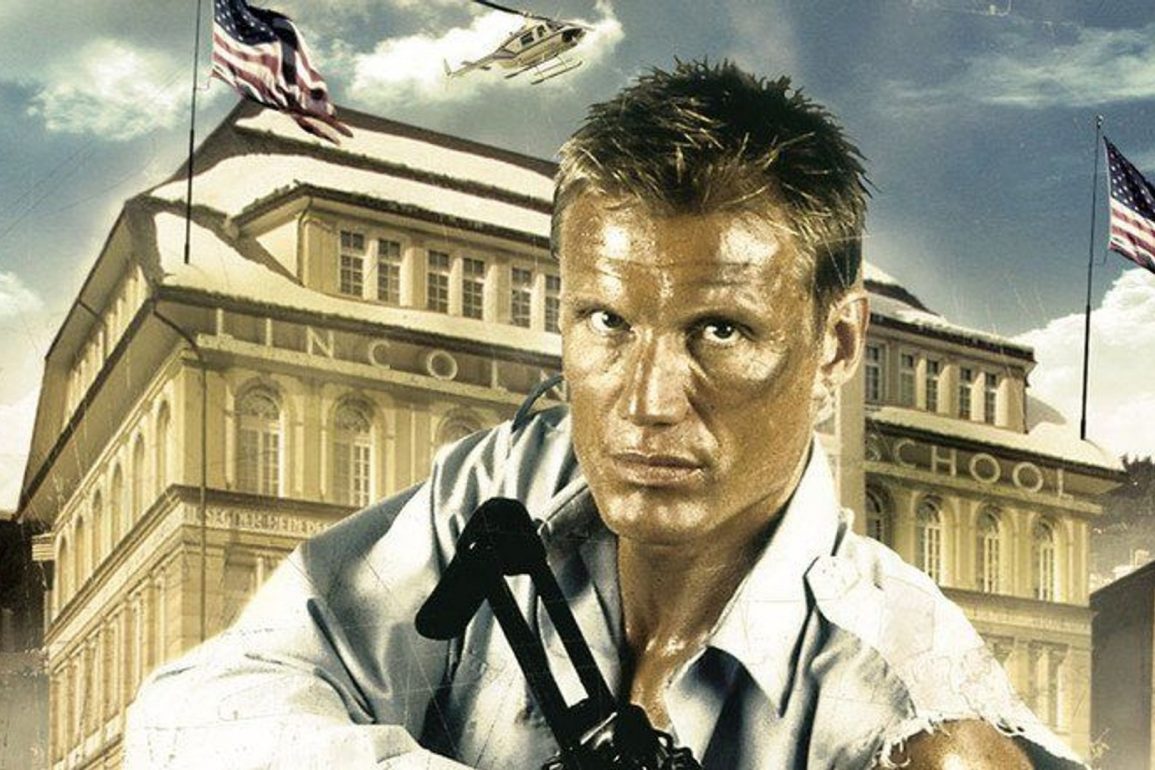 Dolph Lundgren stars in Detention which is a mixture of Die Hard and Toy Soldiers… except not as good as either. It’s still a fun time as he plays a soldier-turned-teacher called Sam Decker who defends his school against violent gunmen who plan to use the building in a drug-smuggling operation.

At first the supporting cast of high school kids are a bunch of selfish and generally unlikable misfits who only care about self-preservation. As the story progresses however, they eventually learn how to work together and how to be responsible. The acting is better than you’d maybe expect and I thought it was awesome that the disabled kid gets to take out one of the bad guys, making him a total badass.

Considering this came out in 2003 it still feels like an old-school 90’s style action film. At one-point Dolph even runs away from an explosion in slow motion which is one of the movie’s high points; he is perfect for this movie and Decker is a total hero who after not being able to save a young girl before when he was in the Army he refuses to make the same mistake again vowing to save all the kids. I did find he was a little under used though and there would be several minutes of screen time where we had no clue where he was.

There is a ton of action in Detention with nearly endless gunfire, explosions and fights with truly hateful villains.

Alex Karzis is hilariously over the top and camp as the big bad Chester Lamb but by the second half of the movie he starts to grate and you can’t wait to watch him die horribly… which he does.

The action is all practical so there’s plenty of squibs and a suitably high bodycount; I wasn’t expecting to care for the kids by the end but I sorta did and wanted them all to get out in one piece.

I remember thinking when I watched all of The Substitute movies that it annoyed me that at no point did anyone say “class dismissed!” after killing someone and that was the case with Detention as well.  I mean come on! If ever there was a perfect opportunity, it’s a movie like this. For shame.

At 98 minutes Detention does feel a little long and I found by the second half that the villains really should be dead by now as they were totally inept and frankly annoying. Still, as I said there is no shortage of action and it’s got a suitably explodey finale so genre fans should find plenty to enjoy.

Overall, Detention is not a great movie but it’s the ultimate guilty pleasure; the villains are ridiculous and it’s all utter nonsense but there is some impressive action and you can never go wrong with Dolph taking out the trash.