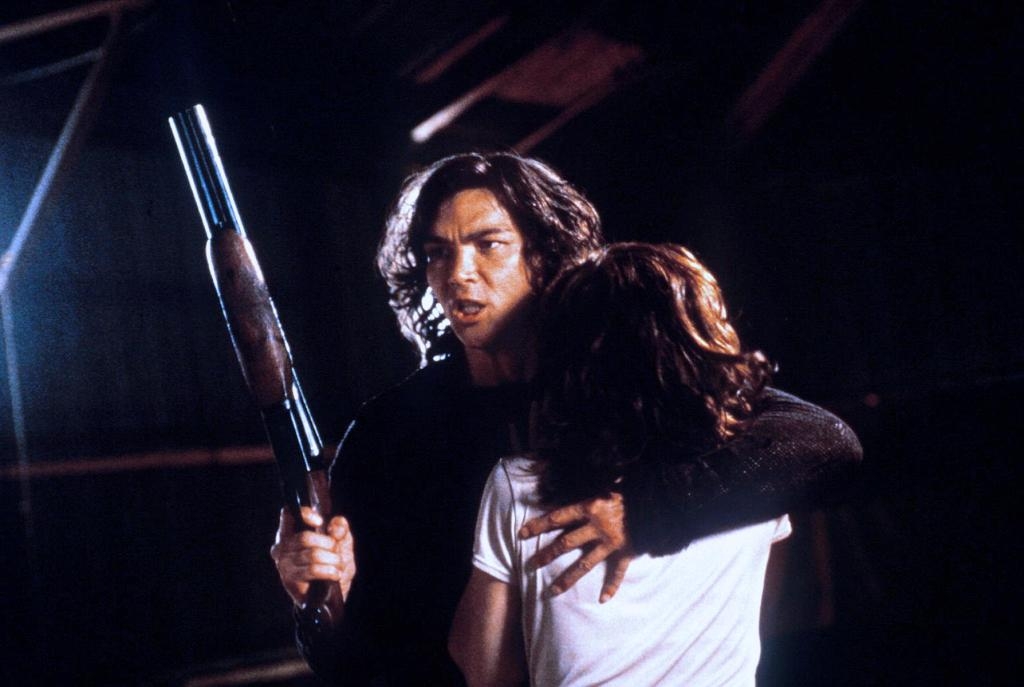 Plot: Jack Cutter is the last in long line of vampire hunters. After killing several vampires in an L.A. restaurant, he is chased both by police and by other vampires. In the process he meets a female reporter who requires his protection.

Don “The Dragon” Wilson stars in this fun action horror hybrid with Wilson playing the Van Helsing-esque Jack Cutter. After witnessing the death of his parents as a boy Jack grows up to become a vampire hunter using his wits and weapons to take out any bloodsuckers he comes across.

Night Hunter is very 90’s with a few Hong Kong style action scenes like double gunplay as well as Wilson wearing a long back trenchcoat throughout. It has a semi-serious atmosphere and feels like a mixture of Blade and The Crow; it’s not as good as either but it makes for an entertaining watch.

There is constant action keeping the pacing tight with Wilson facing off against various fighters like Cyborg’s Vincent Klyn and Ron Yuan. There is some hyper fast camera work which works in making the vampires look like they are moving faster than the eye can see although it does get a little dizzying at times.

The fight scenes are choreographed by Art Camacho so they are well done and plentiful making sure we are never bored. There are a few satisfying kills too; I love how traditional vampire killing myths don’t work and the only way you can kill them is to break their backs. That’s just mean.

The acting isn’t the greatest but this is 90’s B movie stuff so who cares? It still fills me with that strange joy only 90’s movies can and it’s the type of actioner I can watch regularly.

Nicholas Guest hams it up as the evil king vampire Bruno Fischer who laughs evilly on a regular basis as do some of his other vampire pals. David ‘Shark’ Fralick from JCVD’s Desert Heat plays a vampire who looks remarkably like Axl Rose and keep your eyes open for James Lew in the opening scene as Cutter’s dad.

Overall, Night Hunter is exactly what you’d want it to be with some corny moments and dodgy acting but there is plenty of action and watching Don Wilson taking out the trash is always a good time.