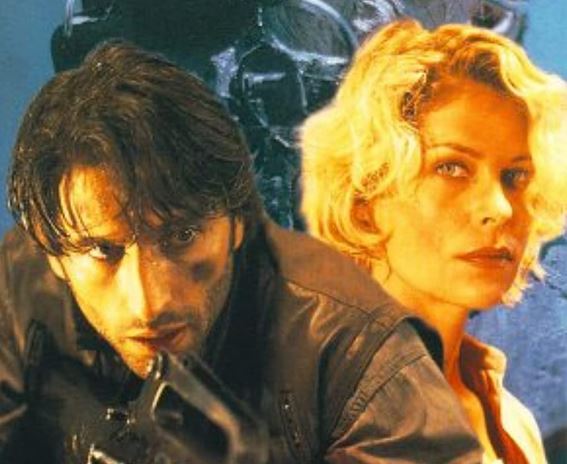 Downdraft has some entertaining moments and Vincent Spano makes for a likeable lead but the visuals really don’t hold up and there are so many other films which have similar stories but are done better.

Plot: Only Special Forces agent Jack Slater and his computer programming sidekick can save the world from Armageddon when the supercomputer masterminding America’s nuclear initiatives goes berserk with power and decides to launch the missiles.

Review: Vincent Spano plays Jack Slater (Yes Jack Slater!!) in this low budget Terminator knock-off that has a few fun moments but is generally very much a product of its time with some early CG that looks awful by today’s standards. Spano himself makes for a likeable enough lead as Jack, a former special forces operative who was wrongfully imprisoned but he gets a chance at freedom when he is asked to prevent a machine from starting a new world war.

On villain duties is the late Paul Koslo (who sadly passed away in 2019) playing deranged General Devlin who unleashes a cyborg killing machine underground so it’s up to Jack and his ragtag team of heroes to save the day.

One of the team is called Babe and is played by Sandra P. Grant but she is the kind of character that you know is doomed from the start as she is rather annoying and panics every few minutes. Jack also teams up with Russian agent Alexa and they end up slowly falling for each other.

In terms of action we get some shoot-outs and a few fights and although this is a Canadian TV movie I’ve seen plenty worse… but then I’ve seen a lot of bad films.

Overall, Downdraft has a few fun moments but it’s generic stuff and nothing stands out so I would recommend just watching Terminator or Universal Soldier again instead.