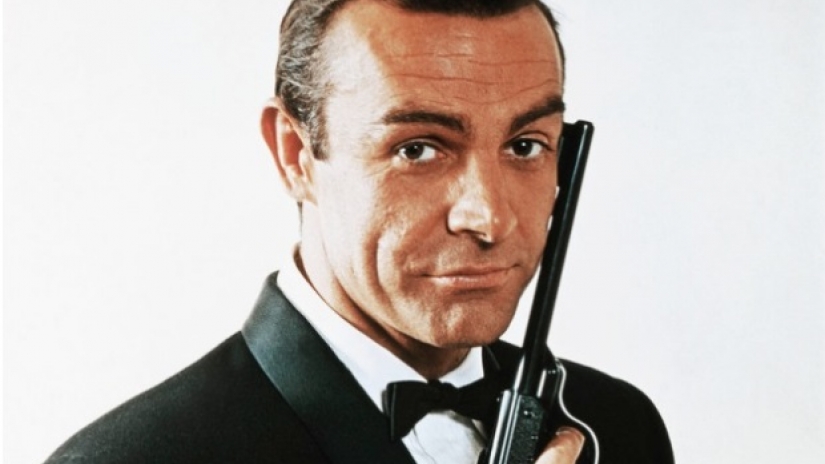 Dr. No is my second favourite Bond movie but this is arguably Connery’s finest turn in the role and to this day it remains a complete classic.

Plot: A resourceful government agent seeks answers in a case involving a missing colleague and the disruption of the American space program.

Review: This movie is the sole reason that Sean Connery will always be the best Bond for me. He has the best character entrance of all time and there is no cooler human being alive… aside from me. The way the scene opens and we see his hands playing cards; the lady introduces herself and then he says THE line and an icon is created.

This and Goldfinger are my two favourite James Bond movies and the reason I love this one so much is how straightforward it is. There are no gadgets and surprisingly few one-liners. Bond is ruthless as hell and when he shoots the professor: “You’ve had your six” it’s true that nobody does it better.

You really get an idea of Bond’s paranoia and solitude in this movie with him going around his room at one point, setting it up in case anyone should come in while he’s away. When he comes home at night, he opens up a bottle of Vodka and sits in a chair, falling asleep. There really isn’t anything glamorous about his life but he is excellent at his job.

Although it’s probably more than a little racist today, Joseph Wiseman’s turn as “Half-Chinese” villain Dr. No is incredibly effective and creepy. He’s sinister and even more cold than Bond.

I don’t think you actually see him blink once which makes him all the more odd. There’s a great Bond villain type scene where the Professor comes to the Doctor’s island and is sitting in a room with the Doctor speaking to him through a speaker.

True Lies actually ripped this scene off when Jamie Lee Curtis is essentially getting interrogated by her husband. It is difficult not to smile though, thanks to Austin Powers.

Ursula Andress is arguably the most gorgeous Bond girl of all time, spending the majority of the movie in a bikini, which is absolutely fine. She doesn’t have much to do except look good and get rescued by Bond, but that works for me.

The movie is incredibly well paced and has plenty of action; it’s smaller in scale than the Bond movies of today and I think that’s a good thing. It’s more of an espionage movie and I find it tense and exciting.

You’ve got THE theme tune playing for most of the movie too, which is just how I like it.

Overall, Dr. No is my second favourite Bond movie but this is arguably Connery’s finest turn in the role and to this day it remains a complete classic.