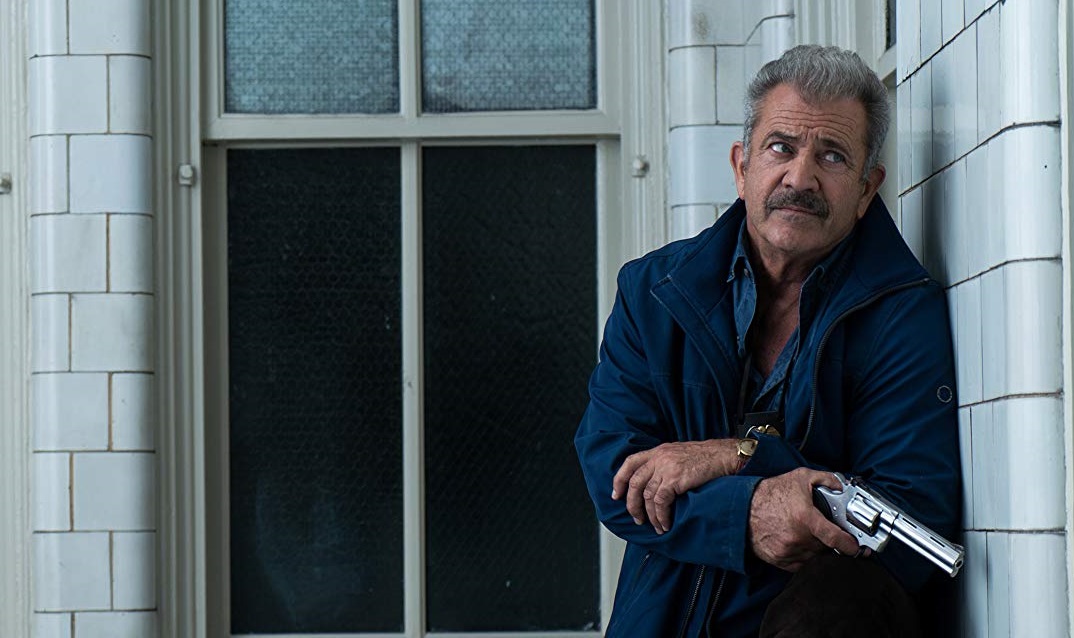 Dragged Across Concrete will definitely test your bladder with its overlong runtime but the excellent cast, acerbic dialogue and moments of shocking violence make it a must see.

Plot: Once two overzealous cops get suspended from the force, they must delve into the criminal underworld to get their proper compensation.

Review: S. Craig Zahler is one of the best filmmakers working today and I consider a new movie from him an event. I loved Bone Tomahawk and Brawl in Cell Block 99 as Zahler isn’t afraid to let his stories take their time and with this movie in particular he reminds me of Tarantino as a filmmaker but without the same ego. Dragged Across Concrete isn’t as violent as Brawl or Tomahawk but it still has several jarring moments of bloodshed that manage to shock.

At 2 hours 38 minutes it is a little too long and not something you’d want to watch often however, I didn’t even pause the film during the entire runtime. There isn’t much in the way of action for the first half but it’s letting us get to know our characters all of whom are complex dealing with themes like police corruption, how everything is politically motivated today, privacy and how the media controls so much of our modern society.

Mel Gibson and Vince Vaughn are both at the top of their game giving the best performances of their careers as two cops who sometimes go too far while trying to arrest their suspects and on their most recent arrest they are filmed being overly aggressive which ends up getting them suspended for 6 weeks. This doesn’t go down well with the two cops who are struggling to get by financially as is. Brett Ridgeman’s (Gibson) wife is disabled due to her multiple sclerosis and his daughter has been assaulted 5 times while living in their shitty neighbourhood.

Ridgeman is at his wits’ end so when he approaches his partner Anthony Lurasetti (Vaughn) you can understand his sheer desperation to get out of his current situation. Anthony wants to propose to his girlfriend but is also struggling to make ends meet so he reluctantly agrees to help Ridgeman rob a criminal so they can change their lives for the better.

Ridgeman is one of Gibson’s most challenging characters to date as he isn’t particularly sympathetic; he clearly loves his job a little too much, is a bit of a racist and although we know he loves his family he is cold towards them; one scene has him sitting with his daughter watching TV and although they are sitting on the same couch they might as well be miles apart.

Vince Vaughn is at his very best when working with Zahler and I hope he shows up in all of his pictures in the future as I far prefer him as a dramatic actor rather than in comedy. Anthony is a little more amiable than Ridgeman but he also has his flaws… he listens to jazz for one thing.

Gibson and Vaughn may be advertised as the leads and they do get the most screentime however, the main protagonist is actually Henry Johns (Tory Kittles) who is recently released from prison and discovers his mother has had to become a prostitute to pay the bills and look after his disabled younger brother. He agrees to do a job with Biscuit (Michael Jai White) and work with some rather psychotic foreigners to pull off a robbery.

Johns is arguably the most honourable character who clearly loves his family so we understand why he agrees to do the job even though we know things are going to go crazy before it’s all done.

Michael Jai White is in more of a supporting role and doesn’t have any fight scenes as it isn’t that type of movie; this is more adult orientated fare dealing with the choices we make and how they can make or break our lives.

So nobody has it easy and it feels very much like a story for our times where we are all struggling to get by and everyone is doing whatever they can to feed their families.

The long runtime and deliberate pacing will put some off but if you’ve seen Zahler’s previous films then you will know this by now and it should be expected. The final half hour is when things kick off with satisfying moments of graphic violence and shootings so you shouldn’t be disappointed on that front.

There are also several laugh out loud moments with some acerbic dialogue and killer one-liners. The banter between Ridgeman and Lurasetti provides much of the dark humour which balances out against the bleaker tone of the movie.

Dragged Across Concrete doesn’t actually have a music score which is rare in this day and age; there are a few songs throughout but mostly it’s propelled along by the dialogue which is refreshing. As someone who has a hearing aid I find a lot of the speech is difficult to understand as there is usually a lot of background noise but this was a breath of fresh air and I would love more filmmakers to get back to appreciating stillness in their pictures.

Overall, Dragged Across Concrete is far too long and I think I prefer Brawl in Cell Block 99 as it has more intense violence but with its stellar cast, bleak sense of humour and a cast at the top of their game it’s going to be one of the best movies of the year for me.