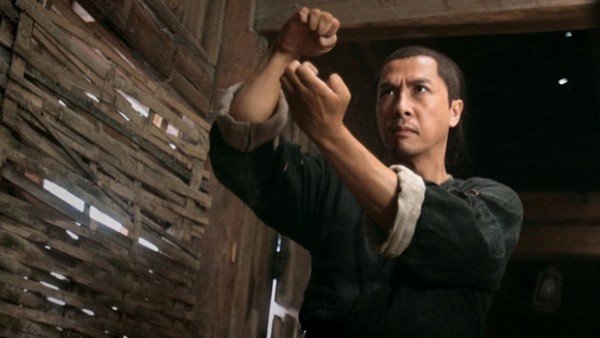 Dragon is one of Donnie Yen’s finest hours with stellar performances, bone crunching fight scenes and a riveting and unpredictable story. It’s a little slow in parts but I found it incredibly rewarding by the end.

Plot: A papermaker gets involved with a murder case concerning two criminals leading to a determined detective suspecting him and the former’s vicious father searching for him.

Review: Donnie Yen stars in this visually stunning and surprisingly moving martial arts tale about a man unable to outrun his past. Yen plays Liu Jin-Xi; one of his most interesting characters to date but the movie is also one of his finest acting performances since the Ip Man films.

Liu Jin-Xi comes across as a loving family man and we have no reason to suspect anything different during the first 20 minutes. When two thugs come to town to rob the local store Liu Jin-Xi reluctantly stops them and is considered a hero.

When Detective Xu Bai-Jiu (Takeshi Kaneshiro) arrives to investigate the murders of the two men, he is immediately suspicious of Liu Jin-Xi and we eventually discover there is far more to this papermaker than meets the eye.

Xu Bai-Jiu is a man almost obsessed with the law and the fact that he is even ostracised from his own family because of it shows that he will stop at nothing to find out the truth.

Kaneshiro nearly steals the movie with his excellent performance; a man with his own demons, trying to do the right thing… at any cost.

Dragon is beautifully shot and every scene looks like a painting; the score is hauntingly melodic and instantly grabbed my attention during the opening credits.

The movie is a little slow in places so it may not be for everyone, but I found the story so fascinating that I barely noticed the time going by. It has one of the best scripts of any Donnie Yen film and my favourite scene is when Xu Bai-Jiu and Liu Jin-Xi are discussing karma. It actually makes you think rather than just one fight after another. There are only a few fights in the movie and the moment when Liu Jin-Xi reveals his true identity is the definite action highlight. Yen choreographed the fights himself and they are jaw-dropping.

When the main villain appears towards the end (I won’t say who for spoilers’ sakes) he is immediately intimidating and the final 20 minutes are not only tense but have a visceral and brutal fight scene.

Overall, Dragon is one of Donnie Yen’s finest hours with stellar performances, bone crunching fight scenes and a riveting and unpredictable story. It’s a little slow in parts but I found it incredibly rewarding by the end.